89 Years Of The IAF: The Indian Air Force Amid The Bangladesh War

The Kamikaze attack, notwithstanding, stands testament to the grit, determination and courage of the Indian Air Force.‍ 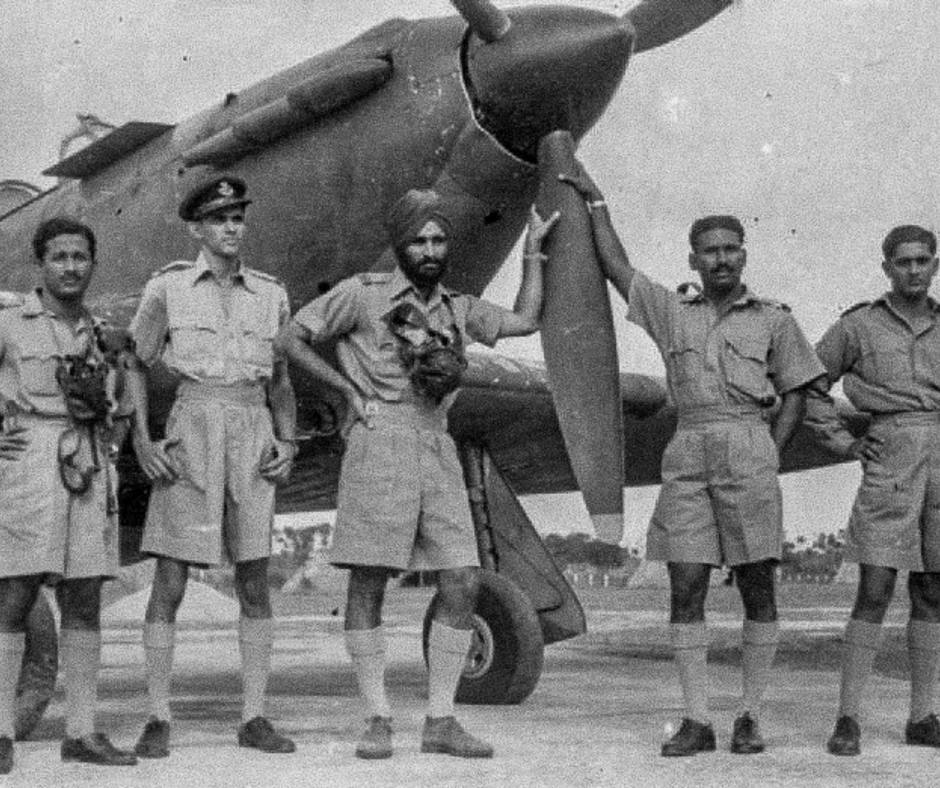 Marshal of the IAF Arjun Singh during the Second World War. Representative image.

By December of 1971, the outcome of the Bangladesh Liberation War seemed certain. In East Pakistan, now Bangladesh, the Pakistani troops had suffered a hammering by the Indian forces, soon to surrender. With its strength at the zenith, India seemed in pole position to attack West Pakistan too—a prospect that troubled the Americans.

President Nixon of the United States, no friend of India, saw Pakistan as an important ally under the South East Asia Treaty Organisation (SEATO). Pakistan, the Americans believed, would help them consolidate power over South Asia, as well as act as a go-between with China. With National Security Adviser Kissinger, Nixon devised a plan to deter India from further action against Pakistan.

Accordingly, Task Force 74 of the US Navy was directed towards the Bay of Bengal under the pretext of “prudent contingency measures”. Its hallmark was USS Enterprise, America’s first nuclear powered aircraft carrier. With it came over seventy fighter and bomber planes, destroyers and guided missiles, among others.

In the face of the fearsome fleet, India’s INS Vikrant and twenty or so planes proved little match. The sourness of Indo-US ties, the speed with which Pakistan was collapsing and the American desperation to protect Pakistan—all indicated that the threat of Task Force 74 was serious. India needed to act.

It was at this juncture that the Indian Air Force rose to the occasion. The idea was to launch a Kamikaze style attack on the USS Enterprise fleet, along the lines of those conducted by Japan against Allied vessels during the Second World War. These were suicide attacks, far more effective than conventional air attacks.

The aircraft would act as a pilot-guided missile—crashing into the rival ship and exploding. A Kamikaze attack would delay, if not destroy the American fleet, giving India enough time to capture Dhaka and bring the war to a decisive end. Canberra, a medium sized bomber aircraft of the IAF, was chosen for the task.

Wing Commander Krishna Kumar Badhwar would lead the mission, with forty other pilots—all prepared to fly their planes towards their own death, for the country’s cause. The attack was flagged off, and seemed imminent. At this juncture, the Soviet Union intervened.

It deployed two Cruisers and a Submarine in the Bay of Bengal, to counter the American threat and reaffirm their support for the Indian cause. This, eventually, would deter the American fleet from advancing, giving India enough time to consolidate its position in Dhaka, winning the war. The Kamikaze attack, notwithstanding, stands testament to the grit, determination and courage of the Indian Air Force.