A New Vision For Indo-Israeli Relations

One of the main tenets of India’s foreign policy is formation of partnerships with countries that hold similar views. 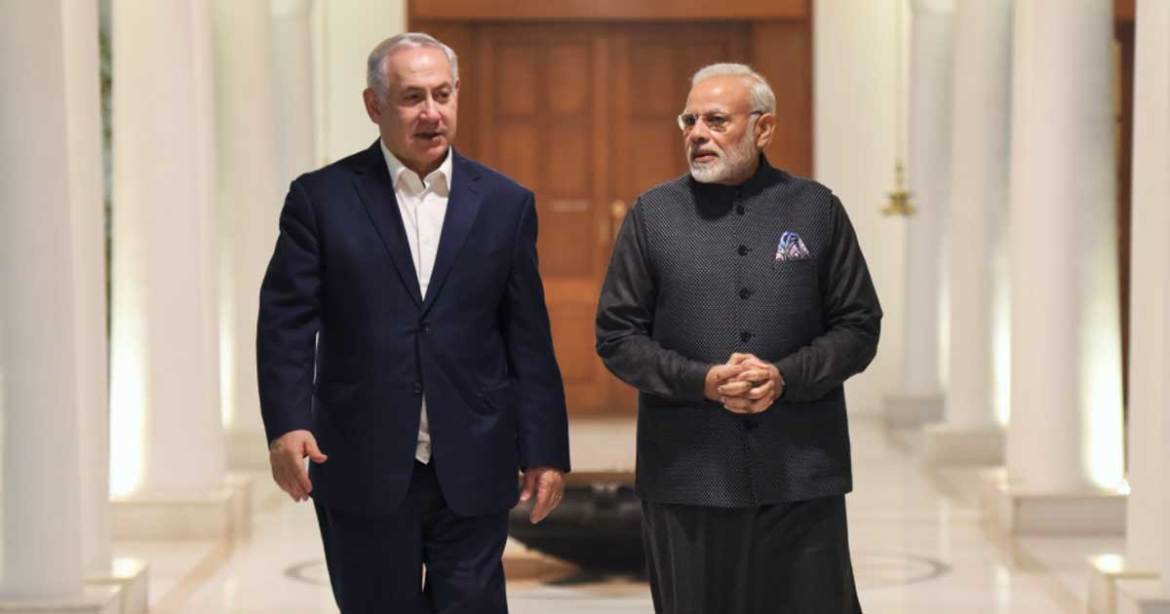 On the evening of 29th January 2021, an Improvised Explosive Device (IED) went off hardly a few meters away from the Israeli Embassy in New Delhi. The blast occurred on the day that marked the 29th anniversary of the establishment of diplomatic relations between India and Israel. Evidence collected from the blast indicated that it was perpetrated to seek revenge for the assassination of the Iranian Revolutionary Guard Corps (IRGC) general, Qassim Soleimani and the Iranian Nuclear Scientist, Dr Mohsen Fakhri Zadeh by Israeli covert forces.

The corresponding foreign ministries of India and Israel issued their statements on the blast, with Indian Minister of External Affairs S Jaishankar pledging and ensuring the complete protection of the Israeli Diplomats. Though the incident was not of a severe magnitude, (only property damage was reported), it reminds us of the growing diplomatic relations between India and Israel which holds the potential for further progress and advancement.

Parallelism between India and Israel

The Indo-Israeli relations are often overlooked and underestimated. While India does have allies on both spectrums of the diplomatic aisle (like the USA and Russia), smaller yet strategically crucial nations such as Israel are equally crucial. The alliance between India and Israel has prospects for enormous headway to be made.

One may question why India needs a small Middle Eastern country as its ally when it should be pursuing its concentric “Neighbourhood First” policy. To answer this, we look at the plethora of similarities that exist between the status quo of the two countries, which is more than one can imagine.

One of the main tenets of India’s foreign policy is formation of partnerships with countries that hold similar views. Both India and Israel are in a geopolitically volatile region — prone to various uncertainties accompanied by discords occurring frequently. Another obvious observation to be made is that both these countries have struggled with an Islamic neighbouring entity — Pakistan and Palestine. In addition to this, both have intense territorial disputes with those countries — Kashmir, and, West Bank & Gaza, respectively. India and Israel are also antipathic to the idea of Islamic extremism, terrorism and militarism and consequently face constant threats from terrorist organisations such as the Lashkar-e-Taiba or the Hamas.

The very aim of these terrorist groups is to instate the disputed territory to the conflicting nation of India and Israel and liberate the Muslim minority in the two countries. It is also seen that both these countries have a strong, rival power — China and Iran — looking over them in the region, wishing to quell the countries’ power and influence. On the same tangent, these similarities which exist between India and Israel associate them with the United States, with Israel being a ‘Major non-NATO Ally’ and India being a strong trade and defence partner of the USA. It is also interesting to regard that the political chronology of the two countries holds striking similarities — between 1948 and 1977, the HaAvoda left-leaning centrist party held considerable power in Israel, while the INC dominated the politics of India. After the advent of the right-wing populist Likud party in Israel, the NDA led coalition in India also gained power. These similarities just go onto show the multitude of areas in which India and Israel can work together and nurture cordial relations.

Of course, it is not being denied that India and Israel already enjoy a strong relationship, but by recreating and moulding relations as regional geopolitics changes, India can reap a wide variety of benefits ranging from border disputes to countering terrorism to its defence capabilities to ocean security in the Indo-Pacific. As indicated by our External Affairs Minister, who appealed for the utilisation of the fundamental and deep comfort enjoyed by the two nations to further the “forward and upward trajectory” in bilateral ties.

Israel, as we have seen in the last few years, is equally keen on an strong partnership with India. The controversies that surround the nation will be tricky to handle, but there are ways that India can, and should, take it forward. With this broad context set, the second part of the article will outline the precise ways open to New Delhi.