A War To Remember: The 1962 Clash With China Kicks Off

The failure on the Indian side subsequently prompted introspection, reform and modernisation of the forces—goals that remain half-done. 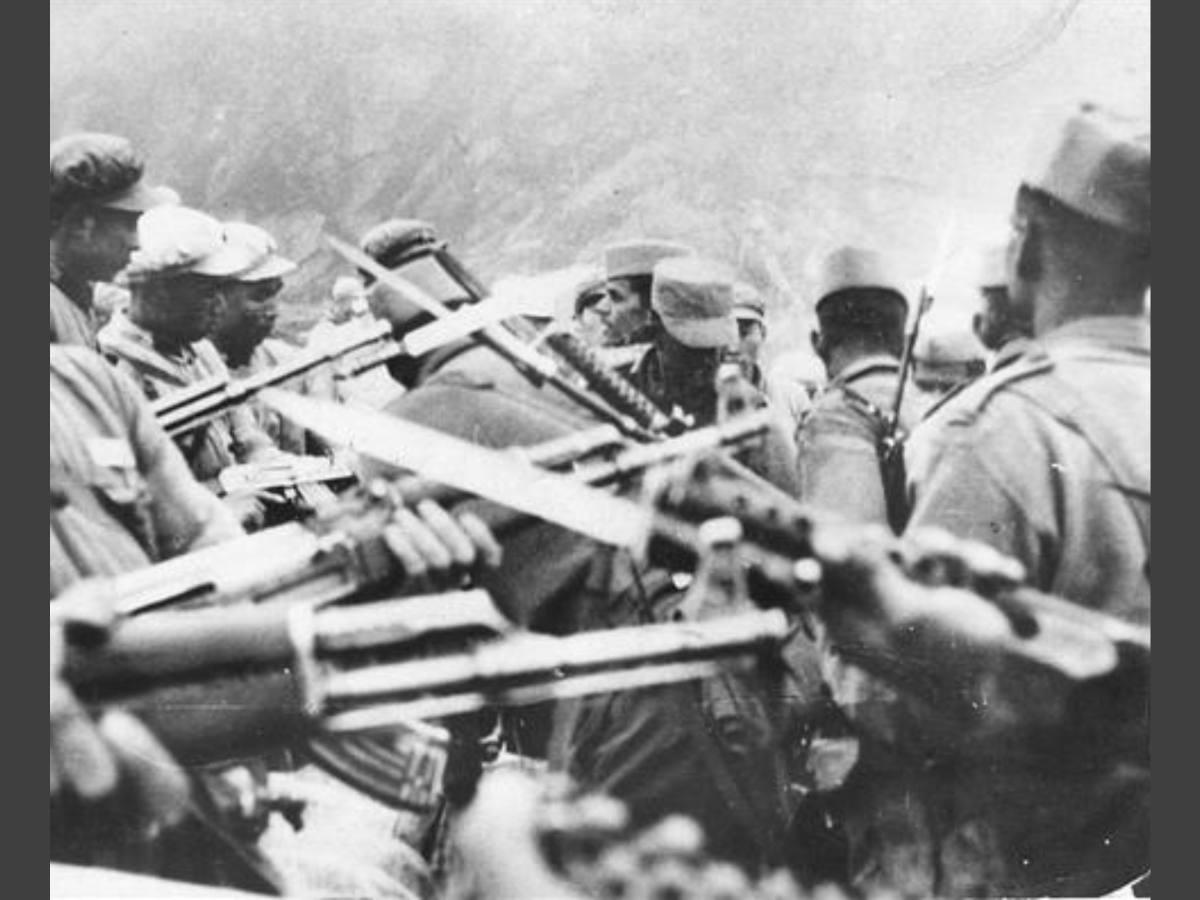 Soldiers from the Indo-Sino war

Churn and flux in South Asia in the early decades of the twentieth century made for several uneasy relationships and simmering conflicts. Among these were the Indo-China ties.

Disputed borders in both Ladakh and Arunachal Pradesh made the relationship especially contentious, though often overlooked by Indian policymakers in light of the more emotive Indo-Pakistan conflicts.

Convinced by his Ambassador to China, KM Panikkar, then-Prime Minister Nehru was often dismissive of the Chinese threat. The border dispute, he believed, was irrelevant, if not non-existent.

“All these are high mountains. Nobody lives there. It is not very necessary to define these things,” he said, when asked about the border problem.

The Chinese however, had different ideas. It was only in 1959 that Chinese Premier Zhou Enlai would tell Nehru that in their view, there was no mutually agreed Sino-Indian border at all.

He proposed a settlement—China would accept India’s control over Arunachal Pradesh, and India would recognise Aksai Chin as part of China.

In the face of domestic political compulsions however, Nehru came to reject the proposal. Around the same time, several other factors were at play. In March that year, the Dalai Lama was granted asylum by India, further souring the Indo-China relationship.

Soon after, reports of violent skirmishes across the border began to flow in.

On 20 October, the People’s Liberation Army of China launched two attacks—one on Aksai Chin in the West, and the other on the Namka Chu river in the East.

With decreased deployment and a constrained defence budget, these were attacks that India had neither anticipated, nor prepared for.

At the helm of affairs were Defence Minister VK Krishna Menon and Army General Thimayya—a pair perpetually hostile to one another.

Menon’s suspicion that Thimayya would launch a coup on the Indian Government and Thimayya’s distaste for Menon’s style of functioning led to an effective, and unfortunate, breakdown of civil-military cooperation during the war.

Troops were not deployed in time, diplomatic efforts were insufficient and the government refused to deploy the air force. India’s appeals to aid from the United States and USSR would too, go largely unheeded.

Chinese troops pushed back Indian forces in both Western and Eastern theatres, capturing large tracts of land and leading to the loss of over 3000 soldiers on the Indian side.

Just as abruptly as they attacked, on 21st November that year, China announced a unilateral ceasefire. By March 1963, Chinese troops had withdrawn from territories they had occupied during the war.

Later records indicate that the Chinese intention was not to occupy Indian land, but to “send a message”. Mao would say that it was not the territorial issue of the border, but the prestige issue of Tibet that had triggered the Chinese attack.

The failure on the Indian side subsequently prompted introspection, reform and modernisation of the forces—goals that remain half-done.