America Needs A Better Answer To The China Question

If America truly stands for democracy then it needs stop focusing on close allies and try to bring as many nations as possible on board. 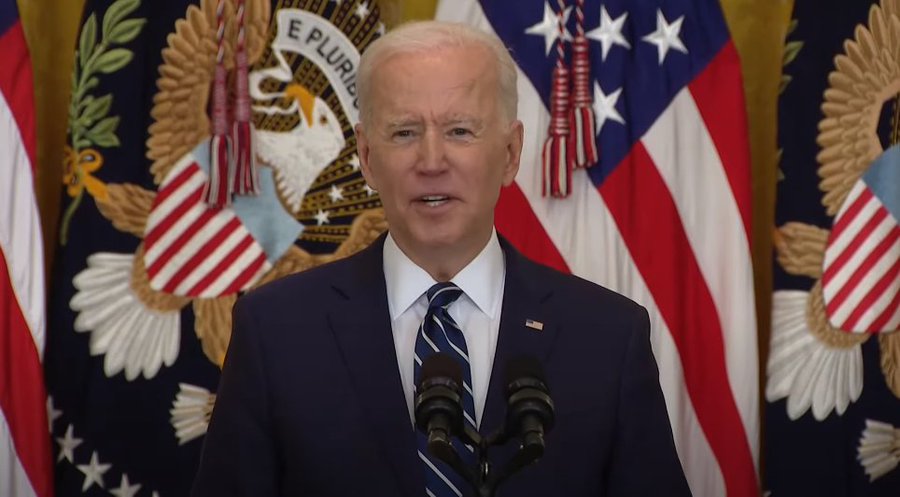 With the recent Hypersonic Missile test by China, experts have raised concerns over the possibility of a new arms race. However, if Washington hopes to maintain its position as the pre-eminent power it needs to provide the world with tangible evidence of its benevolent nature.

The world witnessed horrific scenes from Afghanistan as the last American military plane left the Kabul airport on 30 August. People falling from the skies after failed desperate attempts to cling on to the wheels of evacuating flights, women handing over their newborns to American soldiers, the Afghan president fleeing the country, minorities breaking down as they were forced to leave their ancestral homes. Each image was screaming of American failure, raising questions on their military might and commitment to allies.

While this catastrophe unfolded, some 4000km away Beijing was testing some advanced technology. On 17 October, Financial Times broke the news that China had tested nuclear-capable hypersonic missiles. The almost-successful undertaking took US intelligence by surprise and caused global panic as China, which already has the largest navy in the world, was now possibly leading in terms of missile technology. The two successive events created the perfect optics to confirm the commencement of power struggle between Beijing and Washington, a rivalry most are calling the new cold war.

Whereas the first readings of the missile tests have all hinted towards the beginning of an arms race, things have changed a lot since the first time the communists and capitalists ravaged the planet for influence. Primarily, China is not like the USSR in its approach to capitalism nor has it shown an extreme commitment to spreading communism across the world. They have stuck with some amount of expansionism but that is more territorial than ideological. This makes the probability of a direct armed clash with the US almost negligible and the idea of having proxy conflicts unlikely. However, that does not mean China isn’t challenging American hegemony.

The Belt and Road Initiative

China is using trade and economy as a means to overtake America without radically disturbing the current order. The key to their plan is the Belt and Road Initiative (BRI), a project which will see construction of land and sea routes to reshape global trade with China in the center. China is investing over a trillion dollars in nations across the globe and providing loans to facilitate construction of new infrastructure.

While it sounds like a win-win for both China and the countries participating, close scrutiny tells a different story. What China does is it provides high-interest loans for infrastructure while also being the ones to build the project. In the process, the countries which take loans end up paying the money back to China without actually creating jobs on ground.

So far it has been difficult to assess the cost and benefit of the projects undertaken by China. A study done by AIDDATA revealed that the loans under BRI were deeply predatory in nature. The first thing the study notes is the interest rate—most OECD companies give loans at 1.1 per cent whereas China was giving loans at 3.78 per cent. Today, 42 countries have more than 10% of their GDP as debt to China.

What makes the BRI non-threatening?

Despite this the BRI remains popular with the people (Akon, went as far to say that no country on this planet had done more good for Africa than China). At the end of the day, China seems to be the only nation interested in helping medium and low income nations with quality infrastructure. The West does not have great relations with most underdeveloped nations in terms of aid, especially when it comes to African and Central-American nations.

Moreover, Chinese loans do not come with moral dictations. On the other hand, the World Bank and the International Monetary Fund—the Bretton Woods twins—take a look at the record of a country’s internal affairs, which is almost always perceived as interference by the locals. The funds that the twins do give are usually supposed to be spent for very specific goals, such as SDGs. Perhaps well intentioned, these mandates come across as a burden passed down by the more privileged nations to the have-nots.

A case in point is the climate talks. At this point there is simply no denying the danger of climate change; it is in fact developing nations like Bangladesh which have emerged as ground zero for climate catastrophe. However, despite periodic sermons from a few organisations about the dangers of using energy sources like coal, there has not been much support. For the most part, only newer funds get created.

When it comes to actual funding there is hardly any action. The best example of it is the Green Climate Fund, which has a great structure and an elaborate website, but since March 2020, it has only been able to provide $8.8 billion to African countries due to a lack of finance. Without such moral compulsions, the Chinese have funded and led projects despite the cost to the environment.

People only tolerate an order as long as they are convinced of its benevolent nature. Over the last two decades, as Beijing has consolidated its power and expanded across the globe, Washington has made one foreign policy blunder after another—from the wars in Afghanistan and Iraq that emboldened groups like Taliban and ISIS to killing Muammar Gaddafi that left Libya war-torn and in chaos. This policy of interventionism has created a monstrous image of the American state.

As the world comes closer on social media, scepticism against Americans has increased manifold. When a singer like Rihanna decides to make a simple tweet about the farmer protest in India, it becomes a national issue and triggers waves of conspiracy theories. On the contrary, China keeps any aggressive keyboard warriors behind their infamous firewall.

Owing to these policy blunders, countries in troubled regions have found a convenient punching bag in America. Now, most at this point know that it was the CIA who trained the Taliban. What is less known is that it was Pakistan that handpicked these radicals to lead the counter movement against the Soviet invasion. Despite this, the Afghanistan crisis is largely blamed on the USA.

The idea of the American Dream, a society where you could achieve everything you were capable of, was something that at one point inspired millions across the world. The dream brought in skilled workers to the United States who all contributed to the economy in positive ways. Over the years, as non-western nations have found their ground and re-built themselves, an aspiring generation has emerged which hopes to have the same facilities as the West in their own countries.

China has partly tapped into this with the BRI. It has captured people’s imagination of having schools, colleges, hospitals, highways, railways and what-have-you. And with each successful project Beijing has earned more respect as a power that can counter the US. If America, along with the West, hopes to maintain its position, it must do more for this generation and give them something tangible  in order to convince them to adopt Western ideals.

The Chinese model of governance is also becoming more desirable. People have consciously taken their nations away from democratic leadership to more autocratic ones in hopes for a better life. The best examples of it are Sri Lanka, with the Rajapaksa family, and Rwanda, under Paul Kagame. China has heavily supported both the regimes and has taken up massive infrastructure projects to transform their economies.

If America truly stands for democracy then it needs stop focusing on close allies and try to bring as many nations as possible on board. Washington now needs to step up and come up with a global plan that brings substantial global growth for all allies and satisfies groups which are resentful of its interfering policies that do no good for them.