Are We Building A Nation Of Losers?

For decades our institutions of knowledge have been teaching children more about colonial masters and lost wars. 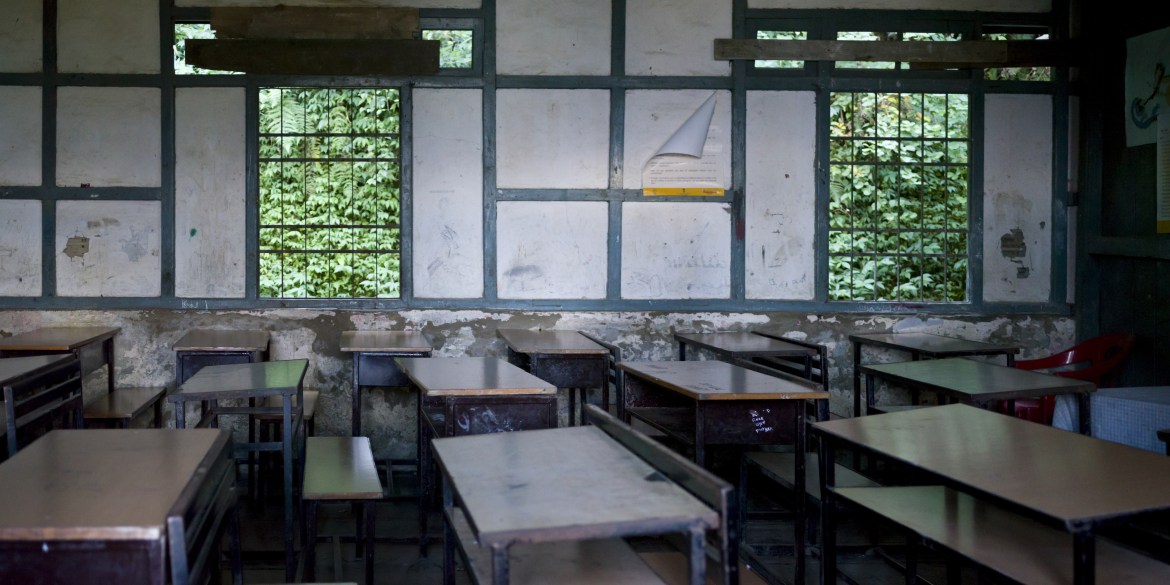 The plight of young India is such, that if a stranger asked us to name the battles we won, we’d be at a loss for words. Surely the history classrooms we sat in as children have a thing or two to do with this unfortunate situation.

An under-developed sense of civilisational identity, which is a direct result of the above function, continues to confuse and distort the perceptions of otherwise smart Zoomers (Generation Z).

The indicators are all around us, pointing at the same conclusion – that learners today are growing up with a handicapped worldview of their own history.

The Battle of Hydapses, Battles of Panipat, Haldighati, Plassey, Buxar – all occasions when defending Indian forces were crushed by their invading counterparts – casually find their way to the sections we mark as ‘important’ and then learn by-heart for reproduction in exam papers. Instances when we won and pushed our greatest enemies back by centuries, if not decades, are simply excluded.

Yet, the thinker in us seldom stops to wonder – We are still around. We must have won something.

First, we must see how history lessons on lost battles can impact a nation’s collective psyche.

If I had to put it in two crude words, I would use ‘slave mentality’. The phrase shows up whenever a discussion on different knowledge environments in India is triggered. For instance, the ailing education infrastructure, private investment in Research & Development, the puny number of patents filed, and so on.

In 2019, BusinessLine reported India’s Principal Scientific Advisor Prof. K VijayRaghavan admitting that our “R&D spend in percentage of GDP has been stagnant over the last two decades”. He also said that we lag far behind other nations like South Korea, China, Israel and the US.

India’s position on the Global Innovation Index, although steadily rising, is number 52. A comparison with China’s number 14 and Vietnam’s number 42 makes it clear that even the much-to-be-achieved argument is now an understatement. Data from World Intellectual Property Organisation shows the US filed around 597,000 patents in 2018 while China filed 1.4 million. India filed only around 50,000 and a little more than 13,500 of them received grants.

Statistics bear testimony to the fact that investment in knowledge has not been post-independent India’s top priority. This is peculiar for a country that has had a rich history of developing and leading world innovation. It is a different story that those parts of history are neither formally taught nor required to be learnt for exams.

India’s disinterest in investing in innovation and creation of indigenous technologies has been well established. But there’s a silver lining to it. Our history lessons may have injected ‘slave mentality’ into our minds but have not been able to dumb us down. India is still the country of ‘jugaad’ or quick fixes. Her penchant for innovation comes out in innumerable shades and colours, cutting across different variables like poverty or social exclusion.

However, the big question is – why do we restrict ourselves to little ‘jugaads’ instead of investing in scalable innovations?

Obviously, it is a behavioural problem. For decades our institutions of knowledge have been teaching children more about colonial masters and lost wars than India’s erstwhile position as the global leader in trade and innovation. Chapters on our resistance against invasions, and victories thereof, are shockingly (or not) missing.

The solution, however, is of inclusion rather than exclusion. An immediate and urgent overhaul of the history curriculum, which is sucked dry of diversity, must include chapters from the period of resistance and from different parts of the country. Children must know that invaders did not casually stroll into India and start ruling. Our ancestors fought back with courage and valour and successfully protected their lands for a thousand years before falling. A thousand years that we know nothing of.

To put it in perspective, we don’t know who the Ahoms from Assam are – they ruled for six hundred years. We don’t know the terrific story of how King Marthanda Varma from Kerala defeated the Dutch East India Company, which was the most powerful colonising force of that time. Neither do we know of the Umayyad Raids, which the Gurjara-Pratiharas successfully doused. The valour of Rajputs remains shrouded in mystery. The tale of the great Tamil emperor Rajendra Chola, who sailed an entire army across the sea to Indonesia, defeated the ruler, and returned without conquering it is unknown even to modern Tamils.

The absence of diversity in mainstream history textbooks has never become a talking point among activists that jump at every opportunity to fight social injustice. The first step is to become aware of the existence of a history we didn’t think could possibly exist. The second is to start teaching it. The third is for education institutions to acknowledge the problem and revamp their curriculum. Deleting chapters on democracy will not help.

This is a ticking time bomb that went off long ago. For damage control to work, social will must take the front stage.