Bengal's political history from 1947-67 is a case in point to understand its current landscape and put things in perspective. 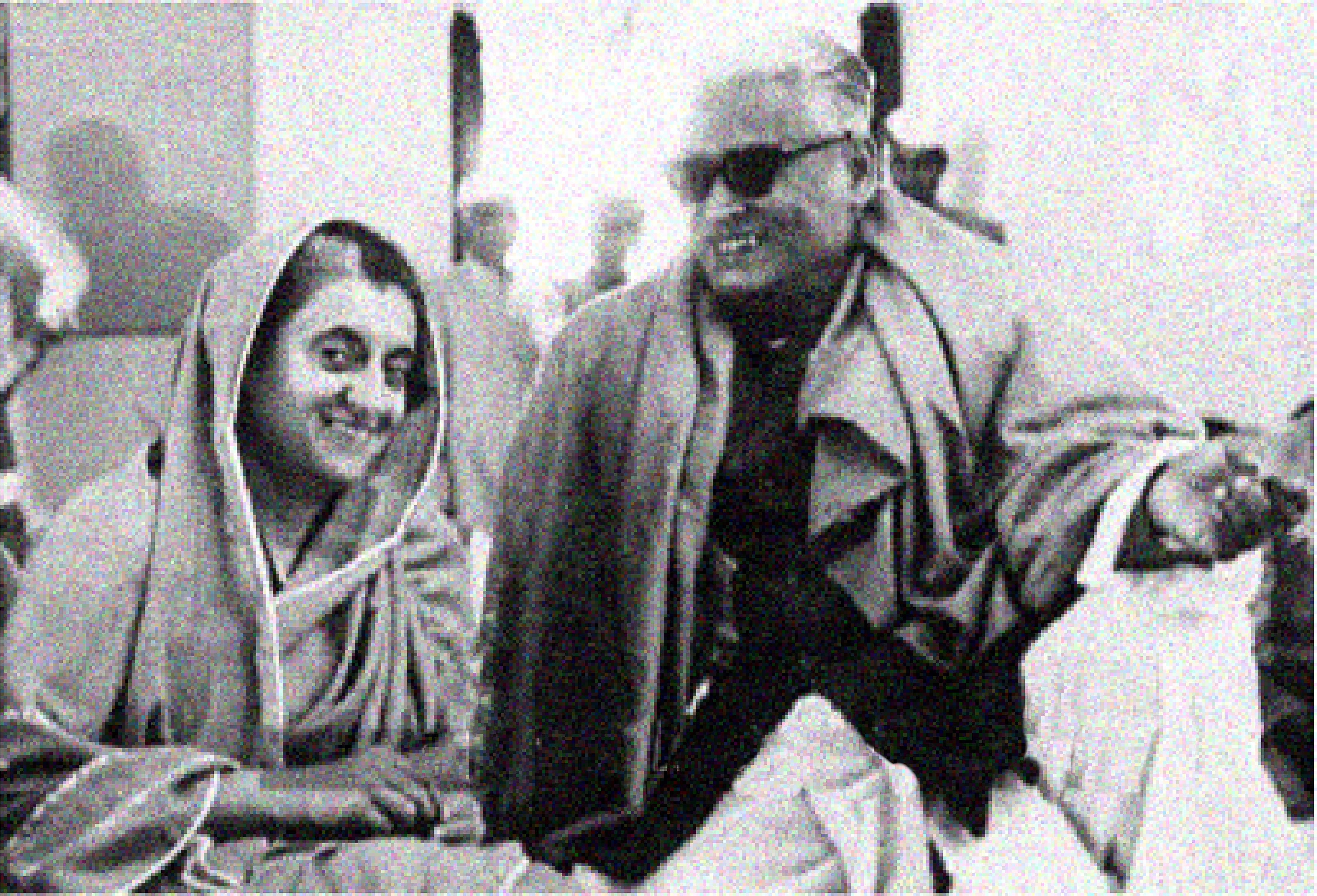 Even as we debate furiously about our past, the true and the false, an understanding of modern political history remains wholly absent. While much in our country today can be linked to the pre-independence era, the twists and turns of post-independence politics is equally substantive. ‘Retold’ is our attempt to put forth modern political history in a manner that is comprehensive, accessible and contextualised.

"Bengal did not die, it was murdered", said a prominent Bengali born in the 70s. Unsurprisingly, Bengal's political history does not contend the statement as much as it corroborates it.

The stage for Bengal's murder is set in the backdrop of communal violence, corruption, warring factions, and communism. It began, however, much before in the pre-independence era when the Indian Nationalist Movement was in full swing.

It was the early 1900s. The Congress Party, even in Undivided Bengal, were a divided group. They had their reasons — ideology, geography, leadership; yet, religion dealt the ultimate blow to the state's political landscape. Two partitions — first in 1905 (reversed in 1911) and then in 1947 (permanent) divided the province into Western and Eastern halves. On one side were Hindus and on the other, Muslims.

What happened next is well documented — the Western part chose to stay with India and became West Bengal, while the East, dominated by Muslims, became East Pakistan (and subsequently Bangladesh).

What isn't well known though, is that Bengali Muslims, while being welcome in the secular Congress, preferred to organise themselves in Muslim-only parties right from the genesis of India's Nationalist Movement. The Hindu-Muslim divide was real since the beginning.

Additionally, factions within the Bengal Congress were perpetually engaged in a power-tussle, trying to establish control over the party at the cost of the other. Internal politics in Congress was rife.

Ill-feeling between the two sides had always existed. But after the partition, their relationship deteriorated further.

Among them the Jugantar were the dominant force during independence. But in spite of being in a position of power, they were unsuccessful in installing their own Chief Minister in the 1947 elections.

Dr. Prafulla Chandra Ghosh, a member of the Gandhian faction and an East Bengal Congressman, became West Bengal's first Chief Minister. To make matters worse, he had included only two members from the Jugantar in his ministry. This angered them and they decided to dislodge Dr. Ghosh from his position as the CM.

On the other hand, the Hooghly group had also become irate with Dr. Ghosh as he was from East Bengal. They wanted the premier of West Bengal to be a native West Bengali. Also, he had been trying to fill the cabinet with his own loyalists, which did not go down well with others.

Ultimately, he found himself on the losing side of a fight he picked.

The Jugantar and Hooghly groups joined hands against him and began consolidating their position in the party. Also, Dr. Ghosh had recently fallen out with the party's national leadership, turning heavyweights like Sardar Patel and Birla against him. On 12 January 1948, both the groups demanded his joint resignation. He agreed immediately and two days later, resigned with his entire cabinet.

Rise of the Hooghly group

Space was thus made for Dr. Bidhan Chandra Roy, West Bengal's second Chief Minister and arguably the best, to take centre stage. He was a direct recruit of the mighty Chittaranjan Das — the visionary who had mentored and recruited the likes of Netaji Bose and the Big Five (of which BC Roy was a part).

Since BC Roy was a native West Congressman, the Hooghly group were satisfied. But the Jugantar were under-represented in the Bengal government yet again, and remained unhappy.

Meanwhile the Hooghly group, which now controlled the Bengal government under BC Roy, moved to extend its control over the party, which had until then been dominated by the Jugantar.

The dice was loaded in their favour, as the partition had skewed the membership of the Congress Party in West Bengal — 346 (60%) of the total 576 members in the Pradesh Congress Committee (PCC) had come from the Eastern side, but did not represent even a single constituency in West Bengal.

The Hooghly group took advantage of the situation and made an appeal to the Congress Working Committee (CWC), saying that 'the number of delegates from East Bengal were disproportionate to the population that had actually migrated to West Bengal', making a strong case for the reconstitution of the PCC (state unit of the Congress party in Bengal).

After the reconstitution took place, the number of East Bengali Congressmen in the PCC reduced to 149 from 346. The Jugantar and the Gandhians, who were from East Bengal, heavily lost their numbers in the party. Following this, the Hooghly group became the dominant faction in Bengal Congress.

Then, two years later in September 1950, they succeeded in assuming complete control of Bengal — the party and the government both came under their command.

From here on until 1967, Atulya Ghosh, who was an excellent organiser and a shrewd politician from the Hooghly group, ran Bengal's sarkaar. BC Roy was the Chief Minister, and a great one at that, but chose not to interfere in Atulya Ghosh's tactics. Such was the arrangement (or situation).

Ghosh's political machinery essentially ran on a system of spoils and patronages, making it heavily corrupt and extremely powerful. But for Bengal, development remained a chapter out of syllabus, notwithstanding BC Roy's leadership.

Governance under the Congress rule quickly became an eyewash — the Ghosh machinery succeeded in placing strategic loopholes in policies that its supporters could exploit easily. For instance, the land reforms act (West Bengal Estates Acquisition Act, 1953), whose objective was to ease land acquisition by the government, capped ownership at the individual level instead of the family, leading to a large number of benami property transfers (large family-land simply got divided among multiple members, nullifying the effect of the act).

It must be noted, that it was the Ghosh machinery that made landlords remarkably powerful in independent India. His government not only supported them but acted as an enabler of their actions, which were seriously questionable. This would later become one of the reasons for the Naxalbari uprising, India's deadliest and most violent political movement.

Under Atulya Ghosh, the business community ran a parallel economy as it was the primary source of funds for the party, which remained blind to their unethical ways of conduct in the market.

In Ghosh's Congress, the entire Municipal Corporation of Calcutta was controlled by the party, which made it heavily corrupt and dysfunctional — unemployment among the middle-class increased significantly and there was complete neglect towards sanitation, public health facilities and water supply.

Between 1951 and 1961, urbanisation in West Bengal remained almost static, with Darjeeling being the only district to show any measurable progress. The occupational pattern remained stagnant, with no tendency towards industrialisation. Agricultural productivity was lower than the national average at 1.34% p.a, while Gujarat stood at 4.09% and Tamil Nadu at 3.04%.

However, while its occupational pattern remained stagnant, it is important to note that Bengal in 1966 produced 59.3% of India's railway wagons, 74.9% of electric fans, 65.7% of sewing machines and so on, which is revealing of the state's potential to industrialise.

Dr. BC Roy suddenly passed away on 1 July, 1962. Thereafter, Prafulla Chandra Sen, who was second to Atulya Ghosh, became the third Chief Minister of Bengal until 1967, when the Congress was dislodged from the seat of Bengal.

Under Sen, Bengal’s story would continue to go downhill. In subsequent pieces, we will trace this slope and the rest of the trajectory as power changed hands in the state. With over seven decades of history behind us, it is important to look closely at the events of the past, and hunt for their remnants in the present, to salvage as much as we can of our future.