The road ahead may be long, but we are in the right direction. 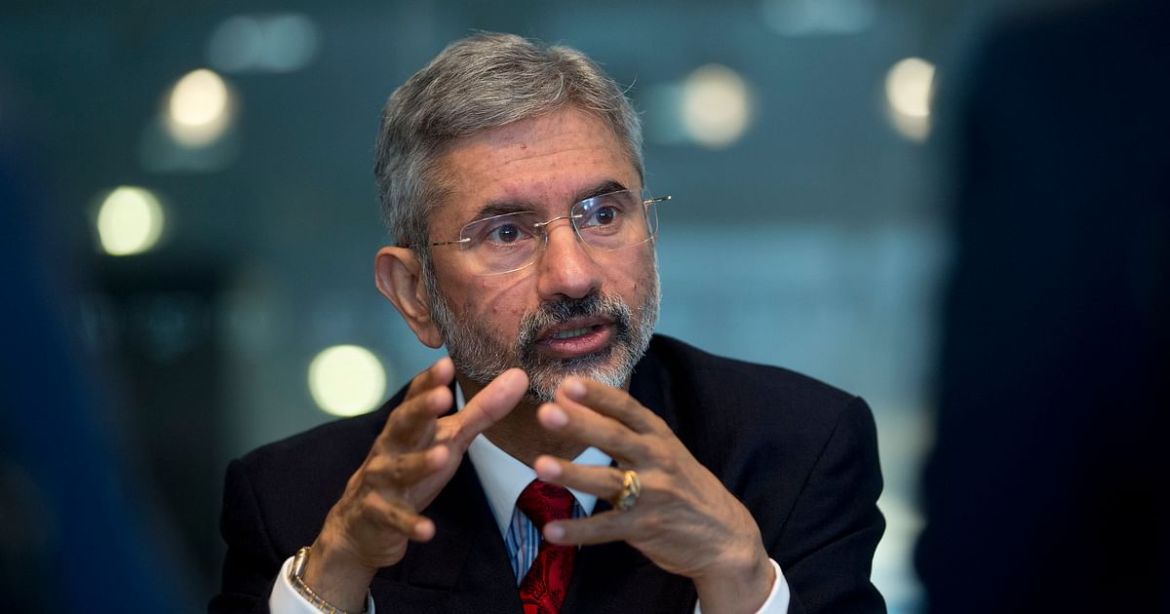 In a sea of developments taking place across geographies, it is essential that India’s position and international relations strategy is reviewed and understood in the context of its own national interests. Indicators pointing at this shift in attitude have long been observed in India’s recent foreign engagements – the Doklam stand-off, its handling of terrorism at the border with Pakistan, illegal immigration from Bangladesh, New Delhi’s role in the Afghan-Taliban peace talks and now, the ongoing border situation with China in Ladakh. However, global uncertainties are higher than ever, with the emergence of a new world order becoming more apparent with each day.

The election of Yoshihide Suga as Japan’s new Prime Minister, the outcome of Afghan-Taliban peace talks still remaining dicey, developments concerning disengagement of Indian and Chinese troops, the shifting trade patterns with Australia (which has emerged as a close Indian ally) and the US elections are events contributing significantly to global uncertainties. This is accentuated by India’s still developing relations with the European Union and the course that the US-China conflict will take in the future.

Indian representatives recently walked out of a Shanghai Cooperation Organisation (SCO) meet when Pakistan presented a fictitious map of the nation, claiming patches of Indian territory to be its part. India’s unwillingness to dismiss acts against its sovereignty, no matter how trivial, is indicative of a behavioural shift – that going forward, it will engage with the world from a position of strength, and on its own terms. This shift is, however, a contributor to uncertainties as it is yet to be seen how other contenders will respond to it.

S Jaishankar, India’s Foreign Minister, writes in his book ‘The India Way’, that global developments have created a “policy outlook that has not been easy to capture in terms of orthodox thinking”. He illustrates the contradictory nature of international relationships; for instance, the Quad co-existing with India’s membership of the SCO, and a trilateral with Russia and China co-existing with one involving Japan and the US. These complex systems of relationships mean that India will have to stay alert and navigate global waters with care – as relationships with countries now involve agreements on certain fronts and disagreements on others.

The resignation of Japanese PM Shinzo Abe, who was the country’s longest serving Prime Minister and a close Indian ally, and with Joe Biden being touted by international media houses as the President apparent, have together created an environment in which countries like India have recognised the need to forge new, independent and resilient ties with others in their own neighbourhood. However, this cannot be without accounting for China in this and every other international equation, new or old.

While the new Japanese PM Yoshihide Suga might be a close aid of the former PM, and hence maintain cordial relations with India, he must stand the longevity test – something Japan has achieved only once before. It cannot be forgotten that it had seen nineteen Prime Ministers in just thirty years! For India, it is important that Japan maintains political stability.

Recently, India beat China in the race to get elected to the UN Commission on Status of Women. This came as a crucial development as 25 years ago, in 1995, the World Conference on Women was commemorated in Beijing – meaning the Chinese take a lot of ownership on this landmark conference.

With two vacant seats, the three contesting countries were Afghanistan, India and China. The Indian delegation is said to have campaigned hard in the run-up to the elections, as it was aggressively contested by China, upping the heat for a seat on the commission.

If this is to be read along with the developments at the border, India’s shifting attitude is reaffirmed – it may be seeking peace, but not at the cost of national integrity and security. “This is not the India of 1962”, as many posted on Twitter amidst the ongoing Chinese provocations.

The informal alliance between US, India, Japan and Australia had ceased to exist one year after it was initiated in 2007 by Japanese PM Shinzo Abe. It was revived only in 2017 when the leaders of the four countries got together and re-initiated it. Ever since, the Quad has been in focus as US-Chinese relationships sored, and Australia openly called China out on the coronavirus outbreak, leading to big changes in the Indian subcontinent’s trade dynamics.

The shift in Indian attitude from the pre-Narendra Modi era is evident in many ways, which is discerned from the fact India had prioritised Sino-Indian relationships as recently as just over a decade ago in 2008, instead of building ties with countries that would later lead the charge into a multipolar world. This was one among the few reasons for the pre-mature dilution of the Quad.

The importance of this alliance is also understood from an earlier situation when the Chinese began aggressive military operations in the sea in 2015, against which the alliance had stood strongly, US being the first to send its destroyers sailing close to the newly created Chinese islands. Ever since, India has slowly but steadily increased the pace and size of investment on national security, proclaiming clearly its stance on matters of defence.

Recently, a bunch of crucial agreements were signed between India and Japan, where the said parties will get access to each other’s ports and logistical infrastructure in a war (or war-like) situation. The US has hundreds of such agreements with countries across the world. These agreements are necessary for taking on China and being assertive about Indian interests.

With respect to trade, India, Japan and Australia have suggested conducting multilateral talks to build supply chain resilience to reduce their dependability on China. All the three countries have strong incentives to support each other, Australia more so, China being its largest trade partner.

India had, over the past decade, refused any engagement with Taliban. But recent developments have been the exact opposite – it is now a key stakeholder in the ongoing peace talks, and even made the inaugural address, where Foreign Minister S Jaishankar established in clear sentences that New Delhi will not tolerate any anti-India activities on Afghan soil.

At $5 billion, India has been one of the highest aid providers to Afghanistan. From a time when Indian diplomats had standing instructions to not engage with the Taliban, the nation has come a long way. The new India is more assertive about its interests and unafraid to speak its mind on the global stage.

The road ahead may be long, but we are in the right direction.