Interventions by the government have consistently failed. 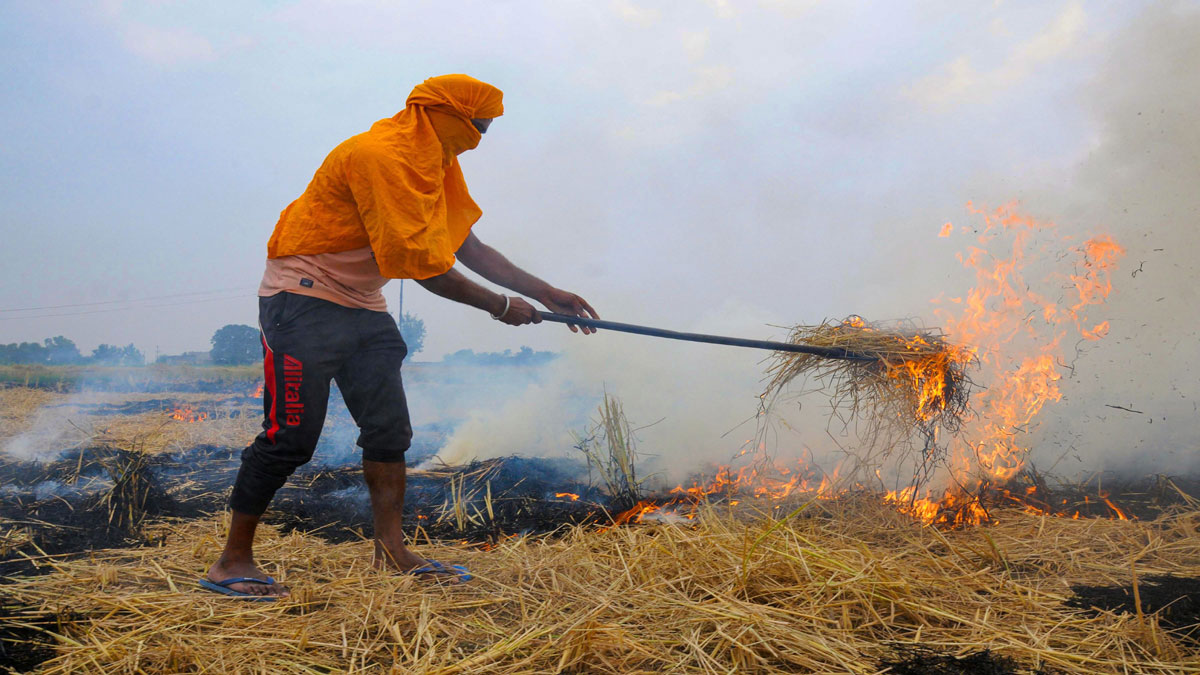 It’s stubble burning season again. The menace, which has been the subject of heated debates in the past, has continued unabated. The Centre has issued fresh guidelines to Delhi and its surrounding states to tackle the issue with a strict action plan. Separately, Punjab has also announced that over 8,000 nodal officers will keep a check on stubble burning in the state.

Farmers, largely in the states of Punjab, Haryana and Uttar Pradesh, are in the habit of burning the leftovers on their fields while preparing for the next season. This practice has been identified as a massive contributor to air pollution, with Delhi experiencing a severe dip in air quality. Despite repeated injunctions, the issue has shown no signs of receding.

Other interventions by the government have also consistently failed. Among others, a key counter measure has been the use of bio-decomposition technology. Created by the scientists of the Indian Agricultural Research Institute in Delhi, the decomposer is a solution containing seven fungal species, but the remedy is not carried out at scale. Under the current guidelines by the Commission for Air Quality Management, the decomposers are to be used in one lakh acres in Haryana and 7,413 acres in Punjab. The total area under paddy cultivation in both these states is 45 lakh hectares.

Neither is Punjab’s remedy effective. It has been employing a swath of nodal officers from 2018. In the same year, the state recorded a total of 50,590 fire incidents, which went up to 55,210 in 2019 and 76,582 in 2020. The failure, here, is one of planning. Nodal officers merely track the number of cases in a season—there has been no clear plan of action to promote alternative methods of disposal.

These announcements come at a time when the World Health Organisation (WHO) revised its norms on air quality, lowering the level of pollutants that can be considered safe for human health. For an issue that has been a highlight for several years, our lack of progress over stubble burning is worrying.