China - Soon To Be The Hegemon Of The Antarctic?

With changing times, it is possible that China’s reach into the Antarctic region might be closer than predicted. 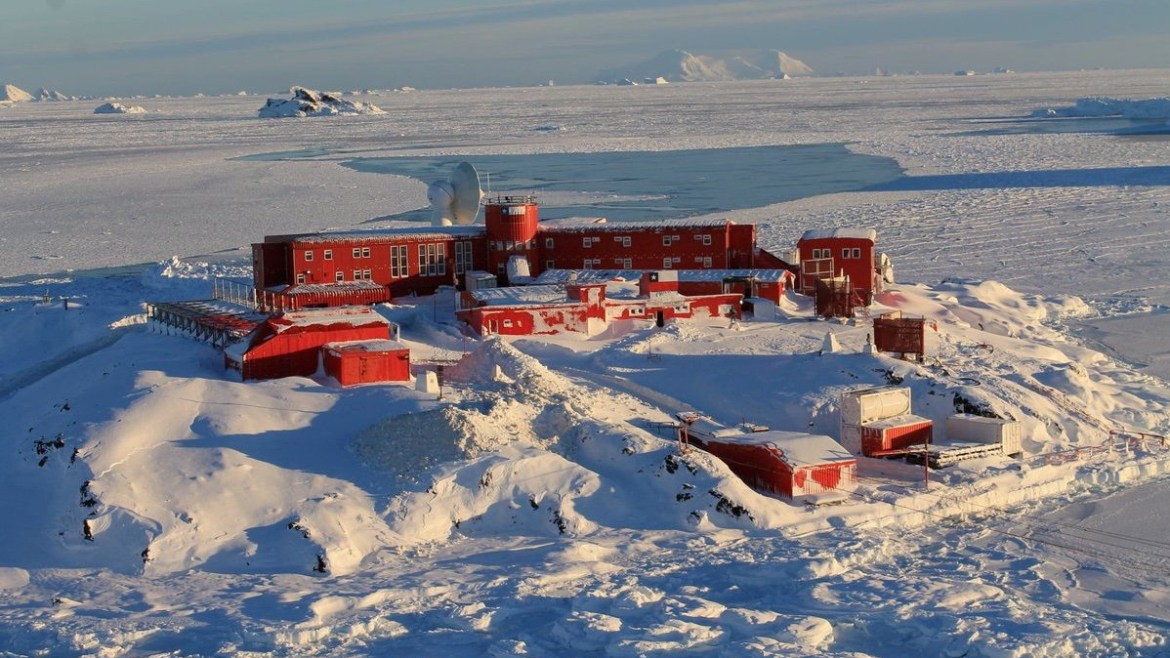 With China’s goal to become a global superpower by 2049, the Antarctic treaty is just another step in its long journey. The quest for economic benefit in the Antarctic had started in 1955, when China was offered a chance to enter the treaty, but with a condition – Taiwan must be excluded from it. This didn’t set well with the two-China theory; and hence, they withdrew from the International Geophysical Year to avoid any confrontation with the West. This unsuccessful attempt was, however, followed by the eventual entry of China into the treaty in 1983, when almost 35 scientists joined various Antarctic expeditions held by different countries and the UN accepted its claims of necessity of third world county as a part of the Consultative party.

“Recognizing that it is in the interest of all mankind that Antarctica shall continue to forever to be used exclusively for peaceful purposes and shall not become the scene or object of International discord (sic)”. The Antarctic Treaty came into being on December 1, 1959. As years ticked by, this clause attracted a lot of interpretations, especially due to the use of ‘forever’ and ‘international discord’. There is no doubt that the treaty has been subjected to a vast multitude of changes and now covers a variety of different aspects of this untouched region, but it still isn’t comprehensive enough to stop the growing global powers from exploiting it.

History and evolution of the Antarctic Treaty

It all began in 1961 when the Antarctic treaty finally came into force, with an objective of advancing scientific research and aborting all military activities, apart from those used for scientific purposes. In the first consulate meeting, the agreed parties had avoided any discussions that might lead to violation of basic objectives. However, as time passed by, the existing provisions in the treaty became insufficient to control the power struggle in the region, in view of multiple interpretations of this incomprehensive paperwork. Although Article IX of the treaty specifies the rights and limitations of each country – including using the region only for scientific research and cooperation, conservation of living resources, right to inspection and question jurisdiction – it became increasingly difficult to suppress the contagious nature of desiring to possess this invaluable terrain.

The Antarctic Treaty Consultative Party can, then, be considered the guardian of this treaty where discussions with respect to the renewal and update of the document to suit political and geographical developments take place every fifty years. This committee has not only assisted on the implementation of policies in the Antarctic Treaty but has also addressed different viewpoints from a broader lens for its evaluation and implementation. Although this treaty is deemed to be highly beneficial from a scientific point of view, the political and ecological side of it seems to be erring towards darkness. It is worthwhile to note that while the mineral resources are safe now, the narrative might change thirty years later.

Increasing role of China in the Antarctic

Even though China has only benefitted from the research undertaken by the existing parties of the treaty, it has honoured its commitment towards maintaining international peace due to some apprehensions – maintenance of ecological balance, natural exploitation of resources and claims of territorial sovereignty. This was provoked by countries like Australia who have already involved themselves in these activities by claiming 42% of the region to themselves, by virtue of building institutions and scientific bases.

Since China was a part of G-77, as way back as 1964, when it was formed, it faced a lot of backlash for joining the “club” in 1983. However, in matters concerning Antarctica, China had often abstained from resolutions, to avoid confrontation with the rest of the members in the treaty. Meanwhile, this policy of abstention does not apply to voting members out of the Consultative party; for instance, China voted against South Africa over disagreements on its apartheid policy.

China’s intention in the Antarctic

Since the integration of the Protocol on Environmental Protection with the Antarctic treaty that banned mining in the Antarctic, there has not been much activity from China in this region. This might have been due to China’s intention of getting access to the territory, but this probability had been ruled out since China was prohibited from taking over the Antarctic territories, in accordance with Article IV of the treaty, as it gained voting rights as a consultative member. China stands by its promise to continue supporting the treaty instead of gaining territorial power as of now. However, considering China’s characteristic inability to follow international laws, like the South China Sea Arbitration, it will not be surprising if the narration encounters another anti-climax.

Another reason for the lack of improvement in the Antarctic might be due to China’s desire to gain mining rights over the terrain, but this too seems highly improbable after the enactment of the Madrid Protocol in 1988 and Article VII of the treaty, which states that “any activity relating to mineral resources [in Antarctica], other than scientific research, shall be prohibited.” China, being a consultative member, cannot violate these provisions. Even though Article XXV of the treaty provides a chance to review the Madrid Protocol in 2048, it is highly unlikely for China to go in for a vote as it would require agreement by more than three-fourths of the members for revoking Article VII. Moreover, considering the fact that mining is not commercially viable in this region, the likelihood of that happening is very limited.

With these two intentions being ruled out, predicting China’s intentions in this region is a different ballgame altogether. China has the largest economy in the world right now, and with this kind of capital and power, it is obvious that China wants a part of every piece of geographic terrain available, be it land, space or seabed. With China’s fifth Antarctic scientific station fast approaching, China is a country that cannot be excluded from this narrative at any cost. The only region in Antarctica with some access is the ocean, where China is planning to dive deep into the management of krill fishes, with a will of partially taking over management from the Commission for the Conservation of Marine Living Resources.

Due to the coronavirus pandemic, many western countries have withdrawn investment and have lowered the pace of development in the Antarctic region. However, the narration is totally different with the Eastern powerhouses. Both Russia and China have adopted a different strategy than the West. They have maintained their activities and are planning to expand into fisheries and mineral reserves, taking advantage of this pandemic to expand their reach.

It is also to be noted that this strategy of Russia and China has the potential to sever their ties with the US more than ever. Given the fact that Russia has more ice breakers than US and considering China’s plan to build more of these ice breakers, US needs more equipment helping in navigating boats safely through the icy waters, to keep up with the stiff competition with the Asian hegemons. The Commander in Chief has pointed out that this rivalry might be tackled at northern poles and the motive behind their actions must be evaluated thoroughly.

On the other hand, China and Russia have strong ties with questionable intentions. This is evident from their bilateral ties in the past, that enabled Chinese expansion into the Arctic. “When I look at the competition, and the melting ice in the Arctic, and the competition with both Russia and China, we’ve got to pay attention to that“, said General Charles Q Brown Jr. Their increasing power is only fearsome to the rest of the world and needs to be controlled in order to prevent any international discord in the Antarctic, which is the main aim of the treaty.

With changing times, it is possible that China’s reach into the Antarctic region might be closer than predicted. With Beijing’s expanding base and increased research investments it wouldn’t be wrong to assume its smooth transition into getting easy gains out of this region. One such accelerator might be the changing climatic conditions. With worsening temperatures, the highest degree noted by the scientists was 63.5° F, which is melting ice at a rapid pace. This leads to easy access to hidden resources beneath the cold surface. China might use this opportunity to integrate Antarctica with the Belt and Road Initiative and Middle Eastern countries to use ice sheets for freshwater extraction. However, this extraction is inevitable due to the middle eastern geopolitical competition for freshwater reserves.

There are two ways in which China can use its power for support. Beijing can expand its relations by working with local stakeholders, such as Australia and Chile by connecting its actions with a historic narrative of The Silk Road, linking the so-called Antarctic Silk Road; symbolically to emphasize its benign intention. China, not being a treaty member, having only consultative rights, can gain tactical advantage over environmental resources with the support of Beijing’s international ally bloc.

The second argument for China’s easy expansion is growing pressure from signatories to open up governance and accommodate geopolitical developments- which threatens the very basis of the treaty. If this takes place, China will take advantage of its bilateral relations with key players and pair financial support to maintain a seat in deliberations. Beijing had repeatedly used this tactic to strengthen ties in the Arctic region, prior to its focus on the Antarctic. For instance, it had targeted countries that claimed to have territorial power over the Arctic to strengthen control over the burgeoning commercial field. It is now looking to expand its investment into key ports in the Arctic, around Russia, Greenland, Iceland and Norway.

Finally, according to Article IV of the treaty, no country can claim any territorial region, but it does not specify anything about the extension of the territorial power of other countries. Due to this ambiguity, seven countries (Argentina, Australia, Chile, France, New Zealand, Norway and the United Kingdom) have already taken advantage of this loophole, and what’s to stop China from doing the same. This will most likely open up groundwork in the next meeting in 2049, where according to Article IX, any ambiguity must be settled through dialogue. Strong relations with the existing countries who claim to have territorial power will be helpful to China when it decides to do so. The final provision of recourse is moving to the ICJ, and Beijing’s reverence for the ICJ is common knowledge.

Hence, one must analyse China’s intentions from an unbiased point of view and protect this untouched land that forms an objective basis for this treaty, which is to maintain international harmony. At the same time, one must also keep in mind that it isn’t a battle between China and Antarctica, and consider the suggestions offered by other parties and their environmental repercussions. It is imperative that one views this from a de-hyphenated lens and come to a conclusion that is beneficial to not just one country but all of mankind.

Ishita is a sixteen year old who likes to think of herself as a free spirit. Her hobbies include reading, dancing and cycling.
Harsith Ravichandran is a freshman majoring in physics and mathematics. He’s curious about technology, environment and their interaction with politics and economics. He enjoy’s debating, hiking and a nice cup of tea.