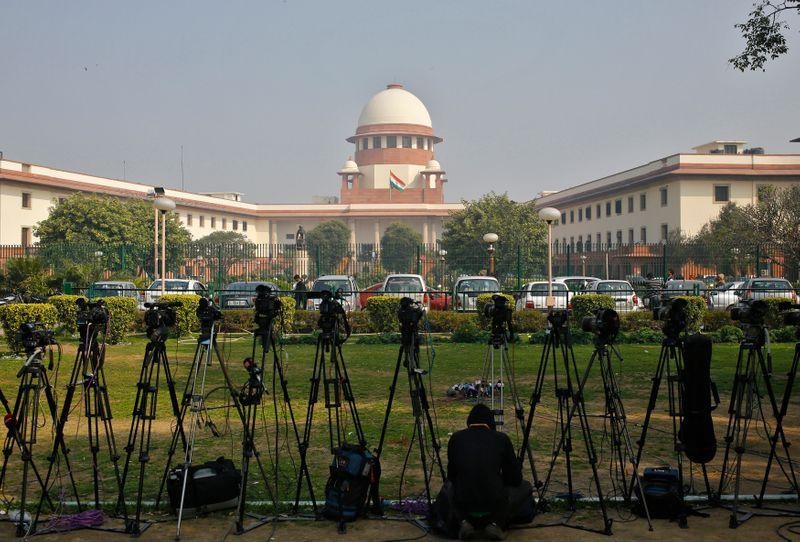 The Supreme Court on 12th January adjudicated to stay the three controversial farms laws, against which demonstrations were being carried out by the farmers of Punjab and Haryana near the borders of Delhi for the past for two months. The three laws, Farmers (Empowerment & Protection) Agreement of Price Assurance & Farm Services Act 2020, Farmers Produce Trade & Commerce (Promotion & Facilitation) Act & Amendment to Essential Commodities Act have been stayed until further orders. Various farm unions and politicians like Tiruchi Siva of the DMK and TN Parthapan of the Congress have challenged the constitutionality of the laws under Articles 14, 15 and 21.

However, in its proceedings, the court did not venture into the merits or demerits of this case nor did it examine the constitutional validity of the laws. Instead, a four-member committee was set up to conduct deliberations with all respective stakeholders and submit a report to the SC on the same issue. The Committee, which comprises of Bhupinder Singh Mann (National President of Bharatiya Kisan Union), Dr. Pramod Kumar Joshi, Ashok Gulati (Agricultural Economist) and Anil Ghanwat (President of Shetkari Sanghatana),has seen some speculations due to their public support for these agricultural reforms. This article aims to examine whether the court has, in this case, breached the realm assigned to it by the constitution and how this incident of judicial overreach sets a dangerous precedent for matters of similar nature in the future.

Montesquieu and the separation of powers

Before elucidating the case at hand, let us take a look at Montesquieu’s theory of separation of powers. Montesquieu was a famous French judge and a political philosopher belonging to the school of Enlightenment and classic liberalism. It was in his 1748 word, “The Spirit of Laws” where this theory of the separation of powers was elaborately expounded on by him. He writes in Book XI of this treatise:

By virtue of the first, the prince or magistrate enacts temporary or perpetual laws, and amends or abrogates those that have been already enacted. By the second, he makes peace or war, sends or receives embassies, establishes the public security, and provides against invasions. By the third, he punishes criminals, or determines the disputes that arise between individuals. The latter we shall call the judiciary power, and the other, simply, the executive power of the state.

When the legislative and executive powers are united in the same person, or in the same body of magistrates, there can be no liberty; because apprehensions may arise, lest the same monarch or senate should enact tyrannical laws, to execute them in a tyrannical manner.

The Constitution of India embraces this idea of broad separation of powers as seen in the following provisions. Apart from the directive principles laid down in Part-IV of the constitution which provide for separation of judiciary from the executive, the constitutional scheme does not provide any formalistic division of powers. Though not explicitly stated, some articles tacitly imply this doctrine. Article 50 lists that the State must ensure the independence of the Judiciary. Articles 121 and 211 of the Constitution provide for the prevention of the discussion of the judicial proceedings of Supreme and High Courts in the Parliament or Legislature. Articles 122 and 212 also prohibit the judiciary from probing into the procedural functioning of the legislatures. However, we do see an overlap of powers. Article 13 empowers the court to exercise the principle of judicial review wherein the court is constitutionally obligated to declare any law or executive order null and void if it is violative of Part III. Similarly, Articles 118 and 208 states the legislature is empowered to regulate the rules and procedure framework of the judiciary.

One-sided application of this principle?

Despite this, the Supreme Court has largely defined the concept of the ‘separation of powers’ through an Indian constitutional lens through many landmark judgements such as the Delhi Acts Case and of course, in the famous Keshavananda Bharati vs the State of Kerala case. In fact, this principle has recently received more credence through the Divisional Manager, Aravali Golf Course vs Chander Haas, 2007 case. The Supreme Court in the obiter of this judgement made the following observations:

“Before parting with this case we would like to make some observations about the limits of the powers of the judiciary. We are compelled to make these observations because we are repeatedly coming across cases where judges are unjustifiably trying to perform executive or legislative functions. In our opinion this is clearly unconstitutional. In the name of judicial activism judges cannot cross their limits and try to take over functions which belong to another organ of the State.”

“the Supreme Court cannot arrogate to itself the powers of the executive or legislature… There is a broad separation of powers under the Constitution of India, and the judiciary, too, must know its limit.”

What is even more interesting in this very delicate system of checks and balances is that the same institution in Supreme Court Advocate-in-Record Association vs Union of India, 2015 struck the NJAC Act, 2014, declaring the amendment to article 124 by adding 124 A, B and C and upholding the archaic collegium system. When the legislature and the executive through the NJAC Act, 2014 wanted to bring an effective mechanism to reform and restructure the working of the judiciary, the same venerable institution prevented these two organs of the state from doing so. The Judges pulled up ranks and the SC spoke up as an institution striking down the NJAC Act in a 5 bench judgement with the dissenting opinion being that of Retd. Justice Chalmeshawar. To quote the legendary journalist Shekhar Gupta (in the context of the farm bills), “It is concerning that the Supreme Court zealously guards its own domain but wades freely into legislative, executive issues.”

The stay on farm laws: a deja vu moment for the judiciary

It surely has not been the first time that the judicial courts have acted in such an arbitrary matter on issues beyond its jurisdiction amounting to the phenomenon of judicial overreach. There is a thin line of difference between judicial activism vs judicial overreach. According to Prof. Chirstopher Wolfe, an American constitutional scholar, judicial activism is a judicial philosophy that the courts can, and should, go beyond the applicable law to consider broader societal implications of its decisions. But when this thin line is crossed by the judiciary entering into domain beyond its constitutional mandate, it leads to judicial adventurism leading to judicial overreach.  This adjudication has been a clear-cut example of this concept. But this certainly, wasn’t the first instance of such a haphazard judicial decision.

The recent case of Dr. Jaishri Laxmanrao Patil vs the Chief Minister of Maharashtra and Anr. is another such example. The petitioner had challenged the Maharashtra State Reservation for Socially and Educationally Backward Classes (SEBC) Act, which provided for reservation in employment and education to the Maratha community through the SEBC category in the Bombay HC. The Bombay HC had ordered to reduce this to 12% and 13% in education and in public employment on an arbitrary and non-legal basis. The reason cited in the judgement was “the larger public interest.” However, this case has been pending in appeal in the Supreme Court sub judice, where the SC stopped the implementation of the law without staying it based on the Article 13 test of judicial review.

The most cited example of course is the BCCI judgement and the implementation of the Lodha Committee Report regulating the working the aforementioned institution. In this case, the Lodha Committee had no locus standi on taking over the administration of BCCI because of its registration under the Tamil Nadu Societies Registration Act, 1975. Thus, the court should have directed the BCCI to operate within the dimensions of this legislation rather than imposing the recommendations of the Lodha Committee. There is also no constitutional basis for the SC to administer the operations of sport bodies.

Let us revisit the case of the farm bills at hand now. It is worthy to look at the arguments put ahead by the Attorney General who opposed this order on two grounds. Firstly, he said the Supreme Court could do so if the court found prima facie evidence that the three bills lacked legislative competence. Secondly, he said the court is constitutionally obliged to stay the laws only if it finds them violative of Part III or any other provision. But the court clearly, in its judgement, never invalidated these laws on the above grounds. What is more important is the dangerous precedent this sets for future legislations of such kind.  A fundamental question to ponder over is this: Has the SC, through the suspension of these laws, created a feeling that any pressure group through the means of protest can compel this venerable institution to force the executive to rescind the duly passed laws by the legislature? This also highlights the significance of the importance of judicial restraint and accountability required in this country for a robust justice dispensing mechanism.

But a question could arise in this situation – what if the executive refuses to take a decision on matters which the judiciary has to later deal with. The solution was expressed by a former solicitor general of India, Dipankar K Gupta who wrote in a 2007 Hindustan Times article:

“The task of the court should be to compel the authorities to act and to pass appropriate executive orders rather than substitute judicial orders for administrative ones. They must be told how their duties are to be properly discharged and then commanded to do so. For this, they must be held accountable to the court.”

This case should be one for introspection regarding not only judicial functioning but also the importance of larger judicial reforms. This will facilitate the judiciary to also contribute to the narrative of nation building.