Could Alexei Navalny Be Russia’s Harbinger Of Change?

There is now international support for Navalny, with NATO chief Jens Stoltenberg saying poisoning him was against international law. 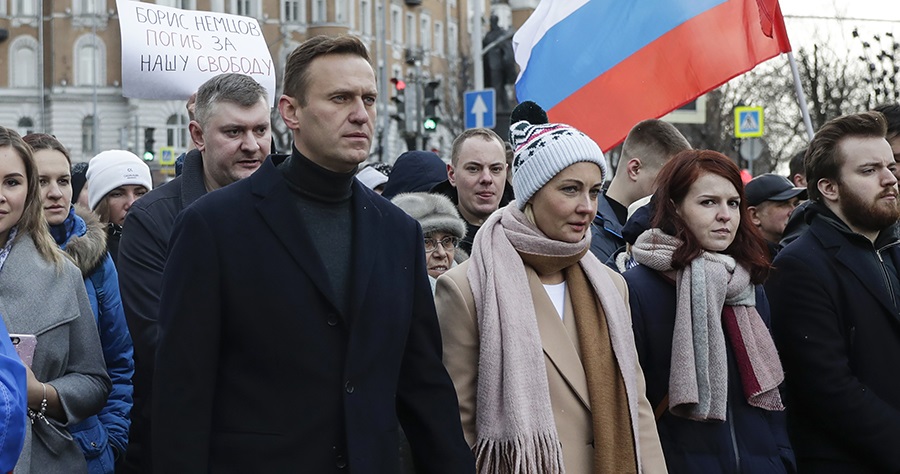 Alexei Navalny is no paper tiger; the man is the embodiment of unbridled courage and unfettered will. The Kremlin critic has discernably altered, if not changed, the political landscape of Russia. Recently, the anti-corruption campaigner made headlines when he was poisoned by the Soviet-era nerve agent Novichok. Suspicions for the same were cast on President Vladimir Putin himself, although he denied these allegations. In the past, many Kremlin critics have been silenced through poisoning adding credence to the belief in President Putin’s involvement.

There have been previous attacks on Navalny. In 2017, he was subjected to a brilliant green dye being thrown on his face, causing him to lose 80% of his sight in the right eye. Yet, he persevered.

When he was recovering from his poisoning attack late last year, he began working on a project that was aimed at shedding light on how Putin was using illicit funds to fuel his avarice. He released a video that, now, has more than 100 million views. The video shows a Versailles-like palace, disconcertingly opulent. This property, that allegedly spans over an area of 17,691 square meters, is the largest private residential building in Russia. Anything you can fathom, the property probably has it – from a casino to an underground hockey rink. Navalny says Putin has used taxpayer’s money for the construction of this estate. “It is a separate state within Russia… And in this state, there is a single, irreplaceable tsar. Putin,” Navalny said in the video. Putin, however, denied these claims saying – “Nothing listed there has ever belonged to me or my close relatives.”

Navalny has been put in jail for brief stints previously, but the video tested the patience of the Kremlin. He has now been put in jail for parole violations that were caused when he was recovering in Germany from his poisoning attempt, for two years and eight months. Thousands of protestors demanding Navalny’s release have been arrested. For the first time in history, Putin faces a firm opposition. The younger generation, that has been under the leadership of Putin for almost their whole lives, is leaning towards Navalny and the change he shoulders.

To understand further, we must understand that Russia is an 'imitation democracy'. Every offshoot of the Russian establishment is under the control of the Kremlin, indirectly or directly. Media is stifled in the country, and only portrays events in such a manner that would augur well for the establishment. Russia’s stagnant economy stands on exports, primarily from its natural resources. Russia’s top three exports of 2019 were as follows – Mineral fuels (including oil were 52.2% of total exports; Iron, steel amounted to 4.3% of exports; and gems, precious metals come to 3.6%.

The country has failed to exploit the potential of its people, and the population is becoming increasingly aware of it. When the video on Putin’s alleged grandiosity emerged, it was enough incentive for the people to awaken to the growth Navalny could possibly bring about if he garnered enough support.

There is now international support for Navalny, with NATO chief Jens Stoltenberg, saying that the Navalny case was “a blatant violation of international law and it requires an international response” to Biden pressuring Moscow for his release. Navalny is no more a domestic utterance in Russia, his name is now an international brand for daring to oppose his President.

It is highly unlikely that Putin will be ousted due to the connections he has made and the sheer power he wields that is difficult to dismantle. But Navalny has definitely been a galvanizer of anti-Putin sentiments to exacerbate the fissures in this scheme.

Navalny was a respectable lawyer before he immersed himself in this complex and unyielding mare’s nest – he has made a choice to make himself the vanguard of reorienting Russia’s path. Maybe he truly is a harbinger of change.