Does Ancient Philosophy Hold The Key To Understanding Modern Democracy? 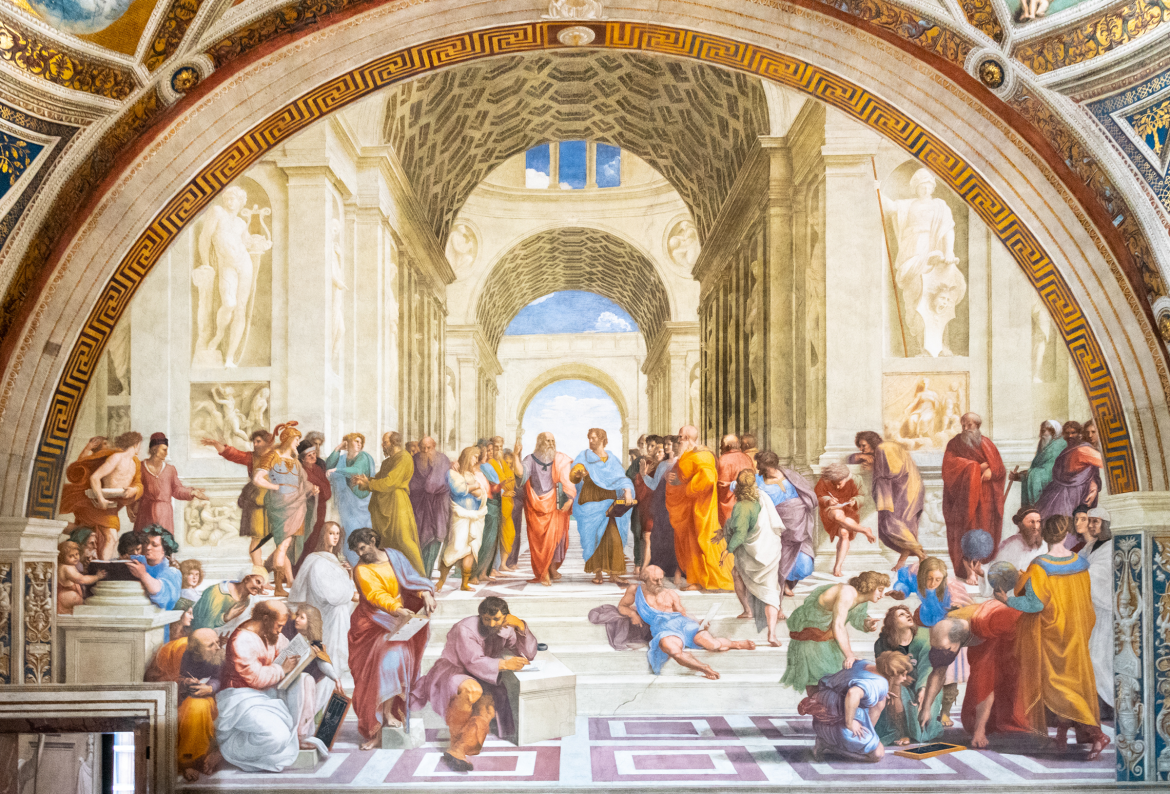 The political setup we live in today is too complicated to be classified entirely. Though most nations today are liberal democracies on paper, it is difficult to pin down how democratic their political setup is in reality. 'Liberal Democracy' was the first form of government that was personally witnessed by a majority of the current generation. But is it the most ideal form of government? Can we call democratically empowered leaders like Narendra Modi, Donald Trump and Jair Bolsonaro more inclusive and secular than monarchs like Emperor Meiji, King Gustav III of Sweden or former military dictators like Kemal Atatürk of Turkey? Through this article, I would answer this central question by incorporating the critique on democracy by ancient philosophers such as Plato and Aristotle.

Before we get to that, however, it is vital to understand the political climate and the setup of ancient Greece. Athens had had a very turbulent period of political instability in the 5th century BCE. The golden years of democracy and power in Athens ended with the Peloponnesian war against Sparta, its powerful neighbour. It resulted in the temporary annexation of Athens and the suspension of the Athenian Government. Plato held democracy accountable for the loss of Athens in the war. Moreover, when his dear teacher Socrates was sentenced to death by the Athenian Government, a distraught Plato argued that a democratic setup meant that the people could be misled through sheer force of rhetoric, deeming it to be hypocritical. This mood is picked up and continued by Aristotle in his book ‘Politics’ where he elaborates more on the perversion of democracy that was laid out by Plato in his book, the 'Republic’.

What were their criticisms against democracy?

Firstly, equality is a contemporary democratic concept that is viewed with scepticism. Aristotle theorised that the best form of society will enable individuals to be at their best and live happily. It is to be noted that modern-day liberal democracy is not a political organisation where each of its citizens are benefited, as Aristotle’s definition goes. This ‘rule by the people’ sets the multifarious desires of different strata of people on an equal footing by its principle of ‘equality’. Both Plato and Aristotle would find that problematic. Plato argues that ‘unequals’ are not to be treated equally, with which Aristotle is in agreement, as he believes in a constitutional form of government that will seek the mean between the rich and the poor.

While we criticise Aristotle for justifying the natural subjection of slaves and denying citizenship for slaves and women in his polis, and disapprove of Plato for intrinsically dividing his republic into three divisions making the subjects ‘unequals’, one must note that neither Plato nor Aristotle sought to follow democracy in their conception of an ideal republic or polis. They never believed in the theory of equality as they always considered individuals to be unequal and distinct. Aristotle’s expectations of a constitutional government can, then, be compared with modern liberalism’s theory of justice – “Justice is providing what he/she is due.”  This corresponds to equity and not equality - contrary to what is being followed in liberal democracies all over the world. Practicing equality in a pluralistic and non-egalitarian society is indirectly invoking meritocracy – a key feature of liberal capitalism, that is condemned by several schools of thinkers, especially the Socialists and the Communists. If the works of ancient philosophers are well read, it can be extrapolated that the invocation of meritocracy in a diverse and unequal society would lead to absurd and contradictory results that increase the divide between the rich and the poor, making these two groups more irreconcilable than Germany and France during the World Wars, let alone finding the mean between them.

Secondly, democracy promotes majoritarianism – or in other words, ‘The Rule of the Majority’, thereby leading to demagoguery. Most of the current liberal democracies have pluralistic societies where there is one majority ethnicity - Hindus in India, Sinhala Buddhists in Sri Lanka, Sunni Muslims in Pakistan, Bamar Buddhists in Myanmar, Protestant Christians in the United States, Turks in Turkey. The electoral setup in these liberal democracies is in such a way that the candidate or party that secures the simple majority in the election forms the government. Similar to the decimation and weakening of the General Will due to the strong concentration and numerically significant Private Will in a real Rousseauian sovereign, where the society is plural and no more an idealistic, homogeneous one, democracy is generally tainted with the will of the majority, undermining the weaker sections and the minority communities.The oppressive majoritarianism that was being followed in Sri Lanka by the Government against the Tamils led to the Civil War in 1983.

The pressing international issue of Rohingya Muslims in Myanmar is yet another example of the majoritarian rule of the National League for Democracy Party in Myanmar. All of these acts were performed by democratically elected governments and heads of states to please the majority ethnicity, thereby indulging in direct demagoguery in order to preserve their power and rule. These demagogues aptly follow Machiavellian principles to preserve their power in a liberal democratic setup - nothing can be more ironical!

What does this tell us about the future of liberal democracy?

‍When he says that, “...a democracy of this sort, since it has the character of a monarch, and is not governed by law, sets about ruling in a monarchical way and grows despotic, flatterers are held in honour and it becomes analogical to the tyrannical form of monarchy,” Aristotle pinpoints the demagogical setup that is created and fostered by democracy which ultimately converts it into an absolutist monarchy.

Many leaders like Donald Trump have indulged in demagogical practices like trying to ban the adoption of children by same-sex parents to appeal to the orthodox Christians for votes. Aung Sun Suu Kyi has faced criticism from the international community time and again for her poor policies to curb violence against the Rohingya Muslims. Yet, she received immense support in the November 2020 Myanmar elections that helped her and NLD secure the government yet again. This is because her party’s vote bank is made up of conservative Buddhist Nationalists who were pleased when the government did little to nothing to stop the Buddhists from performing ethnic cleansing and crackdowns against the Rohingya Muslims.

Liberal democracy needs serious reformations, and it is far from being an ideal form of government. Although the works of ancient philosophers like Plato and Aristotle might not seem relevant to our modern-day political setup, it is an important value addition to the existing political knowledge and helps political commentators and analysts to find comprehensive and concrete answers about the ideal form of society and government.