Education Has Changed Forever, This Is How India Responded

Although digital education was introduced in India more than a decade ago, it took a pandemic to free it from urban confinements. 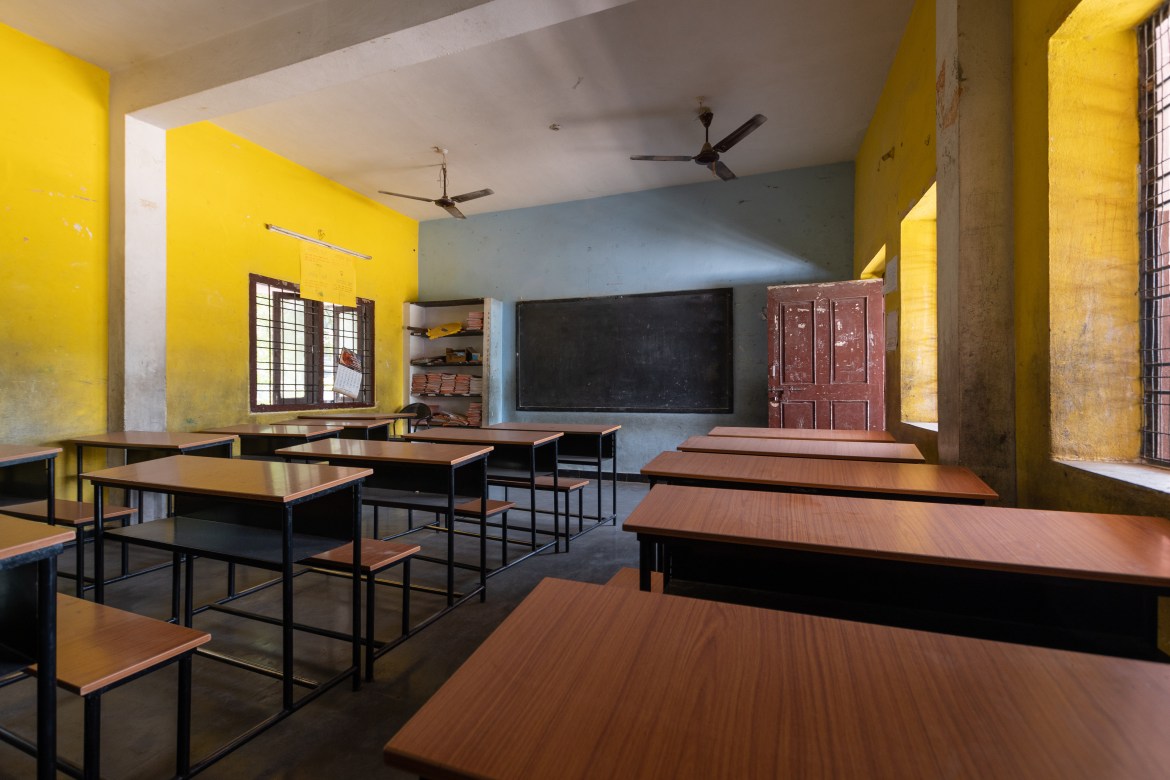 Although digital education was introduced in India more than a decade ago, it took a pandemic to free it from urban confinements and spread it across the country. When in March 2020 educational institutes were the first to be shut down under preventive measures taken to fight COVID-19, the sector was compelled to adopt digitisation overnight.

Initiatives to make education accessible and inclusive throughout the social hierarchy were taken by both Union and State governments. Of utmost importance was bridging the digital divide, which is evident from the fact that out of forty crore students, merely 24% own a smartphone and only 11% have personal computers.

Moreover, gender disparity has found its place in access-to-internet too, where 67% males have access to an internet connection in urban areas in comparison to 33% females, and the figure further drops to 28% for women in rural areas.

To bridge this learning gap, governments are exploring and implementing alternate mediums. For instance, DIKSHA, a union government initiative, provides digital infrastructure for educators in India, and SWAYAM PRABHA, which is a dedicated channel, is telecast in English and Hindi for students of Secondary and Senior Secondary classes. In addition, ‘Shiksha Vaani’, a dedicated radio channel under the Central Board of Secondary Education (CBSE) is also available for remote regions.

In order to maintain uniformity and check arbitrary actions of educational institutes, the Ministry of Education has prescribed a common guideline called ‘Pragyata’, which focuses on digital modes of education, throughout the country, giving states the freedom to add clauses according to regional needs. Most importantly, it specifies the procedure an institute must follow prior to getting started with digital classes. It also sets an upper cap on the duration of classes, especially for young students who are more prone to health issues due to increased exposure to screens.

Many states are working independently to provide unhindered learning to students. Some that have taken the initiative of distributing school textbooks to students include Odisha, Madhya Pradesh, Dadra and Nagar Haveli and Daman and Diu, where connectivity and access to infrastructure is a major challenge. Meanwhile, Lakshadweep has distributed tablets equipped with e-learning content to students. In the North-East, Nagaland has distributed study material through DVD and pen drives to students at a nominal cost, while Jammu and Kashmir distributed free tablets to students, along with laptops and Braille tactile readers for visually impaired learners.

There is no arguing against the fact that the sudden transformation to digital mediums have resulted in operational inconvenience and inequal access to resources due to the large disparity in digital literacy and income. However, this seems to be a boon in disguise as it has not only made authorities and institutions realise the potential of digitisation but also made the common citizens aware about the significance of digital literacy. On cue, the Union government recently proposed long-term measures to address social inequities in online education.

These measures include plans to distribute laptops or tablets to 40% of all college and university students and equip all government schools with appropriate Information and Communication Technology (ICT) tools. It also proposes to spend ₹2,306 crores on developing and translating digital course content and resources over the next five years, and ₹55,840 crores to equip government schools above upper primary level with ICT facilities. Along with this, tech giants like Google have also pleaded to invest in digital infrastructure development in the country.

Wider acceptance is on the cards

Oscar Wilde said, “Nothing that is worth knowing can be taught”. The traditional chalk and talk method used in online classes are hugely unsuccessful and students around the country assert that there is no actual ‘learning’ taking place on the digital platform, the reason being the lack of accountability and ease of distraction.

Due to prolonged disruption in mainstream education, alternative education systems are expected to gain greater acceptance and popularity. In case of higher education, distance learning will see an upsurge and be possibly recognised to be at par with regular college courses, unlike pre-pandemic times when employers considered distance learning inferior.

Digitisation of education has highlighted the adverse effects it can have on children and young adults more than ever. With increasing screen time, in the near future ‘screen fatigue’ is expected to be a universal global ailment found among young adults. Screen fatigue is, however, not just a problem in itself but also a catalyst which leads to development of other mental health conditions like constant tiredness, Seasonal Affective Disorder or in extreme cases, depression.

According to Sarah Brown and Alexander C Kafka, “in some ways, the COVID-19 era seems like exactly the right time to educate students on how to manage the intense sadness, isolation, and anxiety they are feeling.”

Educators and educational institutes are expected to recognise the need for constructive emotional guidance for students. To that end, the government has launched ‘Manodarpan’ under its Aatmnirbhar Bharat initiative, which aims to provide psychological support to students, family members and educators during the troubled times of global outbreak.

However, these measures must be scrutinised for standing the test of time after the pandemic recedes, as the government is also experimenting through trial and error methods.

Emerging studies on digital sociology of schools do the same by following the below lines of inquiry: What meanings and understandings of education are being conveyed through digital technologies? In whose interests does the common consensus about schools and technology work? What are the emotional, ‘human’ outcomes of increased use of technology in schools?

The above-discussed queries not only hold sociological importance, but also help us ponder upon the possible shortcomings and inequalities in the field of digitised education. They guide us in demanding a balanced, well developed and inclusive system of physical and virtual education, because being the largest youth population in the world, the onus of reforms for our future falls on us.

Titiksha defines herself as someone that is trying to make sense of the world.