The government of Odisha was quick to acknowledge that this pandemic was unlike any other disaster it had successfully thwarted before. 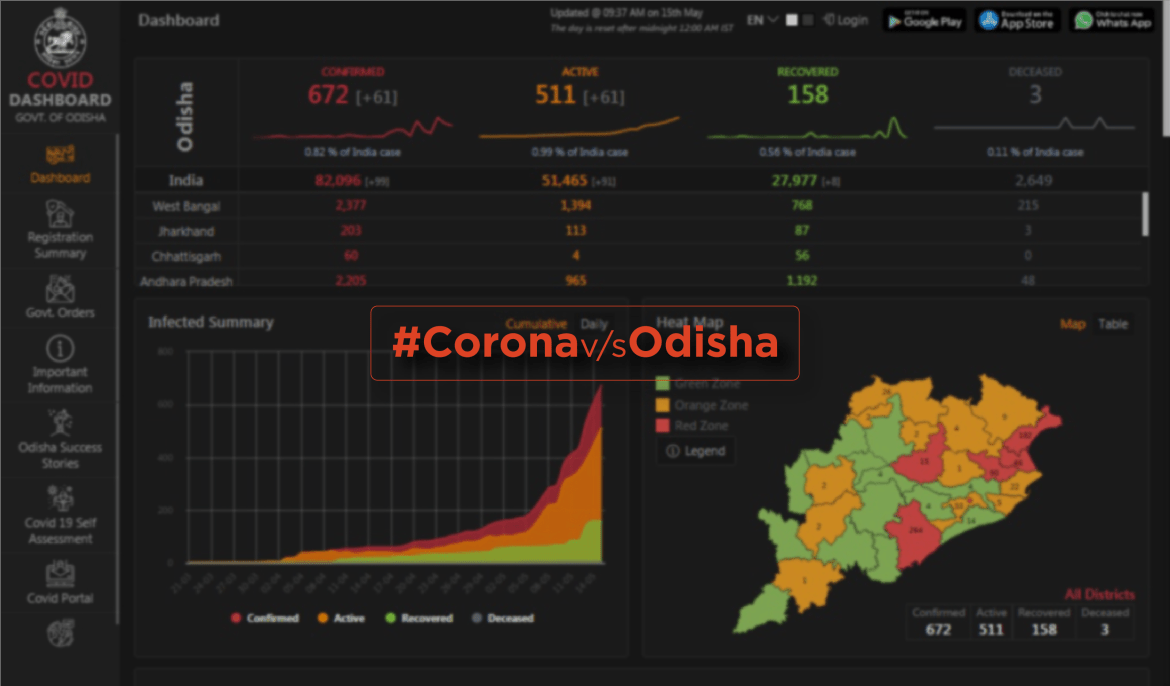 It is said that moments of crisis act as equalizers. Both developed and developing economies were stumped by the scale of the ensuing pandemic caused by the novel Coronavirus. Every government was open to take the lead and experiment to effectively deal with this humanitarian crisis. I say experiment because very few governments have ever seen a pandemic of this magnitude. Odisha’s rise to the Coronavirus situation through swift, ambitious, and collaborative response systems have taken many governments by surprise. However, more than surprise, it is a response that needs to be emulated as it brings to light the merits of having a solid foundation in governance.

Odisha has been on a high drive to an efficient and transparent governance system for a long time now. Having actively worked as their Technology Implementation Partner over the last two decades, I can affirm that the government knew they had to rely on IT and governance to brace for impact with Coronavirus. I have seen them effectively deal with one calamity after another repeatedly every year, simply on the foundations of their impeccable governance. Only because Odisha stands out as a government that it has managed to defy size, gravity, and the principles of lift during the ongoing crisis.

The size and complexity of a bureaucracy alone brings inertia of rest and reduces the speed of action. But not for Odisha. In a matter of days, the State geared up to realize the key role it had to play in bringing order to the chaos that Coronavirus was subjecting them to. After that it was a story of seamless collaboration between multiple faculties of the government working tirelessly with their network of technology partners to manage a whole gamut of activities like keeping Infection in check, reducing proliferation, identifying migrants, readying quarantine and health infrastructure and much more. As is always stated, Odisha resides in its villages. The government wasted no time in acknowledging the same and put power into the hands of Panchayat Local Bodies in a historic way-forward move.

But we soon realized it was next to impossible to get a grip over the ever-increasing data without seamless inclusion of IT-enabled toolsets. To get information to the decision-making body, we launched a CoVID 19 portal which provided real-time access to information via several departments of the government. A 24/7 Helpdesk was set-up within a 48-hour window for both incoming and outgoing enquiries about health, migrants, advisory or mental support. We had no time, but we had the agility, strength, and expertise of good governance.

By leveraging technology and innovation

Unprecedented times require unprecedented approach. The government of Odisha was quick to acknowledge that this pandemic was unlike any other disaster it had successfully thwarted before. It had to go beyond conventional wisdom to come out as a winner this time. To remain ahead of the curve and flatten it, the government partnered with technology companies both large and small to build rich datasets for evidence-based policy making. Structured around user journeys, such data sets provide insights on the course corrections required at each step. For instance, data on migrant journey covers registration, travel, check-in at borders, check-in at temporary medical camps (TMC), and testing, before finally checking out after the treatment.

Odisha's command over such granular data on CoVID is reflected in its state dashboard, which also had to work around the psyche of a citizen locked inside their house since the last 50 days, completely uncertain about how many more to come. It had to give out information on the government's ability to provide assurance and sustenance to its citizens during the pandemic, all while being exact and transparent. However, the government had to worry about the future too. They showed exceptional creativity in leveraging Predictive Analytics to foresee the infection spread and gauge infrastructure preparedness for peak periods.

Given the numbers we were dealing with, the key concern was speed.

By planning, un-planning and re-planning

When an aeroplane starts to lift up, it has to do so against the external conditions of pressure, weather, and birds. We have seen the best laid plans often going wrong when we need them the most. CoVID has given rise to such a moment globally. Extraneous circumstances like the uncertainties of the pandemic and the way governments respond to them could be very decisive for a government.

Take Odisha’s example. As soon as state borders were opened, border check-posts were choked with volumes of unregistered vehicles and migrants lining up to get past to their destinations. There were millions on foot, and even boats! Overnight, State Nodal officers reached out to contemporaries of other States and acquired the pass details of vehicles bound for Odisha. A control room was activated to reach out to passengers and register them before arrival itself. An application for bulk 'spot online registration' by border check-post officials was also created. But nothing seemed enough. Decentralization of information on the incoming migrants, by whatever means, was urgently required. Application logic was changed overnight to accommodate bulk registrations. Numerous stakeholders in multiple departments were given the power to register on their own and directly sync to the central database. This was possible not just because Odisha was an alert State administration with a solid Plan-A, but because it was also confident enough to face Murphy’s Law.

Odisha acts because it listens. It listens because it cares. Against the odds of high vulnerability to natural disasters and low GDP per capita in comparison to other States, Odisha has been able to deliver because it excels in solidarity and collaboration; values that money can’t buy, which trickle down from firm leadership.

Priyadarshi Nanu Pany is the Founder of CSM Technologies, providing his services as the President & CEO of the company.