Gandhi: The 'Mahatma’ and The Pedestal Leaders Occupy

It is high time we end blind-worship and move on to mature public discourse. 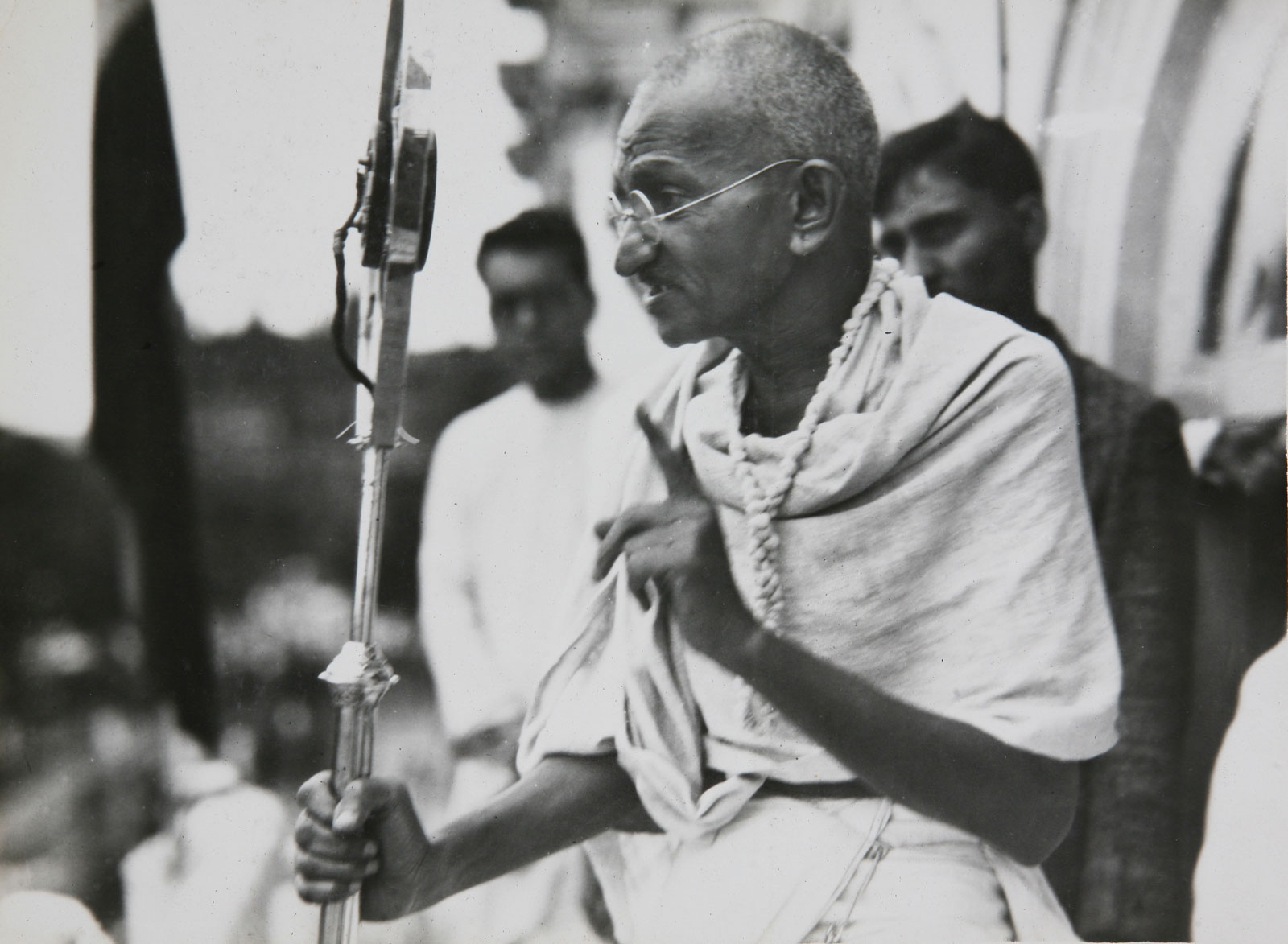 Since gaining independence on 15th August 1947, India has come a long way. Once expected to disintegrate into several small states, it has today become a regional power. Once on the receiving end of foreign aid, it has become a major investment hub. In this journey the nation has had to face many big and small battles—some it won, some it didn’t. Amongst the several leaders who have enabled India to reach this platform the tallest is Mohandas Karamchand Gandhi.

Gandhi is the most recognised Indian figure across the world. Celebrated for his revolutionary non-violent way of protesting, he has been an inspiration to many civil rights movements. His idea of reaching out to every section of society, gaining their trust and bringing them on a common page for mass movements played a crucial role in creating a common Indian national identity. He did ruffle a few feathers in the process and not all of his decisions have survived the test of time. But nonetheless, his firm faith in his beliefs, managed to infuse a level of confidence in the masses never seen before.

It may seem implausible today but in the early days of the freedom movement not many people believed that India was capable of self-governance. Suryakant ‘Nirala’ Tripathi, one of India’s greatest writers, in his memoir A Life Misspent wrote, “The more modern government employees, policemen and landlords mocked the peasants, calling them swine. Some inert wealthy citizens read through half a dozen newspapers daily and offered their wise counsel to anyone who would hear. ‘This Mahatma,’ one of them said to me, ‘has proved that if you turn a spinning wheel at one end, chapatis will come out the other end.’”

It was the confidence that Gandhi brought that made it acceptable for people to go to jail, take the attacks of the government head-on and have faith in the idea of self-rule. His movement has been instrumental in enabling democracy in India. Mind you, India is one of the few countries in the world to have continuous democratic rule post-colonisation and that is despite extreme poverty, communal tensions, insane diversity and mind-boggling inequality.

Over the years the ideals that Gandhi propagated have disappeared from mainstream politics, reduced to mere aesthetics for politicians to invoke as per convenience. The only opinions of his that the younger generation seems to be interested in are his un-evolved views on caste and gender, which has resulted in the beginning of this interesting ritual of annually fanning out Gandhi hate-posts on 2nd October. However, beyond these rhetorical conversations, there is one way in which he dictates all our lives—that is the way we discuss the past and talk about our leaders.

The declaration of Gandhi as a Mahatma has resulted in him being put on a pedestal which cannot be challenged or viewed from any other lens than that of devotion. As Dr. B.R. Ambedkar had said , "Bhakti in religion may be a road to the salvation of the soul. But in politics, Bhakti or hero-worship is a sure road to degradation and to eventual dictatorship." Similarly approaching our past with lenses of devotion leads to conversations being degraded to mere rhetoric.

There is usually a side which worships the individual (or event) and another which trashes it. This simple-minded approach robs elements of nuance and results in public conversations being unreflective of the damage or good the icon may have left behind. The best example of it is discussions around personalities like former PM Atal Bihari Vajpayee—people either ignore or hyper fixate on the communal rhetoric that was a part of his politics.

This idea of glossing over the past of cultural icons is, of course, not exclusive to India or to the subject of politics—a case in point is the reaction to the untimely demise of Kobe Bryant. However, there is a difference between being respectful of someone’s contribution and placing someone on a pedestal equivalent to a religious head. In the latter you deprive a person of their human flaws.

Why do I speak of Gandhi in particular? Because he is the one who occupies the highest honour, as the “father of the nation”. Criticism starts at the top. Calling out leaders from disenfranchised communities will, justifiably, be met with accusations of how it is easy to be critical of the marginalised given their lack of representation. And criticism of already demonised ideologues, like Hindutva stalwarts and Communist extremists, is countered with whataboutery. This does not allow people to learn much but gives them enough points to dismiss opposing views. Humanising Gandhi will open doors for other leaders to be critically analysed.

The importance of a critical gaze

Despite India’s journey of seven decades, there are areas where not much as been achieved. Given the kind of growth we have had, structural inequalities that were supposedly conquered have again cropped up. An important way to address these realities will be by confronting our past, for which it is necessary that we be honest about figures who have created our present. Gandhi is someone who has the most impact on our democracy so it is important that his unevolved views be highlighted.

Beyond structural flaws, we have also seen the emergence of an audience from the middle class that is keen on learning about their past. If at all this movement towards understanding the past and society has to be successful, the larger society must be made tolerant of accepting unadulterated opinions and newer point of views. As long as we stick with tags like Mahatma and Bapu, we will be unable to develop an appetite for reality.

Acceptance of critical thought is important

An important development in recent years has been the rise of rants about the status-quo. It is a global phenomenon that has touched people across the political and social spectrum. Whereas in developed western countries it is a product of disenfranchisement and inequality, in India the story is a bit different.

This phenomenon has led to a growing belief all information was hidden from the public under some grand conspiracy. Which one of us has not seen a post on social media about how “true history” is not mentioned in our textbooks? This obsession with a sanitised worldview that is inoffensive to everyone has resulted in massive chunks of national identity being buried. As people gain wealth and seek more answers about their past, they’re bound to end up feeling that their story is not being told honestly.

Concerns about ‘cancel culture’ and the impact it has have always been overhyped. It is a possibility that there may be a set of people who only chose to engage with the flaws of respected leaders. But does that in any way diminish the contribution these figures have on our society? In fact, lack of conversation around the human flaws of these names opens space for a cancel-culture-derived viewing of their faults. Accepting this will only increase public tolerance which just helps society further understand each other’s point of view.

It is high time we end blind-worship and move on to mature public discourse. If in that process some pedestal gets toppled, it should not matter—leaders are bigger than any tag associated with them.