The rath, a minibus dressed like a chariot would travel over ten thousand kilometres by road. 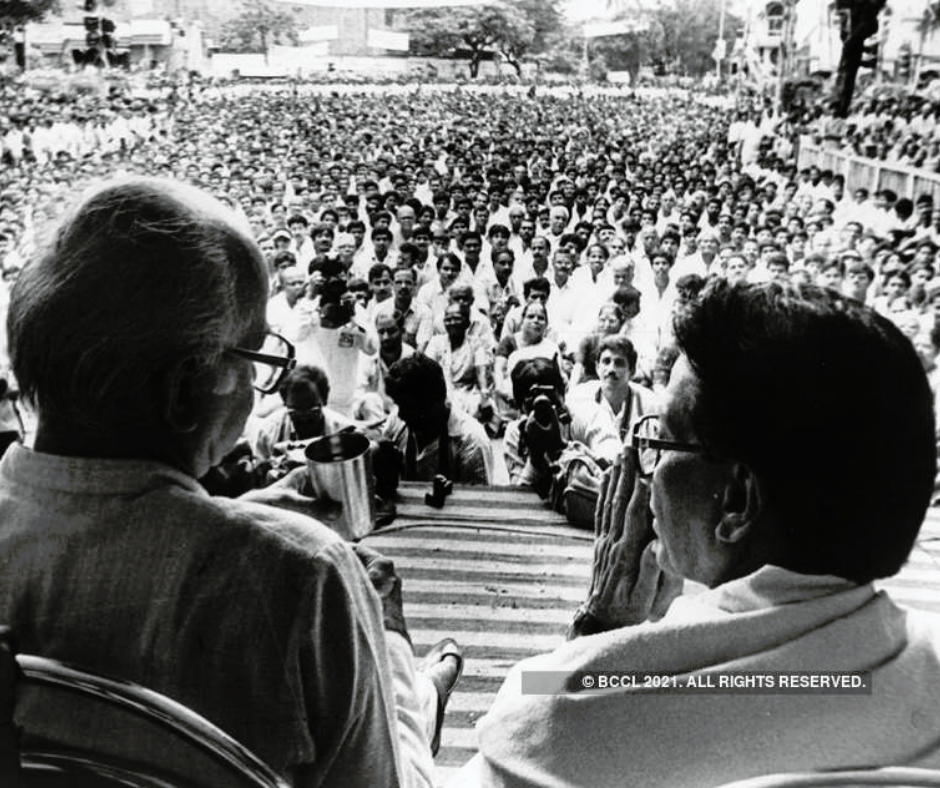 At the helm of the BJP in 1990, LK Advani found himself straddling different narratives in a rapidly changing political landscape. The VP Singh Government, with outside support from the BJP had announced the implementation of the contentious Mandal Commission report and introducing reservation in government jobs for communities designated as Other Backward Castes.

The BJP’s traditional Brahmin-Baniya voter-base saw reservation as an attempt to curtail their opportunities and end meritocracy. The pressure was on Advani to speak out against the report and bring down the government. Advani, however, recognised that such a move would alienate the numerically stronger middle castes, crushing the BJP’s dream of attracting Hindu votes across the caste spectrum.

To pacify both groups, the BJP would have to counter the current of Mandal with one of its own - Kamandal, a metaphor for Hindutva politics. Advani announced his support for the construction of a Ram temple at the disputed site of Ayodhya, where the Babri Masjid then stood. For this, he would undertake a rath yatra, a brainchild of his and his lieutenant, Pramod Mahajan.

The rath, a minibus dressed like a chariot would travel over ten thousand kilometres by road, mobilising support for the construction of the temple. The yatra began on 25th September, with Advani and his wife offering prayers at the Somnath temple, one that had been restored with government help after independence. The symbolism was not lost on anyone.

Across lines of caste, men and women thronged the streets, welcoming the chariot with lamps, flowers and coins. Not even the leaders with their ears most firmly to the ground had expected the reception Advani’s cavalcade would get as it marched along a roundabout route towards Ayodhya, dotting as many cities as possible. Overnight, the plain party organiser Advani had transformed into a formidable mass leader.

As the rath rode on, several, including BJP leader Atal Bihari Vajpayee would express their unhappiness with the course it was taking. Advani, however, was undeterred. At the Centre, VP Singh was alarmed, but maintained a cautious silence. Stopping the charge of the rath would mean losing the BJP’s support in Parliament, one that his government was dependant on.

On 22 October, eight days before the rath was scheduled to reach Ayodhya, the Left parties gave VP Singh an ultimatum—arrest Advani, or lose their support. That night, officials flew into Samastipur, where Advani was camped. Bihar Chief Minister Lalu Yadav issued his orders, and Advani was woken up in the wee hours of the morning, arrested, and flown out instantly.

The impression however, had already been made. Proponents of the rath yatra hail it as a mass movement – not solely a political one, but a cultural and civilisational outpouring. Critics point to the stream of communal riots and violence it left in its wake, brazenly dividing Hindus and Muslims. None, however, disputed the lasting impact it would have on national politics.