India Can Lead The Way In Building A Disaster Resilient Future

Many states like Andhra Pradesh and Odisha have included 100% reconstruction assistance for the needy. 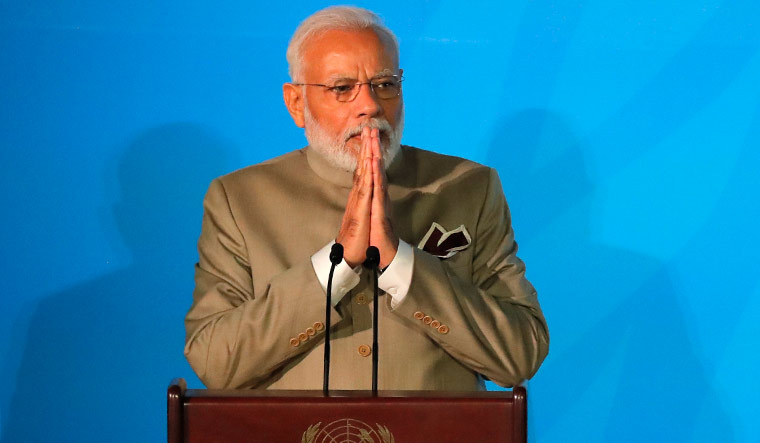 Encouraging leadership for building disaster resilience globally, Prime Minister Narendra Modi had laid the foundation of a global Coalition for Disaster Resilient Infrastructure (CDRI) during the UN Climate Action Summit 2019 on September 23, 2019. The coalition had been tasked with providing more than 35 member countries with technical support, research and advocacy towards encouraging and prioritising investment in disaster resilient infrastructure systems.

"What we need is a global people’s movement to bring about behavioural change; need, not greed is our guiding principal. So, therefore India is here today to present a practical approach and roadmap…In order to make our infrastructure resilient in the face of disasters, India is launching a Coalition for Disaster Resilient Infrastructure. I invite all member states to join this Coalition."

Furthering the agenda, the Finance Commission of India put together an expert group of States, NDMA and different Government agencies along with the UNDP for creating a Disaster Scorecard aligned with three nodal agreements – the Sendai Framework for Disaster Risk Reduction, UN Agenda 2030 and the Paris Agreement on Climate Change.

The scorecard was predominantly based on two indices – Disaster Risk Index & Disaster Resilience Index. Today, this has led to a gradual but paradigm shift in disaster risk identification, assessment, mitigation and relief amongst disaster prone states like Odisha, Assam, Andhra Pradesh and Gujarat. India’s own Protocol for Disaster Risk Assessment & Reduction is based on composite methodologies of various states and the experience of NDMA in both monitoring and mitigating them. There are five key areas in which India is making tremendous progress –

Focus on the vulnerable

Globally, the most vulnerable are the economically poor. When a disaster strikes, they are the first in line to face pangs of hunger, lack of a livelihood and loss of assets. The debts they incur due to the losses suffered nullifies years of gains from State run poverty alleviation programmes. Today, many states like Andhra Pradesh and Odisha have included 100% reconstruction assistance for the needy under relief commissioning and post-disaster livelihood augmentation programmes (like providing allowances for rebooting animal husbandry, pisciculture and farming among others).

Insufficient compensation creates holes in the social security fabric of a nation and has been a steady contributor to increasing poverty in risk-prone zones. Today’s improved framework sees all the coastal states offering compensation and assistance in the form of monthly incomes, utensils, clothes, cooked meals and hygiene kits. This is a massive shift from the earlier 10% compensation scheme, which was meagre even by twentieth century standards. This significantly reduces dependency on savings, informal borrowing and liquidation of assets. While some states have progressed to direct benefit transfers, some have stuck to a cash-in-hand policy owing to the digital divide in the country.

Be it Odisha during Cyclone Fani, Andhra Pradesh during Cyclone Phailin or West Bengal during the latest Cyclone Amphan, Indian states have shown remarkable improvement in their ability to evacuate people to safety in view of an impending natural disaster. What looks like a simple pick and drop exercise is actually a bureaucratic nightmare, but the management protocols in place cut through most red tapes to ensure such mass evacuations involving millions take place in less than 48 hours. The people are housed in temporary or permanent shelters and fed cooked meals with hygiene being maintained at every level. Odisha and Kerala with their existing model of community kitchens have streamlined it better but other states have been catching up steadily.

From mobile dispensaries to deploying healthcare workers in cyclone shelters, states have taken a varied approach albeit with a single-pointed agenda of ensuring no outbreak of disease in such places. With Government of India’s Ayushman Bharat and the universal healthcare programmes of individual states, quality healthcare has become more affordable. This further helps the needy save on their already contracted economic conditions due to a disaster.

Odisha’s Early Warning Disaster Warning System is one of the most prolific applications of technology in the Asia-Pacific region and has played a key role in aiding the State’s disaster mitigation policies. Similarly, Kerala has a Crisis Management System built on DevOps while Andhra Pradesh has put together a Decision Support and Management System. India’s continued investments in the IRS programme and GIS & VHF radios have also come in handy.

Low penetration of insurance programmes, digital divide and lack of infrastructure in remote and water-locked regions of the country has cut into the gains achieved in the last decade. Policymakers must keep going back to the board for more insights into leveraging technology, skilled workforce and scientific temper for fighting disasters while safeguarding livelihoods of the vulnerable most.

At the helm of CDRI, India’s job is cut out – unlearn, learn and re-learn. India’s handling of the CoVID-19 crisis has shown its administrative capability in scaling up existing frameworks for bigger challenges while exposing flaws in policies for helping the vulnerable. This, however, takes nothing away from the fact that India has been miles ahead of many of its counterparts in the West when it comes to handling natural disasters.