India Is Losing The Geopolitical Battle To China (Part 2) 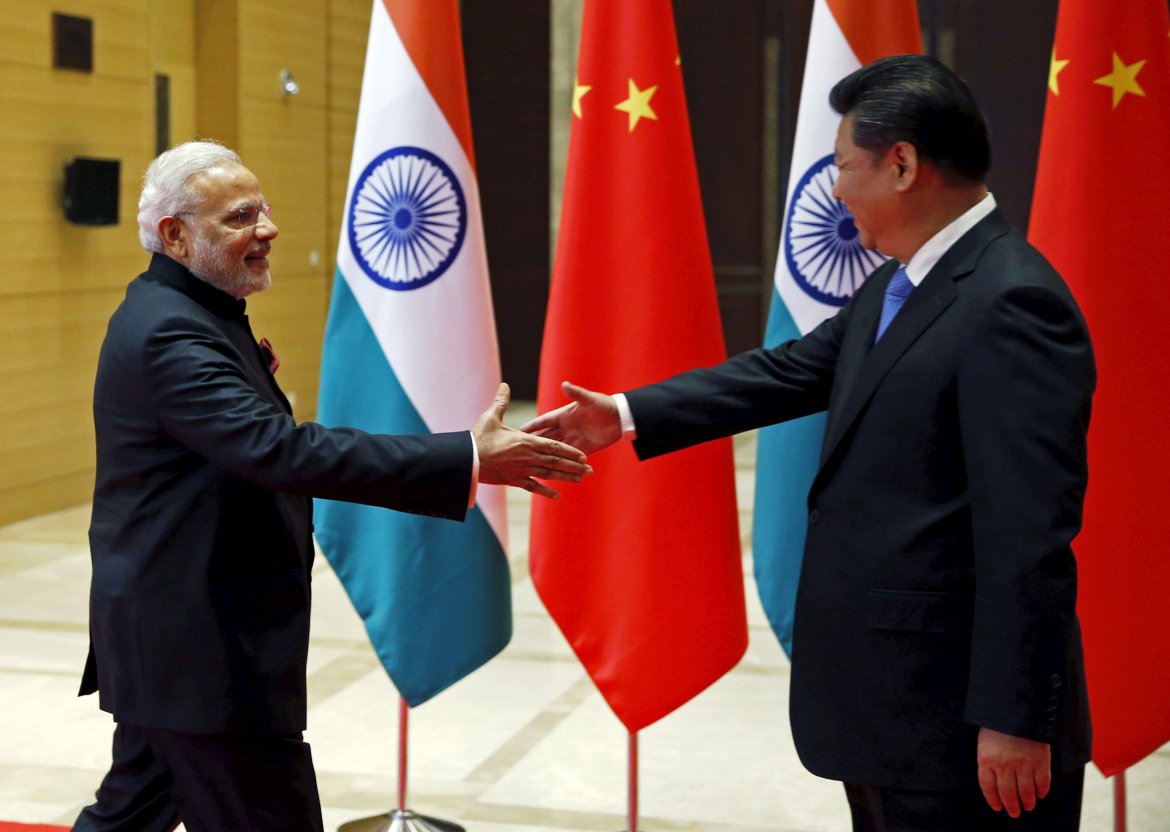 The strife between India and China is better understood as a tug-of-war. Both countries seek to increase their power through alliances. Apart from the guaranteed allies of India (like Bhutan) and China (like Pakistan), there are quite a few countries in the region which remain neutral or are unwilling to side with either of the powers, such as Afghanistan, Bangladesh, Sri Lanka, Myanmar and Nepal which could waver to either side. Hence, China and India are actively involved in wooing them to their respective sides.

The Afghan civil war predominantly determines Afghanistan’s view on various issues between India and China, with Pakistan also playing an important role in this combination. Both India and China continue to shape the peace between the government and the Taliban forces. China seeks to reconcile the government with the integration of the Taliban, while India has been inconsistent on the stance of recognising a Taliban-led government resulting in a neutral diplomatic relation with it. However, China has a few added advantages. Firstly, it can conduct a trilateral dialogue with Afghanistan, thanks to Pakistan’s renewed relations with Afghanistan. China has been quite successful in bringing in Afghanistan into its Modern Silk Road – the Belt and Road Initiative. On top of that, India’s challenge in conducting diplomacy with Afghanistan due to the infamous Citizenship Amendment Act (CAA) boosts China’s position in the battle for supremacy. The CAA strained relations between India and Afghanistan as it seemed to be implicitly targeted specifically at the Muslim community from three Islamic Republics, among which Afghanistan is an important inclusion. With the fragile ongoing peace process in Afghanistan, India should partake in it while simultaneously exercising discretion so as to not intensify proxy warfare.

After the war with Pakistan in 1971 and the liberation of East Pakistan, the relationship between Bangladesh and India has been uncharacteristically uneven where India continues to be overprotective of it and at times even patronizes it. China uses Bangladesh’s discomfort with India to invest in capital by undertaking projects, as a part of its debt-trap diplomacy. For instance, an Indian bidder lost out to a Chinese bidder on a contract for the construction of a new airport in Sylhet. Adding to that, Bangladesh and China have agreed upon several other investments worth millions of dollars. In addition to this, China’s plan to provide greater incentive to Bangladesh has translated to duty-free entry for Bangladeshi products into Chinese markets. In terms of defence, China plays a pivotal role with respect to Bangladeshi defence affairs. As indicated in a joint statement, priority will be placed on “defence industry and trade, training, equipment and technology, mutual visits of navy ships.”

India, over the past few years, has not been making its case better with Bangladesh. The Bangladeshis have expressed resentment over the alleged anti-Islam rhetoric displayed by India through the CAA, the National Register of Citizens (NRC) and the construction of the Ram Mandir over the site of the demolished Babri Masjid. Despite this setback, Prime Minister Sheikh Hasina has assured that both India and China will remain important partners to Bangladesh. However, that must not be read at face value. As we have seen, in an absence of aid from India, Bangladesh does not hesitate to turn to China.

Sri Lanka continues to be the poster child for China’s neo-imperialism. Due to the debt trap caused by China in Sri Lanka through the BRI and the latter’s inability to pay back the loans and investment costs, Sri Lanka was forced to lease the Hambantota Port to China for 99 years. The port is placed in an extraordinarily geostrategic location and allows China to carry out its ‘String of Pearls’ policy to undermine India’s presence in the Indian Ocean. Sri Lanka is on the verge of being converted into a semi-colony of China, similar to what happened in Pakistan through the China–Pakistan Economic Corridor (CPEC). Despite this, Sri Lanka claims to have placed a strong emphasis on its “India-first” policy. Prime Minister Mahinda Rajapaksa, however, has acted otherwise, and is known for his pro-China policy.

Sri Lanka has suggested that it will not exclusively rely upon India and can turn to China if it is required. India must find adequate leverage to be used in helping Sri Lanka preserve and protect its sovereignty and at the same time re-evaluate it’s policies towards the island nation.

Myanmar serves as the lynchpin and gateway to India’s ‘Act East’ strategy and can aid in serving a monumental role in defusing the Chinese threat in the North East region of India. India has ardently involved itself in projects in Myanmar. For example, the Sittwe port has been constructed by India. India also remains as an observer nation to the Association for South-East Asian Nations (ASEAN) and has fervently contributed to it.

Sino-Myanmar relations have improved dramatically after the genocide of Rohingya Muslims, which attracted widespread condemnation and eventual sanctions from the international community, thereby pushing Myanmar towards China. The border between the two countries is dotted with armed insurgent and separatist groups. China sees this as a chance to dominate and have leverage over Myanmar’s internal politics by influencing and encouraging these rebel groups. As a result, it has close relations both with the Myanmar military and the National League for Democracy (NLD). In addition to this, China has yet again pursued its BRI in Myanmar by forming a China-Myanmar Economic Corridor, and investing over USD 7.2 billion in the Kyaukphyu port – creating another debt trap.

Myanmar is a country which can be considered to be both in South and South-East Asia. Hence, India needs to deepen ties with it. This could ultimately lead to an alliance with South-East Asia, given that they too seem to be increasingly vigilant of China’s expansionism.

Wedged between India and China, Nepal has had a fair share of cordial relations with both the countries and currently acts as a geopolitical ‘buffer’ state between both the countries. Nepal, currently embroiled in a political crisis, was met by a Chinese delegation a few months ago, with the intention of uniting the two communist parties of Nepal, one of them led by the Prime Minister KP Sharma Oli. The Chinese overreach of being the self-assumed mediator has a pretext to it – the current Nepal Communist Party (NCP)-led ruling government seems to be favourable to the Chinese.

Nepal and India also have a longstanding border dispute and most recently Limpiadhura-Kalapani-Lipulekh region was shown in a Nepal map as a part of its territory which further instigated hostilities. There is some indication that the roots of the worsening border dispute arise from the internal political crisis as well as encouragement from China.

Nepal is also a part of China’s BRI, allowing China to become the number one investor in Nepal. Moreover, China and Nepal recently collaborated and jointly announced the newly calculated height of Mount Everest. Although this is not considered as a cause for concern, it plays right into the Nepal-China alliance optics. Therefore, India should specifically focus upon bringing about political peace in Nepal as China having a grip over that region could put India’s geo-defence policy in jeopardy.

Finding strategic allies in the region remains one of the most essential tasks for India to carry forward, since looking at how the events seem to be playing out, one can conclude that they are neither isolated nor favourable for India. It serves as a crucial responsibility for India to address the situation as soon as possible; being beholden to an adversary such as China seems to be likelier for a neighbour of India than finding a perpetual alliance with India. India needs to re-evaluate certain aspects of its foreign policy, particularly that of handling China, and realise the necessity of recalibrating its geopolitical compass to suit both its prosperity and security. If India does not prudently recover from the current state of induced isolationism perpetrated by China, it could lead to the risk of an imminent geopolitical gridlock for India. Finally, India should be involved in defence diplomacy rather than vigilant observation by taking the support of its neighbours for granted. It does have the potential to counterbalance China, and should actively seek to further equity and participation in the region.