India Seeks To Lead The World’s Fight Against Climate Change

On paper, the plan seems to be an ingenious way of affirming India’s image as a global leader. 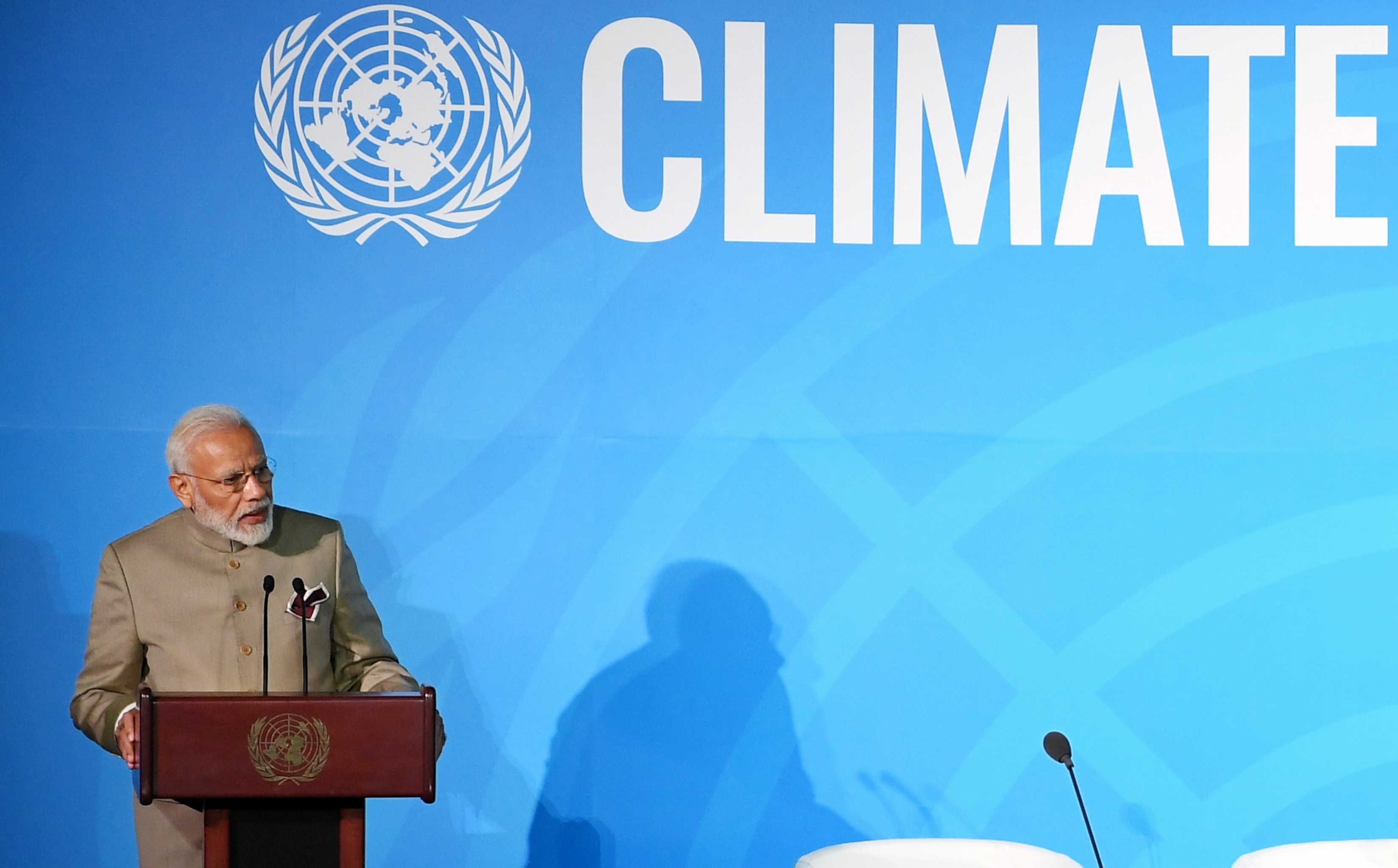 In the run up to the 2021 United Nations Climate Change Conference, also known as COP26, reports have emerged that India and the UK are likely to put out a joint declaration on the trans-national solar grid—called one sun, one world, one grid (OSOWOG)— conceptualised and promoted by India through its International Solar Alliance (ISA).

OSOWOG, called ‘green grid’ by the British, falls under the purview of the Ministry of New and Renewable Energy. In 2020, the ministry had put out a request for proposal (RFP) to recruit consultants to turn this idea into policy. As per the MNRE’s plan, the grid will connect 140 countries and transfer solar power. “With India at the fulcrum, the solar spectrum can easily be divided into two broad zones viz. far East which would include countries like Myanmar, Vietnam, Thailand, Lao, Cambodia and far West which would cover the Middle East and the Africa Region,” the MNRE said.

OSOWOG is ambitious in its plans to cover the globe in a grid of renewable energy. It was first articulated by Prime Minister Modi in 2018 during the first assembly of the ISA. The ISA itself is an alliance of 124 countries led by India, all of whom lie either completely or partly between the Tropic of Cancer and the Tropic of Capricorn, and thereby receive ample sunlight.

On paper, the plan seems to be an ingenious way of affirming India’s image as a global leader. Several policy experts have termed this as India’s counter to China’s Belt and Road Initiative. Notably, both Pakistan and China are not a part of the ISA. Additionally, by throwing its weight behind climate policy, India presents itself as an earnest member of the global community.

However, on ground, the plan is highly technical and will be tough to pull off. Some details about the plan are still unclear. An obvious question is what would happen in case of a geopolitical crisis, where two countries might refuse to cooperate? It is unreasonable, then, to expect countries to fully rely on the solar grid for their energy needs, but if it is to remain a partial commitment, would they consider it worth their investment?