"India, that is Bharat": Our Future Must Be Rooted In Our Shared Past

The question to ask then is why is there this narrative of separate identities? 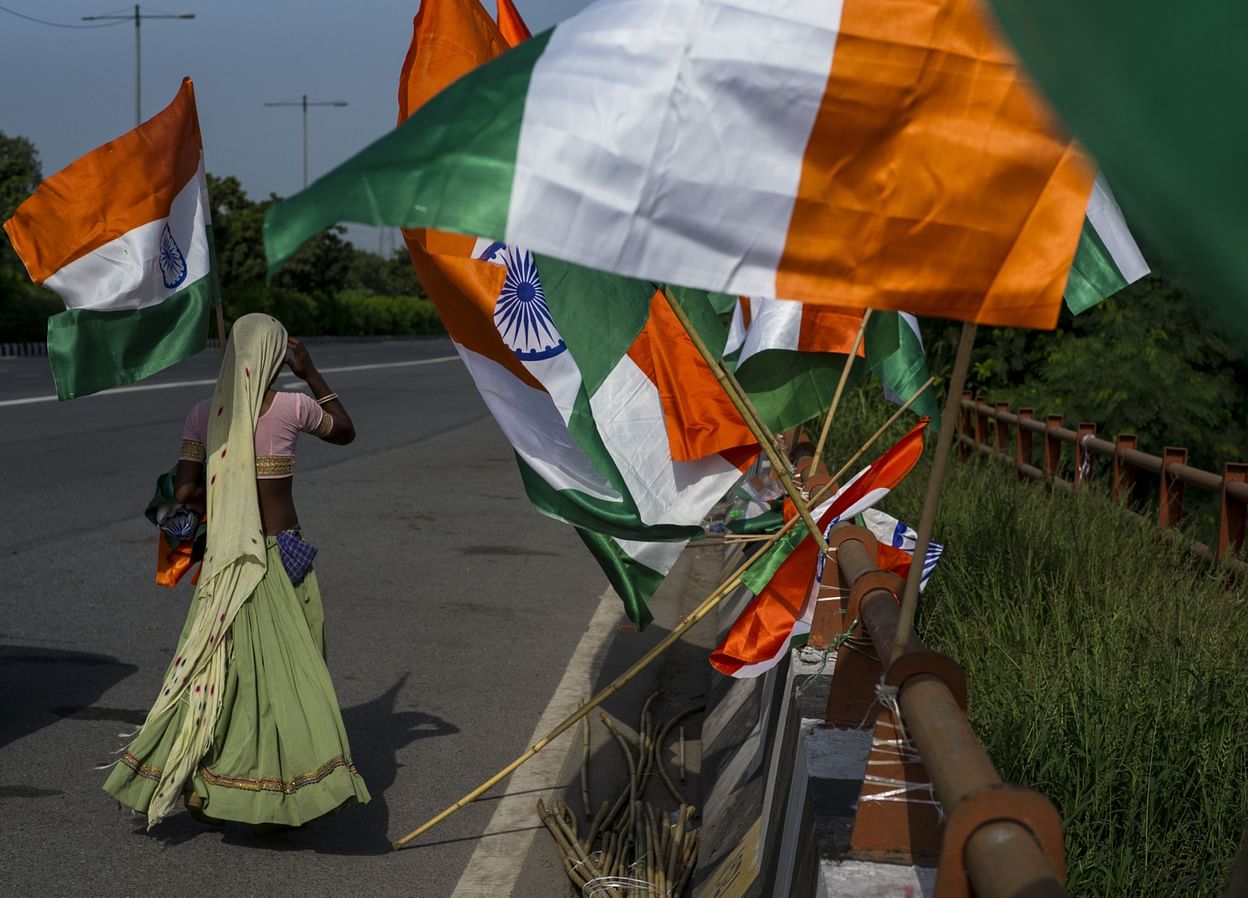 This for me is among the many stories of Bharat that connects us all spiritually as well as emotionally. This represents the underlying unity of this great country. Article One of the Constitution of India says, “India that is Bharat shall be a Union of States”. This is also true of the spirit of India. In various expressions of diversity that we see around ourselves, in terms of culture, language, food and what not, there lies this underlying unity. Having been born and raised in the state of Uttar Pradesh and worked in Delhi and Arunachal Pradesh, I see this unity abound. In my attempt to understand this underlying unity of Bharat, I have learned to respect its diversity. The question to ask then is why is there this narrative of separate identities?

John Strachey was a British-Indian civil servant and trainer of the civil servants-in-training. He used to start his class by saying, “The first and most important thing to learn about India is that there is not and never was an India.” Historian David Ludden in his book Contesting the Nation: Religion, Community, and the Politics of Democracy in India writes, “...the territory that we use to describe the landscape of Indian civilization was defined politically by the British Empire. India was never what it is today in a geographical, demographic, or cultural sense, before 1947.” They claim that there never was a nation and it is under British rule that this territory became one. Many, like Winston Churchill, had predicted that post-independence India would disintegrate and fall back into the middle ages.

India, after gaining independence, faced massive challenges. One of the biggest tests the leader of the time faced was to have a defined boundary of the land whose geographical sense was part of the civilisational memory.

Netaji Subhas Chandra Bose, in his autobiography The Indian Struggle, writes on the background of the Indian Polity. He mentions that since the British were the first to interpret political India to Modern Europe, it was but natural for them to describe India as a land where ruling chiefs were perpetually fighting among themselves. He goes on to write, “history of India has to be reckoned not in decades or centuries, but in thousands of years...though geographically, ethnologically and historically India represents an endless diversity to any observer—there is nonetheless a fundamental unity underlying this diversity... The most important cementing factor has been the Hindu religion. North or South, East or West, wherever you may travel, you will find the same religious ideas, the same culture and the same tradition. All Hindus look upon India as the Holy Land.’ He talks of the sacred rivers and ‘char dhams’. He says, “Everywhere the same scriptures are read and followed and the epics, the Mahabharata and the Ramayana are equally popular wherever you travel.” He debunks this myth that we were never a nation by writing that there has been in India on the whole a remarkable continuity of culture and civilisation.

Pandit Jawaharlal Nehru explains in Discovery of India about this sense of unity of India as an emotional experience. He writes about his experience with the peasants, within whom he was trying to instil a sense of oneness. He writes, “I tried to make them think of India as a whole...the task was not easy; yet it was not so difficult as I had imagined, for our ancient epics and myths and legends, which they knew so well, had made them familiar with the conception of their country.”

Both Pandit Jawahar Lal Nehru and Netaji Subhas Chandra Bose are trying to say the same thing. There has always been a sense of unity among the people of India. It is not without this sense of geographical unity that a child born in Kaladi in present day Kochi district of Kerala renounced the world at the age of eight to perform a Digvijay Yatra and travels to places as far as Odisha, Badrinath, Dwarka and Kashmir. We know him today as Adi Shankaracharya.

Vishnu Puran expresses this sense of geographical unity in the shloka

“The country (varṣam) that lies north of the ocean and south of the snowy mountains is called Bhāratam; there dwell the descendants of Bharata."

Post-independence we began the task of reconstructing India—territorially and emotionally, this continues even to this day. The entire nation went through a period of mayhem and riots. It was under the able and experienced shoulders of Sardar Vallabh Bhai Patel that the task to integrate over 500 princely states was completed. VP Menon who assisted Sardar Patel in this enormous task writes in his book The Story of The Integration of The Indian States, "India is one geographical entity. Yet, throughout her long and chequered history, she never achieved political homogeneity......Today, for the first time in the country’s history, the writ of a single central Government runs from Kailas to Kanyakumari, from Kathiawar to Kamarupa." Sardar Patel played an instrumental role in stitching the princely states along with British Indian territory and prevented the balkanisation of India.

Sardar Patel was also conscious of the fact that mere political integration of this land was not enough. He was aware that our wounded civilisation needed to be stirred to its core and woken up from the past of slavery and misery. There was an urgent need to rekindle among the people of India the bond they shared with their culture. The story of the resurrection of Somnath temple from its ruins is the story symbolic of the resurgence of India. Dr. Rajendra Prasad, the then President said, “It is my view that the reconstruction of the Somnath Temple will be complete on that day when not only a magnificent edifice will arise on this foundation, but the mansion of India’s prosperity will be really that prosperity of which the ancient temple of Somnath was a symbol.”

Sardar Patel wrote a letter to Princely States in 1947. This letter holds a special significance in today's time, “We are at a momentous stage in the history of India. By common endeavour, we can raise the country to new greatness, while lack of unity will expose us to unexpected calamities. I hope the Indian States will realise fully that if we do not cooperate and work together in the general interest, anarchy and chaos will overwhelm us all great and small, and lead us to total ruin”.

The question to ask then is what are we doing to keep India united today? Each year an estimated 6 million children complete 8 years of compulsory schooling in India with alarmingly low learning levels. And the learning crisis starts early, with more than half of these children unable to read simple text or do basic mathematics at the level expected of them by as early as grade three. Even now more than fifty percent of students in grade five cannot read a grade two text.

The performance in foundational literacy and numeracy is at the verge of crisis and we need to act now. The Kasturirangan committee report on Draft National Education Policy 2019 points out that if this goes on for some more years, we will lose ten crore or more of our students to illiteracy. “The country simply cannot allow that to happen - the cost is far too great - to crores of individuals, and to the nation.” Pandemic has worsened this crisis even more!

Swami Vivekanada used to say “Give me 100 energetic young men and I shall transform India.” We are struggling to find those 100 young people to this day. I on my part have decided and with conviction state that the reconstruction of Indian Civilisation can happen only and only by educating our children. I grew up in a middle-income family with access to excellent education and privileges that made my life choices easier. It was not the case with my father. Born in a village in Uttar Pradesh in poor economic conditions and with a single mother, he faced a lot of challenges. The only advantage he had as a child was that my grandmother had gone to school and understood the value of education. Providing education to the less privileged is in my mind the greatest service one could do for the country

When he was merely fifteen years old, Neta ji Subhas Chandra Bose on seeing the misery and poverty of his people wrote a letter to his mother, “Will the condition of our country continue to go from bad to worse-will not any son of Mother India in distress, in total disregard of his selfish interests, dedicate his whole life to the cause of the mother?...How many selfless sons of the Mother are prepared, in this selfish age to completely give up their personal interests and take the plunge for the mother? Mother, is this son of yours yet ready?" It is time, we the youth ask this to ourselves today, are we ready?