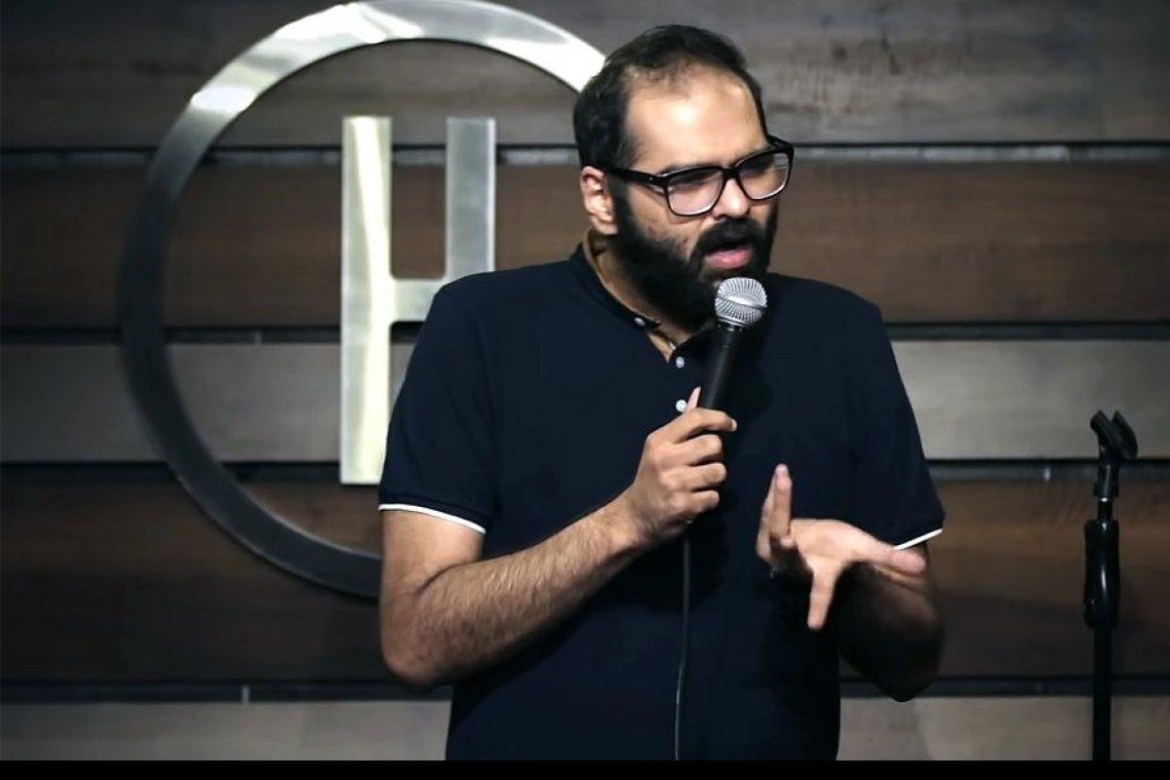 You know what’s not funny? Kunal Kamra. But full marks to him for milking the bull. Without him at the helm, who would have made fun of Hon’ble Chief Justice of India Shri Arnab Goswami? Vir Das?

Vir was so underwhelming that Netflix had to ship him to America and had him make fun of Indians before Indian Americans. If he was any more unfunny, he would be on an NDTV debate panel.

But what it is it that constantly pits India’s stand-up comics against the ruling dispensation, and now even the Hon’ble Republic TV and Supreme Court of India? Is there really no space for dissent through comedy? Or is there a lack of content? Or is it just the angry uncles on the right losing it the moment they hear Modiji in a Varun Grover special?

For starters, I think Modiji has invigorated the comedy industry by giving it both content and context. So much so, the most favourite numbers for any Indian stand-up comic are 2 and 0. Their favourite destination joke is Ayodhya, and most used plotline is a bearded, Sanskrit-loving man talking nonsense, threatening action against those who oppose him and letting loose on the world an army of rent-a-penny minions.

From imitating Modi to baiting him, from mocking Ram to insulting Krishna, the diversity in India’s stand-up material equals that of Pakistan’s Cricket Team. But voices from the illuminated and dark corners of the country have cried out on the lack of freedom to perform comedy that is fearless. It is true. Can you make fun of Gandhi and Muhammad in this country? Can you deride the HDMI-to-USB evangelists? Or crack a couple funny ones on farmers or women of foreign origin, involved in a conspiracy to bring India down, by getting involved in Indian politics?

We are standing on the precipice: a step forward is a giant step for comedy and a step backward is…less expenditure on things that make you angry, play with your beliefs and normalise profanity.

If nothing else, enjoy the lot on YouTube, via the Ambani-powered Jio network.