India trailing on both sides has repercussions to it and attracts reprimand from either side. 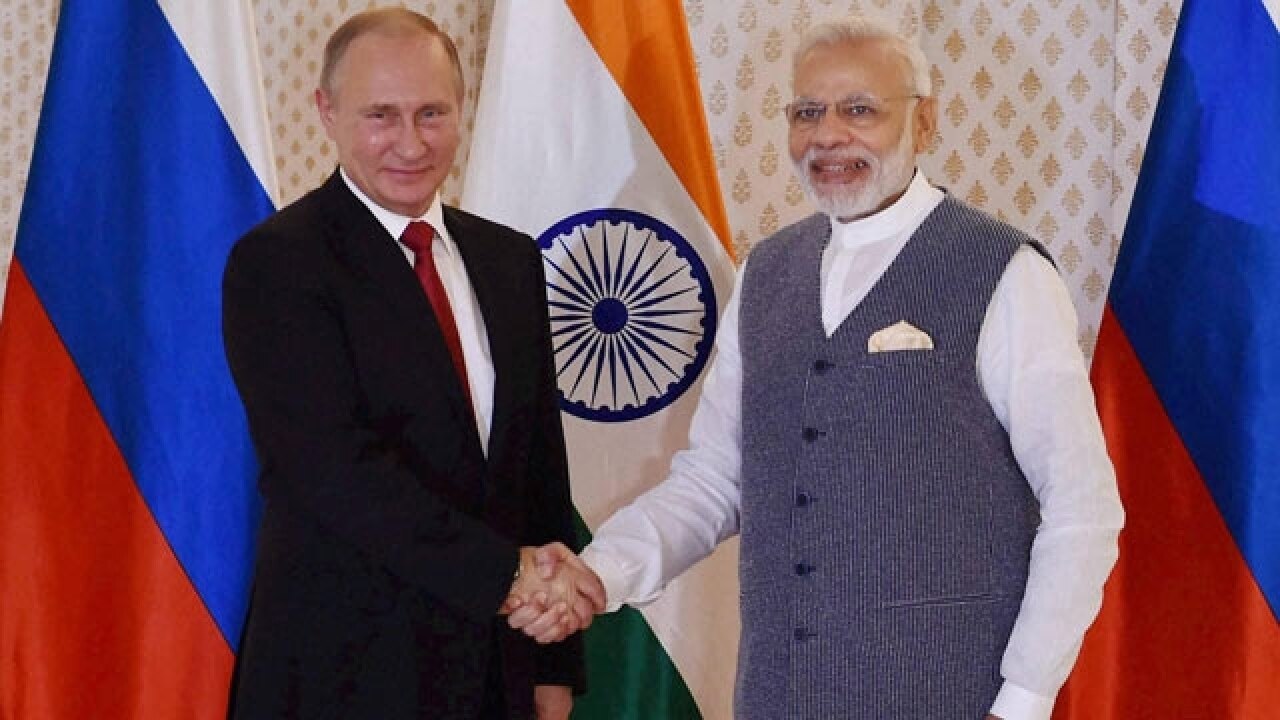 In 1947, Bernard Baruch coined the term ‘Cold War’, referring to the rivalry and suspicion between the United States of America and the Soviet Union and a perpetual condition of imminent war. The Cold War by itself was characterised by numerous proxy battles and carried an inherent trait of alliance formations with countries backing either the USA or the USSR, thus leading to a bipolar world. The United States created the North Atlantic Treaty Organization (NATO) and heralded its capitalist ideology, attracting nations with financial aids such as the Marshall Plan. In opposition, the USSR formed the Warsaw Pact with east European countries.

During this period of extreme contrast and mounting pressure, India ushered itself in as, what some people call, the third front, bringing out the ideas of ‘non-alignment’, attracting nations that were not willing to side with the fronts offered. The Non-Aligned Movement was quite a success as it prevented a third world war and preserved the sovereignty of the non-aligned nations.

After the end of the Cold War and the disintegration of the USSR, the USA emerged as a superpower, and eventually the world order transitioned from uni-polar to a multi-polar world, where each nation tries to assert itself as the leader of a bloc. The most notorious of the lot is China, which is very close to being a strong competitor to the USA. There is also the Islamic bloc which has Saudi Arabia and Iran vying for the support of the Islamic world, and a Latin American bloc has also been theorised of on occasions. Nevertheless, a Russian bloc continued to exist, though not as powerful as the one formed by the former Soviet Union.

Anyone with a remote knowledge of geopolitics would hold the impression that the USA and Russia are not exactly partners-in-development, as shown by the recent wave of US sanctions on Russia. Playing a double game by extracting benefits from both sides will worsen the situation for India.

Given that the USA and Russia are two of the most probable nations willing to deepen existing ties, India faces a strategic and instrumental question. Should it be completely and unequivocally voicing its support for a nation thus hindering the possibility of pursuing further relations with an opposing bloc, or should it play the double game and risk getting double-crossed by multiple countries? Should it just play it safe and foster surface level relations with countries, or rather emerge as a leader of a bloc in South Asia?

Consequently, India must realise that indecision could result in a situation where it loses cordial relations with both countries at the cost of trying to win support from both. Recent events occurring over the course of the last few years add to the already existing quandary and dilemma.

It is also important to understand that the concept of non-alignment is different from indecision — it essentially refers to assessing issues against India’s priorities. In the contemporary world, India wields monumental power and influences geopolitics. Being simply non-aligned is not going to make the cut if it wants to emerge as a global power.

Even though allying with both the USA and Russia brings a lot to the table for India, it is clearly not a sound foreign policy tenet in terms of long-term consequences. Both the USA and Russia have devolved into an important Indian trade and defence partner, but that may be the problem itself with the operative word being ‘both’. These countries undoubtedly approve of deepening ties with India; however, both demand a higher level of allegiance to the relationship which may often result in relatively isolated ties with the other country. It becomes a challenge after a while to perform a balancing act and stand on both boats.

India trailing on both sides has repercussions to it and attracts reprimand from either side. If Russia sees India as moving towards Washington, it will infringe upon their age-old relationship. As expressed by Russian Foreign Minister Sergey Lavrov who accused the US-led West of attempting to "undermine" Russia's close partnership and privileged relations with India.

At the same time, if India walks towards Moscow, the US threatens sanctions through the Countering America’s Adversaries Through Sanctions Act (CAATSA). As again shown by a recent US Congressional “Congressional Research Service” report which had warned that “India’s multi-billion dollar deal to purchase the Russian-made S-400 air defence system may trigger US sanctions on India under the Countering America’s Adversaries Through Sanctions Act”. The imposition of the CAATSA does not seem like a rational step by the US as India still serves as a lynch-pin for its China policy. Regardless, India may end up reaping nothing from the relationship with both countries which beats the purpose of even pursuing a relationship with both countries.

India clearly has a very fine line to walk on. For a deeper understanding of this quagmire, we will, in the second part, understand and assess the questions raised by both the US and Russia, and see how China fares in the mix.