Inside Chennai's Corona War Rooms - Stories Of Social Will

Chennai geared up to brace for the lockdown in many ways, here's one 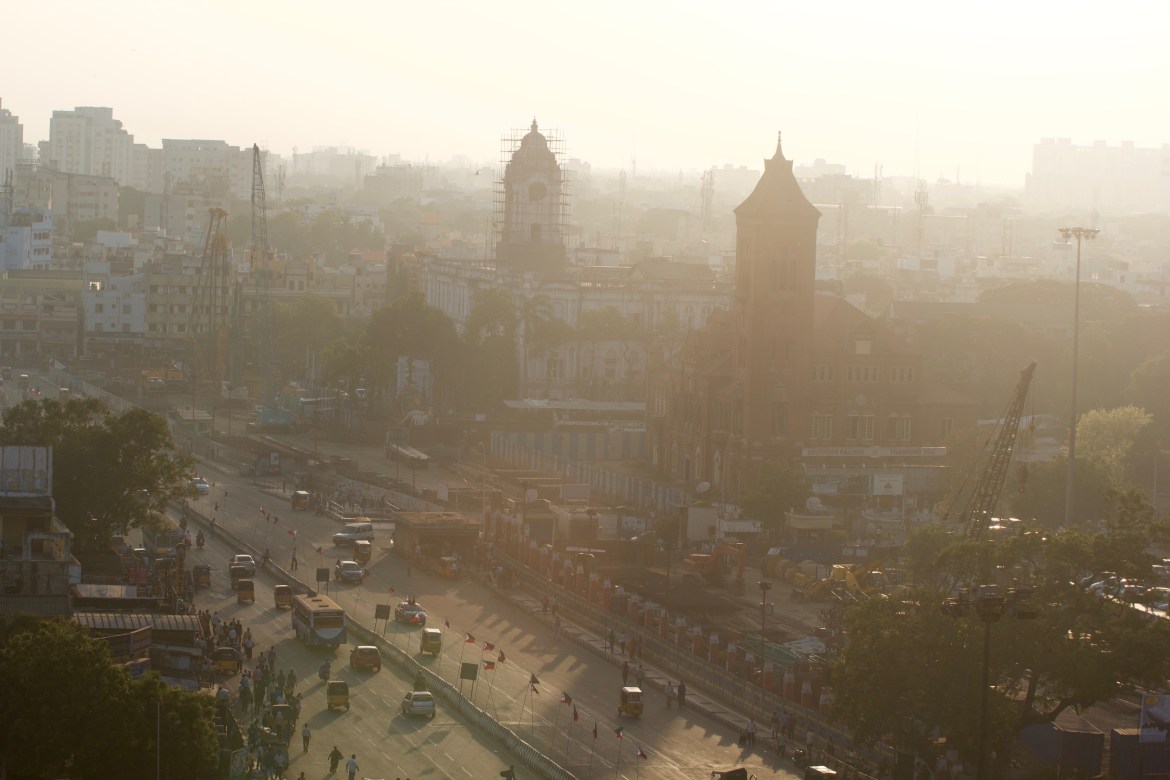 Societies are complex social structures held together by many moving parts, each with a mind of its own. An untrained eye might find social orders chaotic, but the harmony is impossible to miss during times of crisis. Imagine for instance, the nationwide army of volunteers, police, health workers, bureaucrats, politicians, journalists, kitchen owners and entrepreneurs who worked in remarkable sync to contain a highly contagious virus let loose in a mishap in China. The magnitude of their task is put in perspective by the size and scale of the relief work – coordinating deliveries, moving the sick, overhauling the ailing health infrastructure, maintaining law and order, checking on the old and the destitute, sourcing PPEs, increasing the test count and avoiding an all-out situation of panic among countless other things; all in the backdrop of a massive global economic slowdown.

In hindsight, it seems like this complex human machinery was able to function as a single unit owing to a common intent – of survival and larger good, with each part knowing exactly its role and where it fit. The case of Ram and his friends from Chennai is a classic example. When the Prime Minister announced a nationwide lockdown, Ram, Sudarshan, Sreenivasan, Rajan and Malini of ‘We the People of Chennai (WTPC)’ immediately reached out to trusted sources with a fair knowledge of what was happening on-ground. After briefing themselves, they registered as volunteers on the Government of Tamil Nadu’s website and got inducted into different response teams – ‘Differently Abled’, ‘Food Delivery’ and ‘Volunteer Induction’. Simultaneously, Aram Porul, one of their partner organisations, secured an official order from the Chennai Task Force to run a kitchen and serve meals to shelter homes, Chennai Corporation and the Police.

With the basics in place, the WTPC team began enrolling volunteers and fulfilling requests for home-delivery of essentials. But, their relief material was sourced from personal funds, making the effort unsustainable. Recognising the need for funds, they created a website and a mobile app in less than two days, which was equipped to handle volunteer registrations, support requests, donations and display general information. They named the platform ‘Edaan’ and registered it with the Tamil Nadu eGovernance Agency. They also set up a helpline and relayed the number to the municipal corporation and large NGOs.

Meanwhile, the kitchen which Aram Porul was operating began serving up to 4,000 meals every day to different beneficiaries across Chennai. The reason behind their ability to scale at such a rapid speed is in their past – this is the same kitchen which was at the centre of action during the infamous 2015 floods that devastated Chennai. It is a state-of-the-art facility which Hot Breads, a premium bakery chain in Chennai, built for the purpose of training the destitute and differently abled so they can find employment. Given the experience in the 2015 floods, the kitchen immediately agreed to cook meals during the lockdown. Since the Corporation was also familiar with them, permissions were expedited and the necessary orders issued immediately. As on the date of writing this article, the kitchen is still cooking meals and following all norms of hygiene prescribed by government agencies.

Soon, the WTPC-Edaan team realised that most of their requests were coming from migrant worker-groups that needed immediate access to shelter and food. At this time, nodal organisations kicked into action and started coordinating between such groups and the NGOs, forming a much-needed middle layer. These included private institutions and government authorities such as Collectors, Regional District Commissioners, Revenue Divisional Officers, Tehsildars, Principal Secretaries and even Parliamentarians at one point.

Soon, the WTPC-Edaan team began receiving requests from Bihar, Odisha, Jharkhand, Gujarat, Karnataka, Arunachal Pradesh, Assam and Mizoram. Within Tamil Nadu, they started catering to requests from Madurai, Kanyakumari, Ooty, Kanchipuram, Chengalpattu, Tirupur, Coimbatore, Karaikudi and Ramanathapuram, made possible by a strong on ground network and their numerous collaborations with other NGOs. Take for instance an occasion when Guru Prakash sought support for a large group of migrants from Bihar, who had managed to reach Chennai from Tirupur but did not have a place to stay. The team immediately reached out to the Chennai Corporation and the Deputy Regional Commissioner, Mr. Varghese, who helped secure availability at a shelter home. In another incident, the team discovered that thousands of migrant workers from Jharkhand, Odisha, West Bengal and Bihar had been cut off by their contractors at factories near Sriperumbudur, as a result of which they had no money or access to food. Arranging shelter and meals for such a large number of people was not a sustainable solution. So they reached out to the District Collector of Kanchipuram, who spoke with the local contractors and secured support for the workers.

The message is clear

The WTPC-Edaan team coordinated thousands of such deliveries, accommodated last minute changes, attended SOS calls, helped stitch more than 20,000 masks, sourced PPE kits, ensured the safety of their volunteers, constantly kept in touch with beneficiaries, arranged for transport; the list is long and the stories many, but what is important to note is, they formed a solid support system which the government could rely on during an unprecedented crisis. In a democracy, social will is often equal to or more important than political will. The responsibility of citizens does not start or end with voting; on their shoulder lies the burden of forming a society that is sensitive to its needs and possesses the capacity to introspect and self-correct. The world has its hope pinned on people like Ram and his friends to fight and win the coronavirus battle, because social will not only precedes political will but outlasts it.