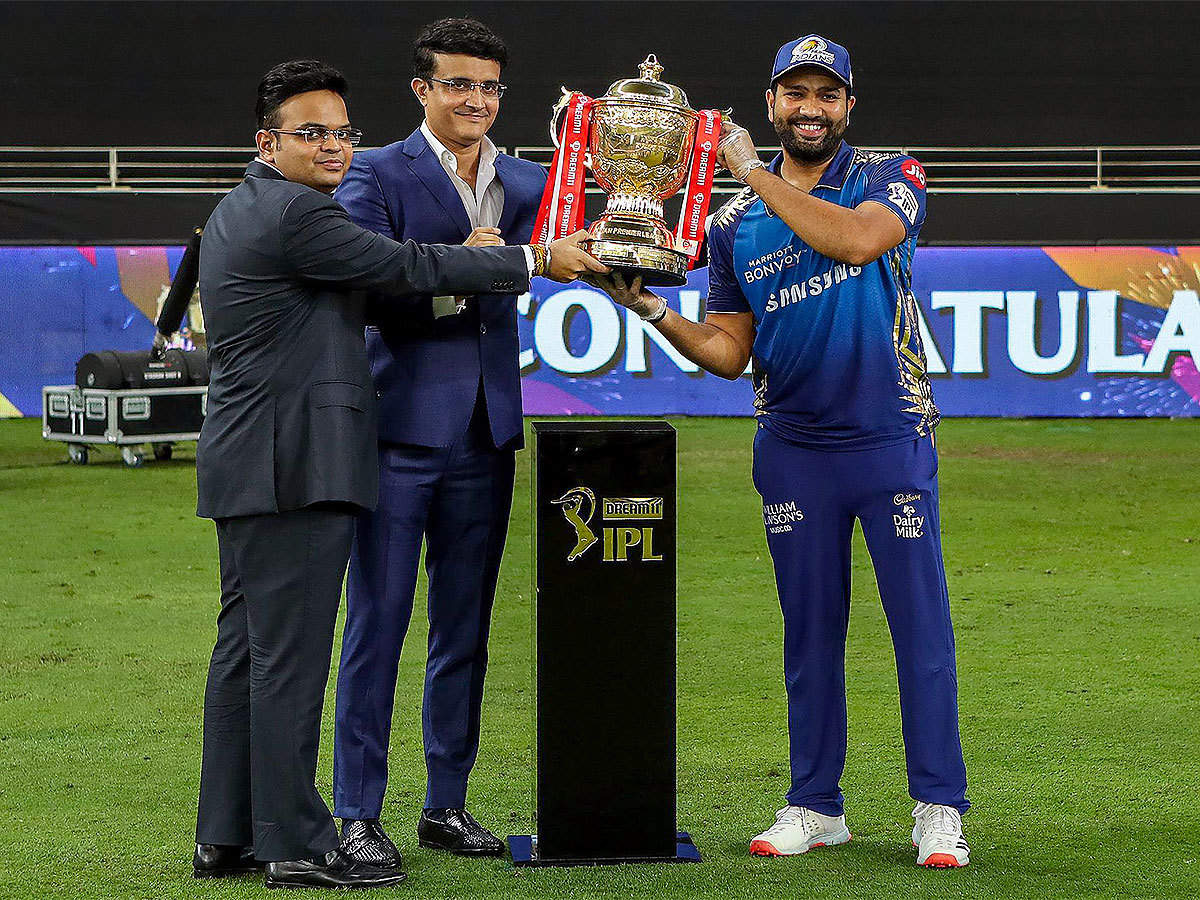 “India is going through its worst phase of the Covid pandemic. Hundreds of thousands of people are struggling, many in vain, to exercise their right to live, as a ramshackle universal healthcare system proves that it has no answers to the challenges posed by a creepy bug. The health ministry's daily bulletin of fresh positive cases and fatalities has hit the stratosphere, so have SOS messages from individuals and hospitals seeking oxygen refill and lifesaving medicines. Hospitals refuse fresh admissions for want of Covid beds. The rush at crematoriums is heart-breaking. Most of us already have friends or relatives who have succumbed to Covid-19 or are battling for life.

In such a tragic time, we find it incongruous that the festival of cricket is on in India, with layers of bio bubbles creating protection. This is commercialism gone crass. The problem is not with the game but its timing. Cricket, too, must accept that we are passing through an unprecedented crisis. In the circumstances, The Sunday Standard and The Morning Standard will suspend IPL coverage in the newspaper with immediate effect till a semblance of normalcy is restored. This is a small gesture towards keeping the nation's attention focused on life and death issues. We are sure that our readers will see the point. These are times when we must stand as one nation with one resolve.”

On April 25, The New Indian Express channelled its inner Telegraph, brewed its own concoction of cancel coffee and hammered the above out as its protest against the ‘IPL vulgarity’ and ‘oblivious cricketers in their bio-bubbles’. But TNIE continued to cover football’s magnum opus, the Barclay’s English Premiere League in the same edition. A league where the top six English clubs left to join a breakaway European Super League for billions of dollars, a league where strikers earn themselves a transfer fee bigger than IPL teams put together. The league is being held in United Kingdom, where about 6.46% population has already contracted COVID-19 as opposed to India’s 1.26% and the critical coverage in London’s newspapers about football still concerns VAR, transfer fees and Mourinho’s sacking.

The problem isn’t rooted in the IPL, its ‘big money’, bio-bubbles or empty stadiums. It has more to do with the anti-elite, anti-cricket culture war between the Indian Right and the Left. While generally furious with the glamour of cricket, the RW has come to the defence of IPL against the ongoing onslaught on it by the Indian Left. The political overtures in TNIE’s tirade are also evident – Home Minister’s son Jay Shah is the BCCI Secretary and Sourav Ganguly, the BCCI President, is supposedly pretty pally with BJP top brass.

The New Indian Express, despite all the learned minds boxed into its bureaus, fails to understand that the IPL is in fact a commercial event that brings revenue to a plethora of industries, provides sportspersons — not just the stars but many uncapped players from across the country — a shot at stardom and a financial incentive to keep playing the game.

IPL is a launchpad for fledgling start-ups like Dream11, Unacademy (which joined the prestigious unicorns’ club with over a billion-dollar valuation in 2020), Upstox and Cred. When the first wave of the pandemic hit Indian shores and many lost access to livelihood, these start-ups stepped up, created jobs, pioneered new working cultures and helped steady the economy. The New Indian Express put its e-paper behind a paywall beginning 1 June 2020; vacated rented offices across eight bureaus in Kerala beginning 31 May 2020; announced salary cuts beginning 16 May 2020 in an internal email on 12 May 2020 (journalists working from home at TNIE were already facing a 30% cut); paid only partial salary for the month of March last year; did not renew contracts of many journalists whose contracts ended on 31 March 2020. Adding on to that, the information about delayed salaries was communicated to the staff on 5 April. Salaries were due on 7 April 2020.

Adam Gilchrist, many other sportspersons and prominent Indian celebrities have also voiced their concerns on IPL being held while India battles an ominous second wave of COVID-19. While it seems to come from a point of concern, it’s more of misguided ‘guilt tripping’ and acute virtue signalling. Much like people saying, “how can you travel?”, “how can you get married or splurge on a gift to your wife when someone died on the streets waiting for oxygen cylinder” or “how could you talk gourmet on your Instagram while someone out there went hungry for a day?”.

Such fleeting narratives have formed the bedrock of India’s new war on intellectuals, and the educated elites in metros and posh suburbs of the country, who continue to foist their imported ideals on the hopeless and hapless in an attempt to indoctrinate them. The farther they get from the brazen realities of a pandemic, more unfathomable have their opinions started appearing to public. This includes former legions of bureaucracy, bureau chiefs, activist-academics and celebrities in penthouses/treehouses.

The problem is not with the IPL. The problem is the wealth that comes with it. In a nation like India where wealth-creators are dubbed as criminals, cronies, dishonest crooks and vampires, the civil and intellectual society’s opinions on a sporting event that generated INR 4000 Crores in revenue in its last season is obvious. The vulgarity on display is of the media that has made the IPL a matter of a negative debate by censoring its coverage, ultimately giving it a bigger space in discourse and defeating the goal of their crusade.