Is Atmanirbhar Bharat The Answer To India's Economic Woes? 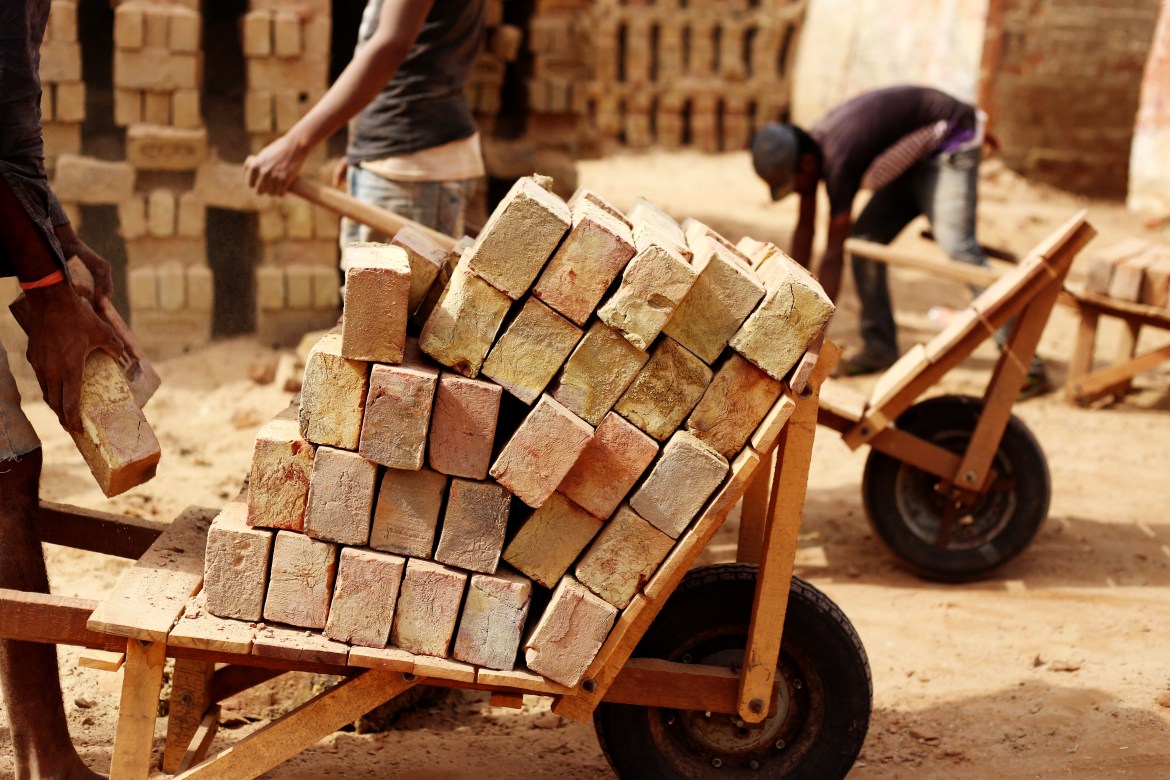 Atmanirbhar Bharat, launched during the lockdown by the Modi government, can be described as a holistic economic scheme, which aims to achieve the objectives of self-reliance and economic sovereignty. This ₹20 lakh crore package equals close to 10% of the GDP and aims at uplifting various stakeholders: farmers, industrialists, labourers and taxpayers, MSMEs and cottage industries. To that end, it seeks to strengthen the pillars of the economy – infrastructure, technology and demand-supply interactions. At first glance, Atmanirbhar Bharat can be welcomed as a harbinger of an era of economic prosperity and recognition for India. But there is much more to it than what meets the eye.

While this is a bold and much-needed initiative, the Central Government has failed to address the elephant in the room – the immediate economic consequences of the pandemic. The informal sector of our economy is completely crippled, livelihoods have been shattered, while the formal sector is still attempting to deal with the economic reverberations of the virus. Instead of addressing these concerns, the BJP government has charted out a plan, admittedly rather wonderfully, for the next decade or so of Indian economic growth. This growth, however, cannot, and will not, take place if emergency economic mechanisms are not put in place.

Despite that caveat, the scheme possesses several positive aspects.

One such positive aspect is its relentless support towards Micro, Small and Medium Enterprises (MSMEs) and their role as the sector that not only alleviates the crises that plague the Indian economy but as a weapon that could be used to counter Chinese economic aggression. In my opinion, agriculture and MSMEs are two unexplored sectors of India with immense potential that, if wielded properly, could knock China off the head of the economic table. But in the process of strengthening them, the government has failed to address the biggest challenge they face.

An MSME is forced to pay its employees and contractors on time. At the same time, those who purchase goods and services from MSMEs, usually bigger corporates, delay their payments. They find themselves to be stuck in a rather desperate situation with no funds and vendors demanding payments. This forces them to borrow from banks at steep rates of interest, thus imposing further pressure on them in the form of interest payments and loan repayments. Thus, these enterprises require an adept redressal mechanism to voice out their concerns against delayed payments to ease the process of doing business in India. Creating a transparent and efficient legal system to ease the business framework in India is very crucial. In its absence, we cannot achieve growth.  Accelerating the speed of justice will not only enhance the confidence of the people in the judiciary and the government but also provide social incentives to investors, nationally and internationally. These incentives assure investors of a safe yet competitive investment climate, giving them optimum returns and reinforcements to continue investing in the economy.

Another dimension of the scheme that stood out and received much criticism is the confusion between import substitution and export expansion. Just like how a market requires the forces of demand and supply to operate, a liberalized and globalized economy requires the twin pillars of exports and imports. Several economists voiced fears over Atmanirbhar Bharat’s intent to return to an era of no imports. Alluding to Nehruvian Socialism and the policy of “Looking Inward”, policymakers and economists reiterated the dark phase of economic growth under the above-mentioned policies and their failure to squeeze Indian economic potential. However, the scheme does not emphasize on isolationism.  It aims at developing economic resilience which requires both, export expansion and imports. It is also very different from the license permit-raj and the inspector-raj era of Nehru and the heights of the Planning Commission. It aims at freeing the shackles of entrepreneurship in India to encourage local brands and their products.

This can be understood by analysing the recent agricultural reforms. Indian agricultural output and trading had largely been driven by two laws: The Essential Commodities Act and the state-level Agricultural Produce Marketing Act which gave government officials power to fix prices, restrict output and transportation and even imprison traders and farmers by labelling them as “hoarders”. These laws were crafted under the assumption that the average Indian farmer would not be educated enough to seek and sell their produce at a favourable market price, but, these draconian laws never allowed such a reality either. They were recently reformed to grant autonomy to farmers over matters of sale and transaction of agricultural output. Farmers can now participate in the common market and export their goods, which could strengthen India’s agricultural supply chain. If implemented appropriately, Atmanirbhar Bharat can help Indian farmers reach greater heights.

Meanwhile, agriculture is not the only sector to benefit from supply-side enhancement. Similar economic philosophies must be carried out in other sectors of the economy to facilitate flexibility and modernization, in order to adapt to the new demands of post-COVID world.  For example, the government has promised to provide subsidized inputs to the pharmaceutical industry to increase its prominence in the global supply chain. It took a pandemic to understand the importance of this key industry. Similar industries require incentives and support for their growth as well. If these industries are allowed to prosper independently, India can rest assured of better economic growth, as capital goods and data drive the economy in the twenty-first century. Perceptions of agriculture driving the economy are outdated, and a shift in attitude requires an appropriate change  in economic policy.

However, one concerning matter arises in its attempt to enhance supply-side management. A market is a balance between the forces of demand and supply. Lending support to enhance only the supply side would leave the demand side isolated. This adversely affects the equilibrium quantity and output. Given the current circumstances, market demand and supply are influential, yet fragile forces and failure to take both into consideration can produce results utterly different from what was anticipated, due to the impact of the pandemic on the average real incomes of households.

Despite its attempts to ensure sovereignty, the scheme does not chart a trajectory towards transitioning toward laissez-faire market economy. The government remains responsible for ensuring that Atmanirbhar Bharat creates an investment-friendly climate in India and not one that accelerates fraud and theft due to the immense freedom given to them. For example, when the government seeks to create flexible labour laws, it does aim to approbate labour utilisation by firms and MNC’s but also to ensure better wages and working conditions for men and women. So it acts as a bridge between opposing economic entities to bring them together. Their consequent unification can do wonders for the economy.

But where does Atmanirbhar Bharat take us? It aims at transforming the administrative, economic and social infrastructure of India. It wishes to establish a decentralized system where contracts are respected and businesses flourish. But how far that can be achieved depends solely on its implementation. Notoriously known for making false promises, the question of whether the Modi government can adroitly navigate these new and uncertain economic waters to achieve these long-term objectives, we cannot ascertain at the moment.  It is no doubt that India is transitioning into the most defining period of her independent existence. Whether it will lead to economic success and prosperity or a massive failure, we can only sit back and watch.