Kashmir Has Been Festering For Centuries, Not Decades 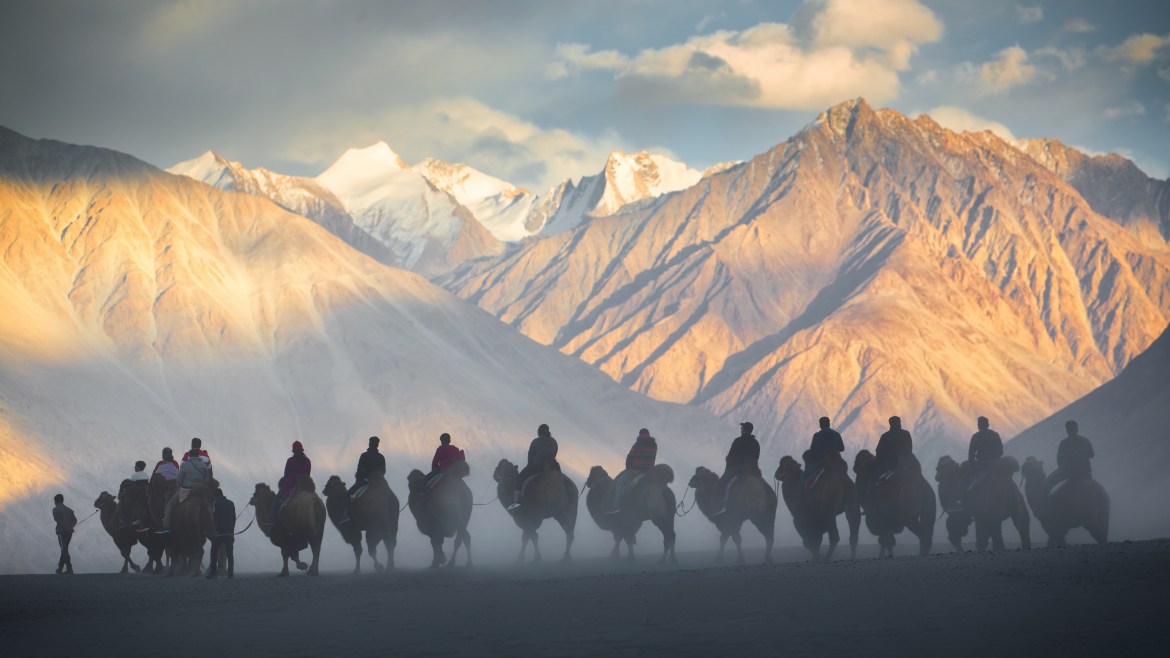 Once, a lion and a goat were drinking water together from the same hole. King Jamboo Lochan, who was out on a hunting campaign at the time, was so impressed by this unusual sight that he set up a town there and eventually named it Jamboo. Jammu, as it is known today, is said to be the corrupted form of the original name. On the other hand, native Kashmiris believe their city was created when Rishi Kashyap dried the lake that once covered the entire area. In Sanskrit, ‘Ka’ refers to water and ‘Shimeera’ is to dry. The settlement was also known as Kashyapa-pura, which is confirmed by the records of legendary Greek travellers Hecataeus and Herodotos, who called it Kaspapyros and Kaspatyros respectively. Neither region knew what destiny had in store for them or how long it was going to last.

The natives of Kashmir

Kashmiri natives were largely Buddhists, Shaivites and Vaishnavites – distinct schools of philosophy but part of the same civilisational consciousness and framework. This suddenly changed in the 14th century when Shah Mir, a refugee who had been granted asylum by King Suhadeva, usurped power owing to political instability – the kingdom had been under constant attacks from Turkic invaders and Shah Mir was part of the King’s court. He was unstoppable. After his ascension, the valley of Kashmir began undergoing ethnic cleansing and massive demographic changes.

In a single generation, Sanskrit literature from Kashmir disappeared, the language which they spoke changed and the population converted to Islam under threat to life.

From the stories that historian W. R Lawrence tells us, it seems as though death was a better option against the heinous torture which awaited those who denied conversion. Thus began the Islamisation of Kashmir. Then, in the 16th century, Mughals took Kashmir from Shah Mir’s dynasty and ruled it until the end, barring a brief 26-year stint by Maharaja Ranjit Singh and the final Dogra dynasty, which supported the British in their war against India.

In 1947, when India was being freed from the British Raj, Mohammad Ali Jinnah was carving out Pakistan and was arrogantly positive about getting Kashmir as part of the deal. So, when the princely States had to choose between India and Pakistan, he asked the British to ensure only Kings and Nizams be allowed to do so, as there were many Hindu majority kingdoms which had Muslim rulers. In his wisdom, he thought these rulers would side with Pakistan, which would either help build a bigger Pakistan or create many small Pakistans in the belly of India. It was in this context that Sardar Vallabhai Patel entered the scene and with an iron fist, pulled the carpet under Jinnah’s feet by integrating all 552 princely states with the Union of India. But it was not easy. Two years before, in 1946, Sheikh Abdullah, the leader of Jammu and Kashmir Muslim Conference had launched a ‘Quit Kashmir’ movement against Maharaja Hari Singh, the Dogra King of Kashmir. His intention was to create an unrest in the kingdom and overthrow the King.

Knowing that, the Maharaja arrested Sheikh and charged him with sedition. However, in spite of these developments, Prime Minister Nehru seemed fairly supportive of Sheik. In 1947, he even tried to negotiate Sheik's release when Jinnah had pushed Kashmir into a corner and was forcing Maharaja Hari Singh to sign a standstill agreement. The standstill agreement essentially gave the Maharaja time to choose between India and Pakistan while allowing trade to remain unaffected. When the Maharaja didn’t choose, Jinnah grew impatient and attacked Kashmir. He blocked all supplies and unleashed thousands of violent tribal Pathans and Pashtuns in the valley to loot, rape, burn and cause unimaginable destruction. The Maharaja’s army was in disarray and desperately needed help. It was in those circumstances that he sent an unconditionally signed document of accession to India. But Prime Minister Nehru responded by stating he would consider the document only if Sheikh Abdullah sent it. The Maharaja knew time was of essence. So he released Sheikh and sent him to India along with the Queen of Kashmir. This time however, he also sent a copy to Lord Mountbatten, as matters of defence and foreign affairs were still with the British and Lord Mountbatten was good friends with the Maharaja.

Lord Mountbatten called for a meeting with Prime Minister Nehru, Deputy Prime Minister Sardar Vallabhai Patel and Colonel Sam Manekshaw. It was in that meeting when the Sardar tricked Nehru into accepting the accession of Kashmir and gave orders to Colonel Sam for mobilizing his troops to defend the Valley. He had asked Nehru, “Jawaharlal, do you want Kashmir, or do you want to give it away?” Nehru’s response was in the affirmative, “of course I want Kashmir!”, a statement which Sardar turned into an opportunity. He looked to Sam Maneckshaw and said, “you have your orders”.

Since Prime Minister Nehru was close to Sheikh, he made concessions to enable his rule in Kashmir. More than 2 years after independence, Article 370 was inserted in the Constitution of India and more than 7 years later, Article 35A followed suit. These articles allowed Kashmir its own constitution, a different flag and a separate citizenship for its residents among other exceptions. On 5th August 2019, the Home Minister of India announced the abrogation of Article 370 in totality. He spoke about the blunders committed by Prime Minister Nehru and how they caused unimaginable destruction in Kashmir, let alone alienate it from the rest of India.

A case for affirmative action

A large part of the ancient India that we are proud of has much to do with Kashmir. Rishi Patanjali developed his Yoga Sutras there, his commentary on Panini’s ashtadhyayi was also written here. Bharata Muni’s Natya Shastra was conceived in the valley, so was the Sharada script, whose reflections are seen in the Tibetan script today. Kalhana wrote the Rajatarangini in Kashmir, which even current historians accept as a credible source of history. The Martand Sun Temple built by King Lalitaditya in Kashmir is considered to be the grandest of all. There is no doubt that Kashmir’s native culture needs to be preserved through affirmative action. Policies that incentivise the persecuted natives of Kashmir to resettle in their homeland, start businesses, create an economy, build educational institutions, practice their traditions, cook their cuisine, construct religious places of worship and advance their forms of art among many others must be formulated and implemented. The burden of acting first, in this case, falls upon the current inhabitants of the valley – their message of peace and harmony must be heard loud and clear, on loudspeakers if necessary.