Legislation By Judges: Where Is The Line Between The Judiciary And The Legislature?

The judiciary taking up other domains’ work displays a striking messiah complex on its part. 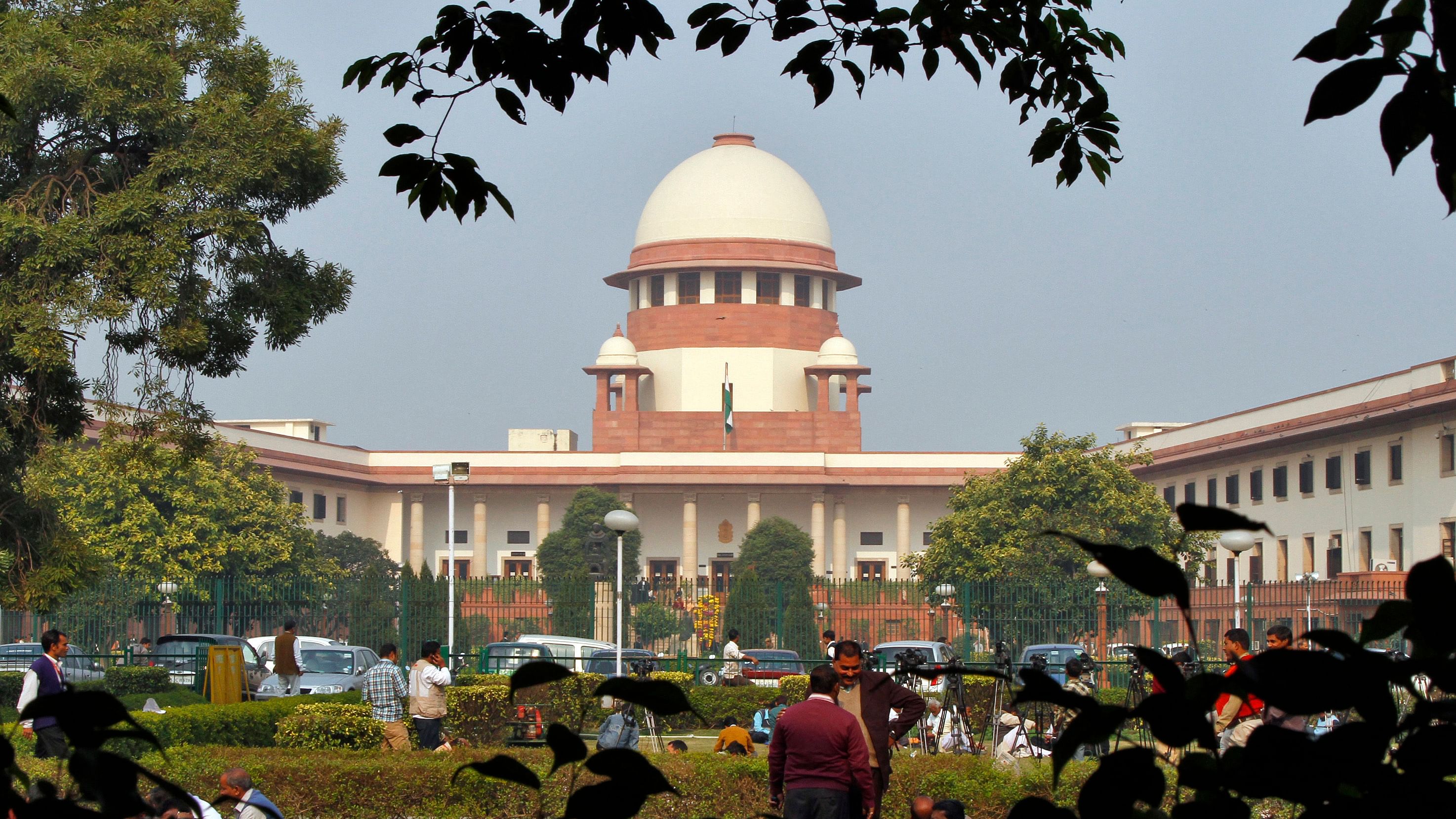 The idea of justice is undefined. What is justice to one, maybe injustice to another. The Supreme Court in S. Nagaraj v. State of Karnataka noted that, “justice is a virtue which transcends all barriers. Neither the rules of procedure nor technicalities of law can stand in its way.” It is in these situations that the role and authority of courts come into play. With the current apathy and incompetence of the governments with regards to the worsening COVID-19 crisis in India, the courts have seemingly taken charge and have been trying to undo the wrongs committed by the government. Some argue that since the government has failed to protect citizens from the pandemic, the judiciary should take over the function, whereas others claim that the judiciary should not go beyond its limits.

While courts are well within their jurisdiction to engage in such ‘judicial activism’ much of such activism transcends into overreach that does more harm than good. However, the judiciary taking up other domains’ work displays a striking messiah complex on its part. While these may appease the common masses and create a saviour image for the court, it will be of no actual help and the situation on the ground will keep worsening. We argue in this article the courts should not exercise their discretionary power to take up the task of the government, as it would be in clear breach of the separation of power doctrine. We also, however, argue that the Courts can legislate if the matter pertains to the personal liberty of an individual.

French philosopher Montesquieu argued that the State should have separate branches—legislature, executive and the judiciary—to deal with different matters. This separation of power doctrine, which is a basic structure of the Constitution, mandates the judiciary not to act as legislature or executive, and vice-versa. In other words, the judiciary cannot intervene in policy matters which is essentially the domain of the government. However, the common-law system of creating precedents, called stare decisis (meaning ‘to stand by decided matters’) is sometimes referred to as ‘judge-made law', as the precedent is created by the judge, and not by the legislature. Thus, judicial lawmaking is more frankly acknowledged in common law countries than in the ones with civil law.

The Allahabad High Court mandated the State of Uttar Pradesh to impose lockdown in some cities, and the order was stayed by the Supreme Court. However, the Supreme Court suggested that the Centre and states may impose a lockdown in the interest of “public welfare”. Imposing a lockdown essentially violates the fundamental right to freedom of individuals, however, the challenge to it may lie only against a State covered under Article 12 of the Constitution; since the judiciary is not regarded as a State there can be no challenge against the judicially imposed lockdown. In Asif Hameed v. State of Jammu & Kashmir, the Supreme Court has held that the Constitution does not permit the Court to direct or advise the Executive in matters falling within the domain of Legislature or the Executive unless these authorities transgress their statutory powers. Further, the Supreme Court in District Manager, Aravali Golf Club v. Chander Haas noted that “If there is a law, judges can certainly enforce it, but judges cannot create a law and seek to enforce it.”

The Delhi High Court remarked that it would not hesitate to “hang” anyone found obstructing oxygen supplies. Notably, the Delhi High Court had earlier propounded that policy matters should not be interfered with unless they are grossly arbitrary or illegal. Moreover, the Delhi High Court in Bhagwat Dayal Sharma v. Union of India, and Peoples Union for Democratic Rights v. Ministry of Home Affairs, held that where there is a discretionary power and there is no statutory obligation, direction to the Executive to do a particular thing cannot be given even in cases of public importance. However, the Madras High Court suggested that the Election Commission of India was singularly responsible for the second wave and thus it should probably be booked for murder. It reflects onto the Commission’s dilemma, which is considered independent, further so when the Supreme Court suggested the murder charge be taken as a “bitter pill”.

In this context, legislation by judges is arbitrary because they are not the chosen people and are unaware of public demands. However, judges can be said to legislate only where the matter relates to the personal liberty of an individual. There are several instances where the courts have declared a law illegal on grounds of it violating personal liberty (some examples: Navtej Singh Johar v. Union of India; Joseph Shine v. Union of India ) or have laid down the law in the absence of one (Vishaka v. State of Rajasthan). However, the courts cannot be presumed to act as the lawmaker.

On the flip side, the government is accused of ‘ducking’ judicial pronouncements through legislative backdoors. For instance, in Madan Mohan Pathak v. Union of India, the Supreme Court held that promulgating legislation to nullify the court’s ruling would amount to “trenching on judicial power.” Similarly, in the matter of Cauvery water dispute, the Supreme Court held that “[a]ny executive order or a legislative enactment of a State which interferes with the adjudicatory process and adjudication…is an interference with the judicial power of the State.”

While it is understandable that the interference comes from a place of concern, even a global pandemic like this is not reason enough to contravene the constitutional separation of powers. It was held in Indira Nehru Gandhi v. Raj Narain that the separation of power is a part of the basic structure of the constitution and cannot be violated. Democracy does not demand the judiciary to take up administration, even during an emergency. The judiciary should stop micromanaging every aspect of the economy or there will be drastic unforeseen consequences that even they will not be prepared for.

Against this backdrop, consider the Madras High Court being skeptical of private companies making vaccines, and seeking to revive government vaccine institutes. The government should outsource the provision of the public good to private agents unless the government can provide it most efficiently. The court arguing to revive PSUs, when they are continuously failing across the country, is a blunt example of why courts are not learned enough to adjudicate policy issues. The courts should take note of the Supreme Court’s position in P. Ramachandran Rao v. State of Karnataka, that the judiciary is the least competent to function as a legislative or administrative agency.

Decentralisation is the mandate

Indeed, the Union government has miserably failed to foresee the possibility of a second wave, even though the first case of COVID-19 variants was reported way back in January 2021. It does not mean that the administration can be taken care of by judges. However, the Supreme Court set up a task force to assist the Union Government in meeting the challenges of the pandemic while requiring the oxygen supply to be audited. The problem heightened when the Supreme Court went on to suggest “compulsory licensing” of drugs such as Remdesivir and Tocilizumab.

While it is appreciable that the judiciary is constantly inquiring about the Centre’s strategy to fight the pandemic and reminding them of their duties, it is also suggesting supposed alternatives to Remdesivir. The task force is full of medical professionals who use medical grade oxygen but has no individual who is involved in manufacturing it. That is exactly where the problem emerges. The courts are not supposed to know these things let alone suggest what drugs should be prescribed for treatment and that exactly is the problem with central planning as well.

As the economist Friedrich Hayek said, “No human mind can comprehend all the knowledge which guides the actions of society.” For the lack of planning on the part of the government, these words by Hayek come to perspective, “This is not a dispute about whether planning is to be done or not. It is a dispute as to whether planning is to be done centrally, by one authority for the whole economic system, or is to be divided among many individuals.” Centralised planning has failed us during the pandemic and the last thing we need is the judiciary taking over that role.

Any form of judicial activism on the part of the court should be applauded but the problem arises when courts try to ‘do it all’. The central government already tried and failed. We should consider letting private players get involved unless the central government can work more efficiently. The greater the competition, the greater will be the efficiency. The efficient deployment and distribution of resources can be ensured through free-market competition. Markets and supply chains are dynamic. They adjust and change with changes in the economy.

We should be moving towards decentralised responses because only then can we ensure and achieve efficient utilisation of finite resources. The judiciary exercising powers other than what it should ordinarily have exercised is a clear breach of the separation of power doctrine. Courts are not equipped with the necessary expertise to direct the formulation of policies, and thus they should not behave like they know it all. It is a general standard principle that policy matters should not be interfered with by judges, and it should undoubtedly be complied with.

The views and opinions expressed in this article are those of the authors and do not necessarily reflect the opinions of Standpoint India.