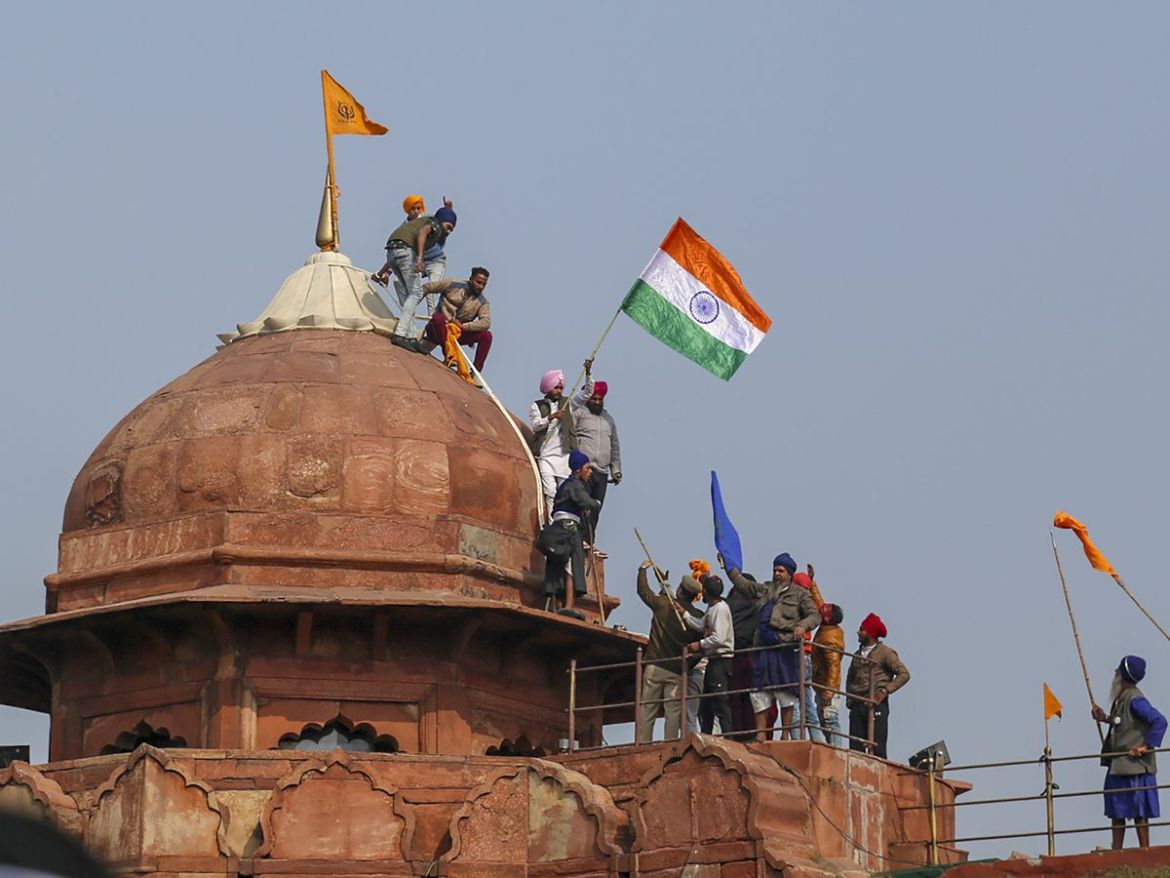 From Capitol Hill to Red Fort, word sure does travel fast. If the Americans do it, Indians will do it better. Like ISRO. Like TCS.

On India’s 72nd Republic Day, the anndaatas of the nation, dressed in annadaata robes, armed with holding sticks meant for shooing off crows and swords used for chopping sugarcane, turned up at the gates of the capital. They sought repeal of the three farm laws that have aggravated the woes of Indians farmers by improving their market linkage, bringing freedom in choosing whom to sell and by taking away jobs of millions of underprivileged middlemen from working class families.

The draconian laws have hardcoded into them articles that would make it easier for Ambani-backed Reliance Group and Adani-backed Adan-Wilmar Group to quietly take over all the farming lands in the country, produce more food by using scientific methods and reduce the loan burden on banks by cryptically paying it back. The malice in the legislation is clearer than the fate of revolutionary poet Munnawar Farooqui who awaits bail in the Hindu dystopia, after being left fending for himself while Kunal Kamras and Varun Grovers of the world milk YouTube for every million views.

How will they go to sleep knowing that Upkar’s Mere Desh Ki Dharti will never be seen again with the same ardour? Or the farmer will no longer wear a dhoti to his fields but trousers and operate machinery through organised labour while parting with his beloved Mahindra tractor? Or that he will now drive a car to the local market and sell the produce to a top bidder but not the Mai-Baap Sarkaar? That his child will now study agriculture at a top industry and have access to more resources and not sit by the village banyan and sing songs of the fields and monsoons?

Are these not a stark contrast to what was promised by our fathers? Is this not belittling of the ‘idea of India’? Aren’t we trying to create a social divide by making farmers affluent?

I have complete conviction on the fact that these laws will spell doom to agriculture as we know it. Farmers will lose their lands as they will be forcibly grabbed from them, they would not get to farm as Ambani and Adani will automate it through end-to-end softwares and we will all go hungry because Ambani and Adani will eat all of it. Whatever remains will be sold to Tatas and Birlas and Mistrys, who will also stock it in their godowns to be consumed by their families. And without foodgrains to waste, FCI will cut down on its infrastructure and we will witness further job losses.

Whichever way you look at it, we are on a downward spiral. We will eventually descend to the depths of despair and agony if we follow this path and seek extraneous solutions such as farm reforms.

The new India is aspirational. If you don’t dig a hole for them, they will dig one with their nails.

The new India does not believe in elitist, patriarchal laws of the land. In their India, they are the law and its custodians.