My Riot Is My Riot, None Of Your Riot 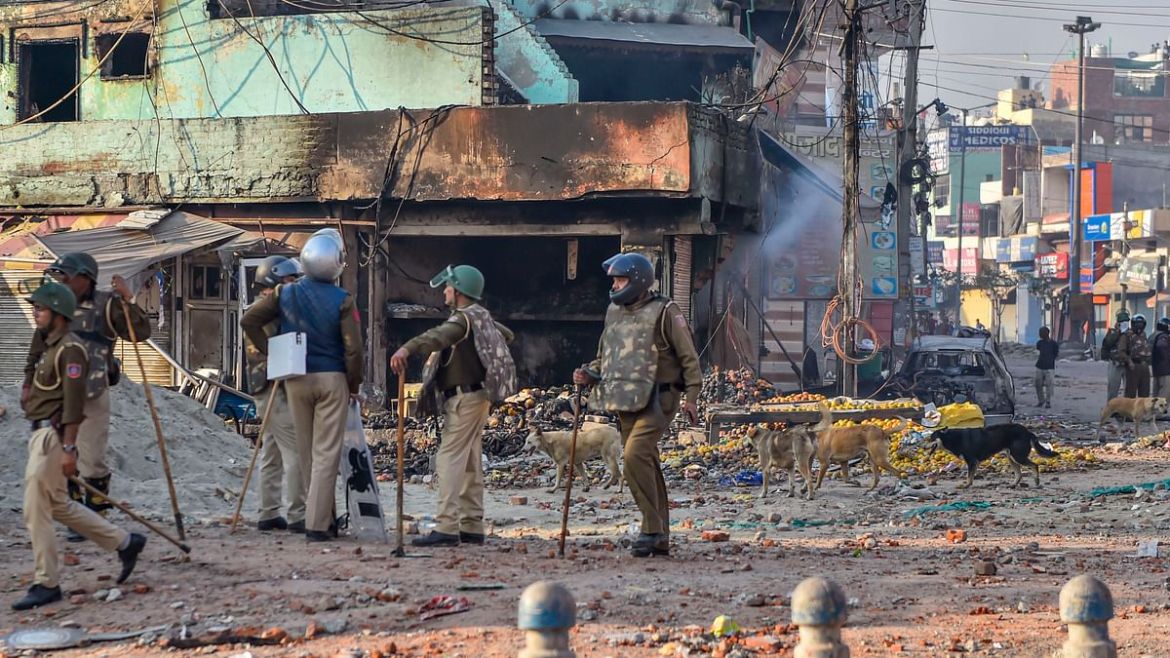 How can you not love a good riot? After all, it is an awakening of the masses. An uprising against an oppressive tyrant that threatens to disenfranchise you and reduce you to a derisory, vestigial presence in the society and the universe. But then, are all riots equal? Do all riots fulfil the higher purpose of our civilization? Do they serve the interests of all those who suffer or just a select few? Can we put a finger on a riot and say, ‘maybe this wasn’t as necessary as it seemed’?

The siege of the Capitol Hill, the ultimate coup d'état of the century, by unarmed hillbillies will go down in history as the most misguided act of laying siege to the Capitol where you could simply set up an island nation, block the local law enforcement and commit violence under the banner of a certain revolution. It has also come to reflect rather poorly on President Donald Trump who himself is a poor reflection of a leader trying to awaken people. As he would himself say, ‘a very, very bad thing to happen to this great country of ours’.

The Americans, however, had a glorious election cycle with the sophomore introduction of Black Lives Matter that led to a flourish of environment-friendly, #ZeroCarbon, life-changing riots across the nation. It is almost poetic that a nation which constituted a federal body to lecture the world on religious freedom could not pass on the courseware for anti-racism to its own people.

But the riots were important. Moreover, they were necessary. How else would people listen? And why would you protest peacefully, like the aggressor would want you to? Would you rather be censored, shamed by the intellectuals for demanding your rights and be preyed upon by elites who use you as political fodder?

Cut to Delhi and the pressure cooker saga of Shaheen Bagh. Why would you not plot a riot in the national capital for your rights? Does it even make sense in the 21st century to sit at home and agree with governments on legislations? In fact, as discussed in the public domain by many towering and eminent personalities in the country, why are we worried about public property when rights of people are at stake? The candour is backed by facts – just over 1% of Indians pay their taxes and vote in governments that further improve the debt burden on the state and central governments. You see, they aren’t interested and they would prefer to walk through a paddy field to their office instead of driving on a four-lane highway.

It is not just the people who benefit from these riots. Of course, the politicians have gains to make and elections to win. What else would explain an Aam Aadmi Party councillor’s involvement in the riots?

The ruling dispensation is Donald Trump minus the black suit, Secret Service and Trump Towers. The Bharatiya Janata Party, thanks to their brother concern affiliates, have dipped their feet in a pool of blood spilled by many. A pool that is replenished again and again by those who bar others to take a dip in it.

Yet it is a tradition valued highly by the Congress that made it into a political instrument starting in the fifties and continued wielding it in the interest of the nation till Rajiv Gandhi. So much so, that the riots collectively can be seen as the most influential figure in the party after Jawaharlal Nehru, Indira Gandhi, Sonia Gandhi and Robert ‘Son-of-the -farmer’ Vadra. From Ahmedabad & Jalgaon to Bhagalpur & Kokrajhar, the fragrance of democracy touched all. After all, they were the stepping stone for India to turn into a secular democracy, polished by the ‘Idea of India’ and empowered by the Constitution: ‘We The People’ – who riot.

Let us face the facts. Is it possible for Indian politics to have arrived at where it is, sans the bad riots of 2002? Or without the chivalrous stone pelting in the streets of Srinagar against the barrage of ballistic missiles and torpedoes and napalming by the Adani-backed Indian Forces?

In the future, when history is taught to children from an NCERT textbook, it will be filled with stories of the defining riots of our era. Which are the ones do you think will be featured there? The good ones? The bad ones? Or the one you like the most?