Where is the line between nationalism and hyper-nationalism? 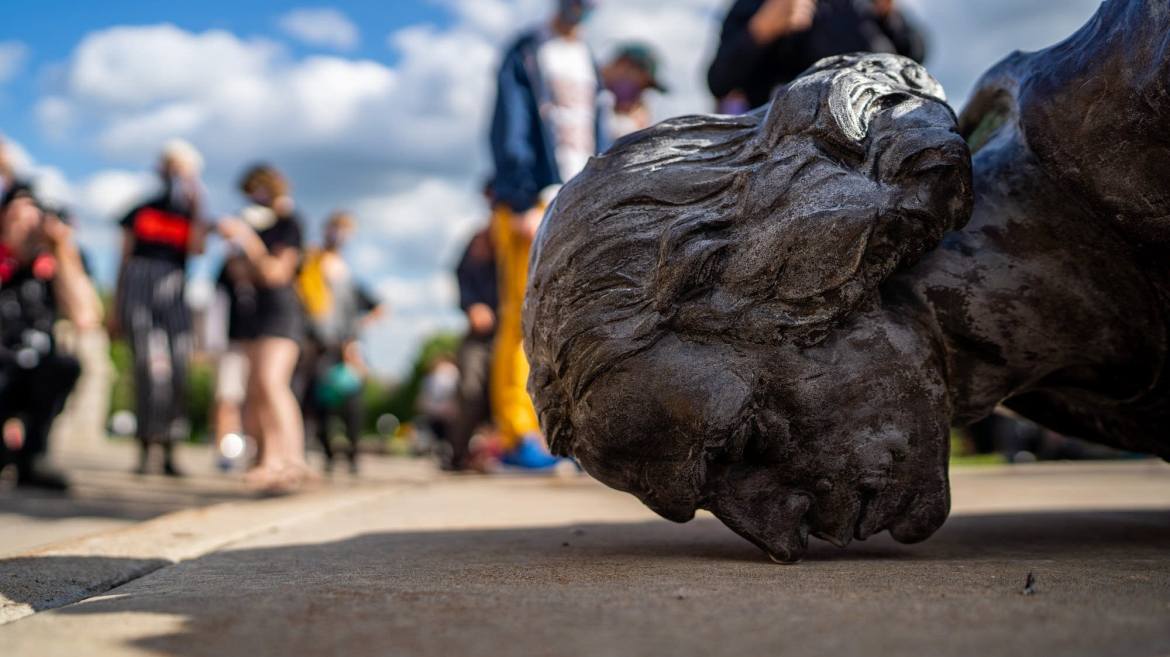 It has been seventy-two and odd years since India attained its freedom and pretty much everyone knows the story behind it; the story of leaders, soldiers, and visionaries like Mahatma Gandhi, Subhash Chandra Bose, Dr. B. R. Ambedkar and countless other stalwarts who participated and spearheaded the struggle for freedom. A definite highlight of the freedom movement was how the Mahatma used non-violence to 'drive away' British oppressors from our motherland.

It is important to note however, that Indians neither defeated, killed, nor vanquished the British; we drove them away by staying defiant and not co-operating. We wore them down with our non-cooperation, hence forcing them to leave. So, essentially our country's freedom has been built on protests, strikes, marches and most importantly, tolerance.

Fast forward to today, it seems like the average Indian has forgotten this part of history. To be more specific, we know what happened, but we don't ponder enough about 'why' it happened that way. We tend to remember historical events, but we don't think about its cause and effect. As a result of this lack of understanding, we've managed to brew up a new social disease which is magically contagious. This new disease is called hyper-nationalism.

Hyper-nationalism is simply the result of a lack of understanding of one's own history. It may sound ironic because we often associate hyper-nationalistic people with those that are well versed with history. The truth is that their knowledge might be vast, but it is also shallow. Hyper-nationalism is a phenomenon in which one's national identity starts to be associated with symbols, statues, and generally more tangible things.

This may sound trivial but can have devastating consequences. For example, you're a patriot if you stand up for the national anthem and you're an even bigger one if you make sure everyone around you is also standing. In this case, showing your respect to the National Flag and Anthem, which act as national symbols, 'proves' your patriotism. If you don't stand up, you're not a loyal Indian, or in more popular terms, you're an 'anti-national'. Essentially in this case, patriotism is associated with the action of standing up for the Anthem and once the Anthem is over, your display of patriotism also follows suit.

It is almost sickening to realize that we are using such small yardsticks to measure patriotism and nationalism, which is such an empowering and deep feeling. Hyper-nationalism ends up focusing more on things that represent the country than looking at the things the country represents. India might be represented by the tricolour, the anthem, and the emblem but the country represents the values of diversity, tolerance, and inclusivity.

Hyper-nationalists who tend to suppress free speech in the name of 'protecting their country' should look back at the pages of history and realize how they are contradicting the idea of their country by trying to 'protect' it. It is high time the country realizes that patriotism is more about values and ideals than it is about symbols and gestures.

Once we begin thinking more about what our country represents, we will begin to realize how drastically different it is from the current nationalist atmosphere. In a country built from protests and movements, we see protesters being lynched by pseudo-nationalistic goons, censorship of media and laws which tend to exclude certain communities and incentivise hate.

It is tragic to know that we have begun to use the tools which were used by our perpetrators seventy-two years ago. Only when we start to uphold the values our country represents will we know that protesting isn't anti-Indian, it is as Indian as you can get.

Dhruv Shivkumar is an aspiring law graduate from Chennai. He believes in the power of constructive debate and rationalism in bringing a positive change in the society.