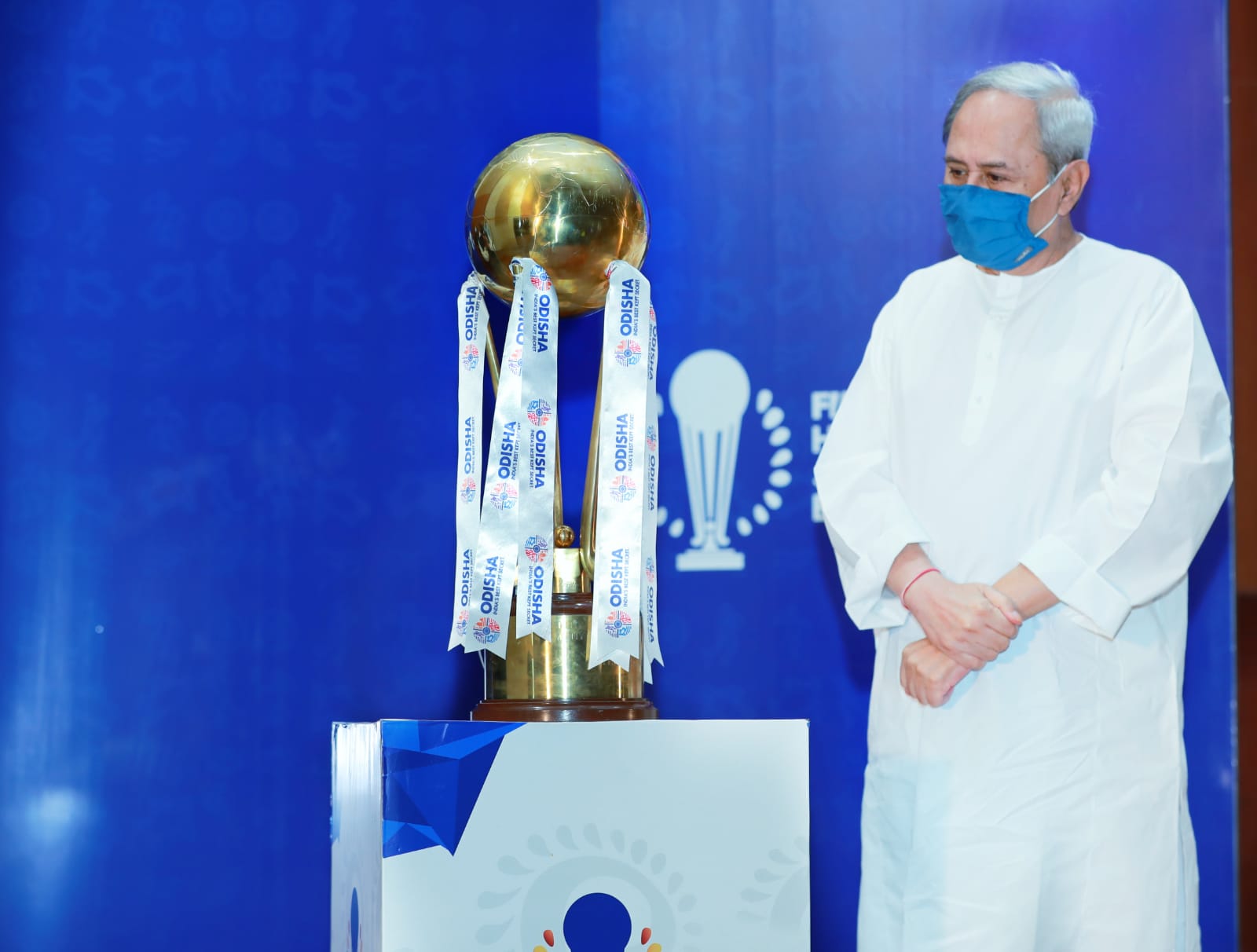 In a step forward in its continued embrace of hockey, Odisha’s Chief Minister Naveen Patnaik announced that the state will host the Junior Men’s Hockey World Cup 2021, while revealing the Logo of the Junior World Cup event and the Trophy.

With two months to go—the event is scheduled for November—the state has its work cut out. “It’s a short notice for arrangements for such an event, especially during the pandemic period. Since, the country’s prestige is at stake, we have readily agreed to support (sic),” Patnaik said. Apart from India, 16 other countries will be participating—South Korea, Malaysia, Pakistan, South Africa, Egypt, Belgium, England, France, Germany, the Netherlands, Spain, USA, Canada, Chile and Argentina.

The announcement follows Odisha’s stated commitment to sponsor India’s men’s and women’s hockey teams for another ten years. Patnaik, while congratulating the performances of India’s hockey contingents, said, “I believe, Odisha and hockey are destined to become synonymous. We will continue our partnership with Hockey India. Odisha will support the Indian hockey teams for 10 more years.” In 2018, Odisha signed a ₹ 150 crore deal with Hockey India, becoming the first state in the country to sponsor a sports team.

Needless to say, Patnaik has a soft spot for the sport. Reportedly a hockey player in his schooldays, he has lent support for it on several occasions before. The Kalinga Stadium in Bhubhaneshwar has hosted the 2014 Champions Trophy, the World Hockey League and 2018 World Cup, and is also set to host the World Cup in 2023. The 2023 Cup will also feature a stadium in the works in Rourkela, which is set to be the biggest hockey stadium in India in terms of seating capacity. This is in addition to 20 training centres, which will enable young players to get proper training early on.

“There is a lot of excitement about the prospects of Indian Hockey in coming years. The Hockey World Cup in January 2023 will be a landmark event and provide further momentum for Hockey development in the country. Odisha will continue to be a part of the journey of Indian hockey,” Patnaik said in his announcement.

Odisha is possibly the sole state to throw its weight behind a sport and with such enthusiasm, adding both to its popularity in the country and aiding its burgeoning talent.