As the days past the judgement show, majority of Indians are willing to embrace the truth for what it is. 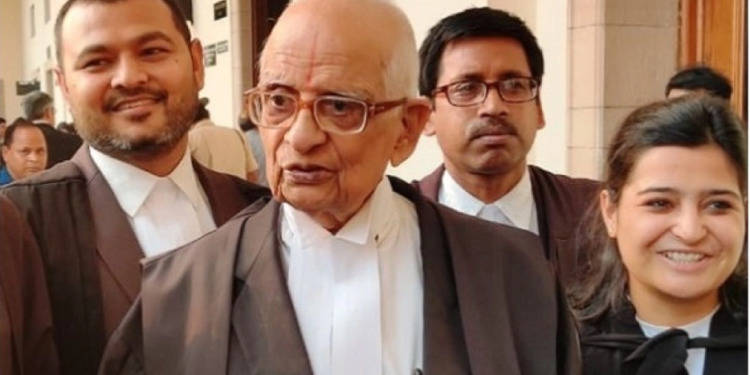 On November 9, 2019, a five-judge bench of the Supreme Court headed by the Chief Justice of India Ranjan Gogoi presented the verdict on the historic dispute of Ramjanmabhoomi (birth place of Sri Ram) and the ownership of the land at Ayodhya. The verdict stated that the 2.7 acres of land constituting the inner courtyard of the disputed land would belong to the Hindus and a trust would be constituted to deliberate upon and construct a Ram temple. The Wakf Board would be provided a compensation land parcel of five acres outside the premises. The title plea of Nirmohi Akhara, which had claimed equal parts of the erstwhile Babri Masjid land, was completely dismissed.

This verdict overruled the Allahabad High Court ruling which had divided the land equally among the three parties in 2010. But, in the same dispute both the Allahabad High Court and the Supreme Court also accepted the existence of a temple that pre-dated the Babri Masjid. However, the Allahabad High Court had gone a step further and acknowledged the disputed land as the birthplace of Sri Ram based on faith and the religious sentiment of Hindus. The latest Supreme Court verdict creates a historic precedent by correcting a wrong committed close to five hundred years ago, when the Mughal ruler Babar had destroyed the existing temple and built a mosque in its place.

Interestingly, in the year 1886 FEA Chamier, the then judge of a district court in Faizabad also observed in his verdict, “It is most unfortunate that a masjid should have been built on land specially held sacred by the Hindus, but as that event occurred 356 years ago, it is too late now to remedy the grievance.” Hence, the essential question that plagued the whole issue was, “on whom lies the onus of being the bigger entity and dropping the claim”? Throwing light on the issue, Swami Chinmayananda had once said, “there are only two kinds of people in our country – those who were Hindus and those who are Hindus”. The forefathers of Islamic people in India were Ram worshipping Hindus, and hence Muslims today must give up their claim to the land. In that context, the verdict of the Supreme Court has upheld justice without any bias whatsoever.

For the Hindus, the city of Ayodhya is far greater than just a piece of land. It is the birthplace of an icon, an avatara purusha, the very embodiment of the God being worshipped in a human manifestation. The fact that the sanctity of the place holds even today, despite the centuries of invasion by religious and colonial forces, shows the unswerving devotion and sacrifice of the people in following their traditions and culture. Thousands and lakhs of Hindus have struggled and withstood the onslaught of Islamic and Christian evangelism to hold onto and preserve all parts of the rich cultural heritage.

Could a similar fate ever be considered for the holy cities of Mecca or Medina? Or would it even be possible for Hindus to possess land there, let alone build a temple? The forces of imperialistic ideologies have dealt a cruel hand in India, destroying several temples and snatching by means of violence, religious property. For an idol-worshipping community, this is akin to removing the very anchor of their faith and denigrating the gods who were worshipped. In 1949, few Hindus stood up to this act and placed a Ram idol in the inner courtyard of the temple.

In 1992, after half a decade of mobilising and raising a call to reclaim what was rightfully the Hindus’ ancestral property, a revolutionary act occurred, albeit without the sanction of the courts. Communal tensions peaked and the country was thrown into a Hindu-Muslim strife. Comparing that with the outcome of the verdict, it shows how we have matured as a country. Though security was beefed up in all places, not a single report of violence or discord was reported. The maximum shrill was from the pseudo-liberal community online, who couldn’t accept that both the faithful Hindus and Muslims of India had accepted the verdict with dignity.

To take it a notch further, under the auspices of the National Security Advisor, several leaders of the Hindu and Muslim communities met together to deliberate on the way forward and on how to support each other in the path for reconstruction and rehabilitation. Truly, those centred in spiritual strength have shown clarity of thought and response, over those centred only on political opportunism.

The Bharatiya civilisation has seen not just this one upheaval lasting five hundred years, but thousands of strife and onslaughts lasting over several millennia. The living dynamism and the intrinsic tolerance of the community is proof of the wisdom of our seers and spiritual scientists. Through every bend and turn in this civilisation, we have only become stronger and wiser. This verdict is monumental for several reasons, including the fact that it sets precedent to correct some historic wrongs and wipe the mistakes of the past. Several Hindu pilgrim points such as the Kashi Vishwanath temple and Krishna janmabhoomi at Mathura still lay under the premise of non-Hindu property. It remains to be seen if course correction would be effected for the other places as well. Until then, it is about time that the judiciary snapped itself out of the colonial stupor and deliver judgments based on evidence.

As the days past the judgement show, majority of Indians are willing to embrace the truth for what it is. A passage in time where the whole ecosystem has conspired to put India First.

This article was originally published in Chinmaya Udghosh and has been republished with permission.

The identity of the author is hidden