Pakistan Is Striving Hard To Deter India, Of Course In Vain 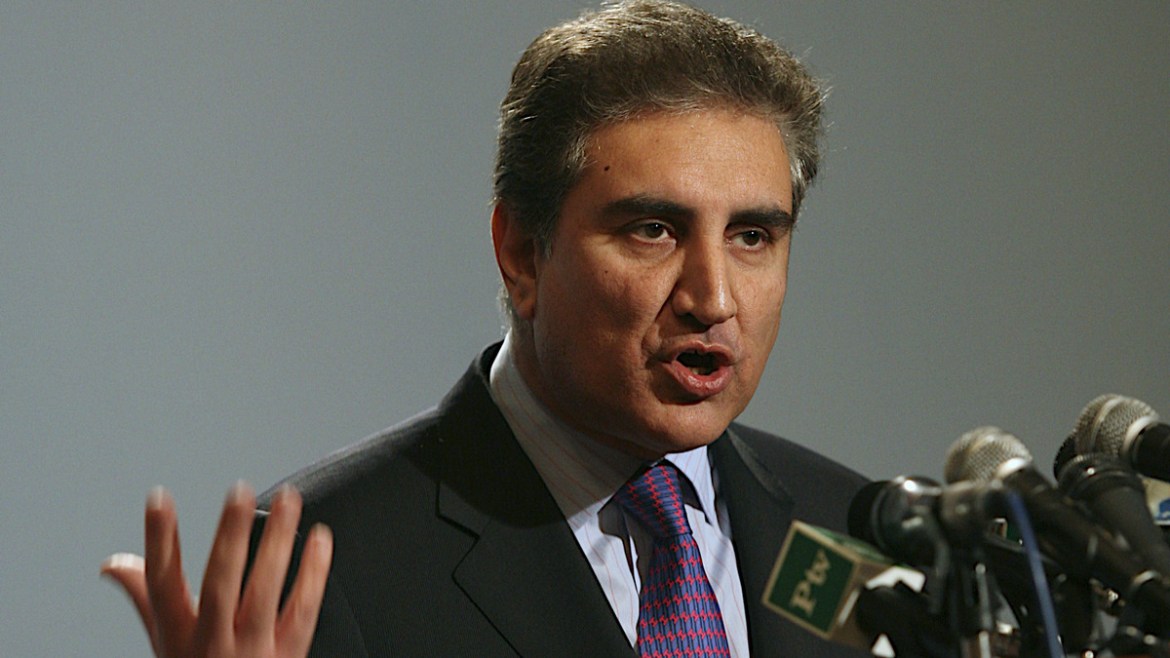 After Nepal’s recent cartographic manoeuvre, Pakistan followed suit. On the eve of the anniversary of abrogation of Article 370, Pakistan issued a new map not only showing all of Kashmir as part of its territory, but outlandishly also claimed Junagadh as its territory.  Pakistan says that the new map is a reassertion of their claims and an expression of their intent.

Right from the Kashmir dispute to carrying out military exercises in air bases at Gilgit-Baltistan region and inventing imaginative maps, Pakistan has made every possible attempt to intimidate India. Has Pakistan’s geo-strategic art of war really jeopardized India?

Pakistan has always expected fair and unswerving support from the Organization of Islamic Cooperation (OIC). However, a mere resolution on Kashmir by the OIC has seemed a knackering task for Pakistan. Reportedly, a large number of OIC members like Indonesia, Syria, Algeria, Egypt, and some Central Asian nations (except Azerbaijan) were reluctant to voice out on the Kashmir issue from the OIC platform. The prime objective of OIC is Muslim solidarity and enhancing mutual economic cooperation.

India, through its adept diplomacy, closed door back-channel negotiations and augmentation of engagement with member states, seems to have become unstoppable.

Lack of support on Kashmir for the Pakistani side can be credited to India’s global relations, like the US-India bonhomie and the India-Saudi oil trade (India being a major buyer). In fact, Saudi Arabia and UAE have deepened economic and diplomatic relations with the Indian government. Saudi Arabia’s response to the abrogation of the controversial Article 370 seemed hushed, as opposed to what Pakistan might have wished.

The UAE shrugged it off as India’s internal matter and even went to the extent of bestowing the highest civilian award on the Indian Prime Minister Narendra Modi in the immediate wake of the abrogation, making the global political ground unfavourable for Pakistan. As a result, India has managed to defame Pakistan perennially.

Can Pakistan attain its goals?

Despite continuous lockdown in Kashmir, the demolition of Babri Mosque in 1992 and the Ram mandir bhoomi poojan on August 5 2020, the OIC member states remained mute whenever Pakistan pointed at the Indian act of savagery in Kashmir or elsewhere in India. Does it create any impact at all if only Pakistan keeps bawling on the plight of Kashmiri Muslims when other Islamic nations themselves show no regard for the same?

Recently, Pakistan’s Army chief General Qamar Javed Bajwa was declined a meeting with Crown Prince Mohammed bin Salman during his Saudi Arabia visit on 17th August 2020 to resolve the diplomatic deadlock between the two countries. The army chief general is learnt to have expressed the Pakistan government’s regret over foreign minister Shah Mahmood Qureshi’s statement criticising Saudi Arabia over the unwillingness of the OIC to convene a meeting of OIC foreign ministers to discuss the Kashmir issue.

Does Pakistan think it can threaten India by internationalising the Kashmir issue? For the last three months, Indian minds remained strongly fixed only on the Galwan clash. It seemed like the focus shifted slightly to Jammu and Kashmir on the first anniversary of quashing of articles 370 and 35A which is now, again a forgone matter.

How long can Pakistan play the Kashmir card? Pakistan is, at the moment, a one-man army in citing the excesses taking place in Kashmir.

Imran Khan asserted that China has stood by Pakistan in both good and bad times. He said that “We are further strengthening our ties with China. China also needs Pakistan very much”. Also, Pakistan Foreign Minister Makhdoom Shah Mehmood Qureshi travelled to Beijing for a strategic discussion with China’s Foreign Minister and State Councillor Wang Yi on 18 August, 2020.

In addition to discussions linked to the Belt and Road projects and bilateral ties, Qureshi sought support for Pakistan’s stand on Kashmir and discussed the India-China standoff in East Ladakh. According to the joint communiqué released after the talks, China stated that the Kashmir issue should be resolved “peacefully and properly through the UN Charter”, and that it “opposes any unilateral actions that complicate the situation”.  But how rational is it for a country to trust China especially on projects like China-Pakistan Economic Corridor (CPEC) and One Belt One Road (OBOR), given China’s use of debt-trap diplomacy? Does China really acknowledge mutually-benefitting relations or does it only focus on undertaking a one-sided approach?

Pakistan thinks China is its all-weather ally and is opposed to India but in reality, it is opposed to all those who stand as an obstacle in achieving its ends. China lately claimed that it is willing to work with India to enhance mutual respect and support, properly manage their differences, strengthen pragmatic cooperation and safeguard the long-term development of bilateral ties but it seems exceedingly unlikely as we witnessed two J-20 fighter jets at Hotan Airport in Northwest China's Xinjiang Uygur Autonomous Region, which is about 320 kilometres from the border region. It’s money-grubbing security policy coupled with its expansionist rationale chiefly decides its international relations, no matter what the global circumstance is.

Extending friendly relations to China is like being in a cloak-and-dagger relationship, which is highly evident when reviewing India-China bhai-bhai ties in the past. Pakistan must take cognisance of the fact that even after seven years of CPEC, there’s little evidence of its ambition being realised as only less than one third of the CPEC Projects have been completed thus far.

As long as Pakistan keeps bellowing its musty, hackneyed quondam historical narratives targeting India, it has no way forward. If it really wants to benefit from its bilateral ties with India, it has to change its antediluvian foreign policy and stop citing Jinnah when it comes to deciding its international relations. The pandemic has altogether altered the world psychology and ties, and Pakistan must ensure that its foreign policy and security strategy match the current times and needs.

It does not matter how hard Pakistan tries to defy India, it will ultimately lose face. In the case of Islamic State, India might lose the battle but will win the war.

Sruthi is a sophomore majoring in political science. She is a digital activist chiefly interested in writing about women and politics. She is also a part of Environmentalist Foundation of India and writes on ecological issues.