Pride And Progress - An Objective Analysis

The LGBTQ+ community faces discrimination on a daily basis. 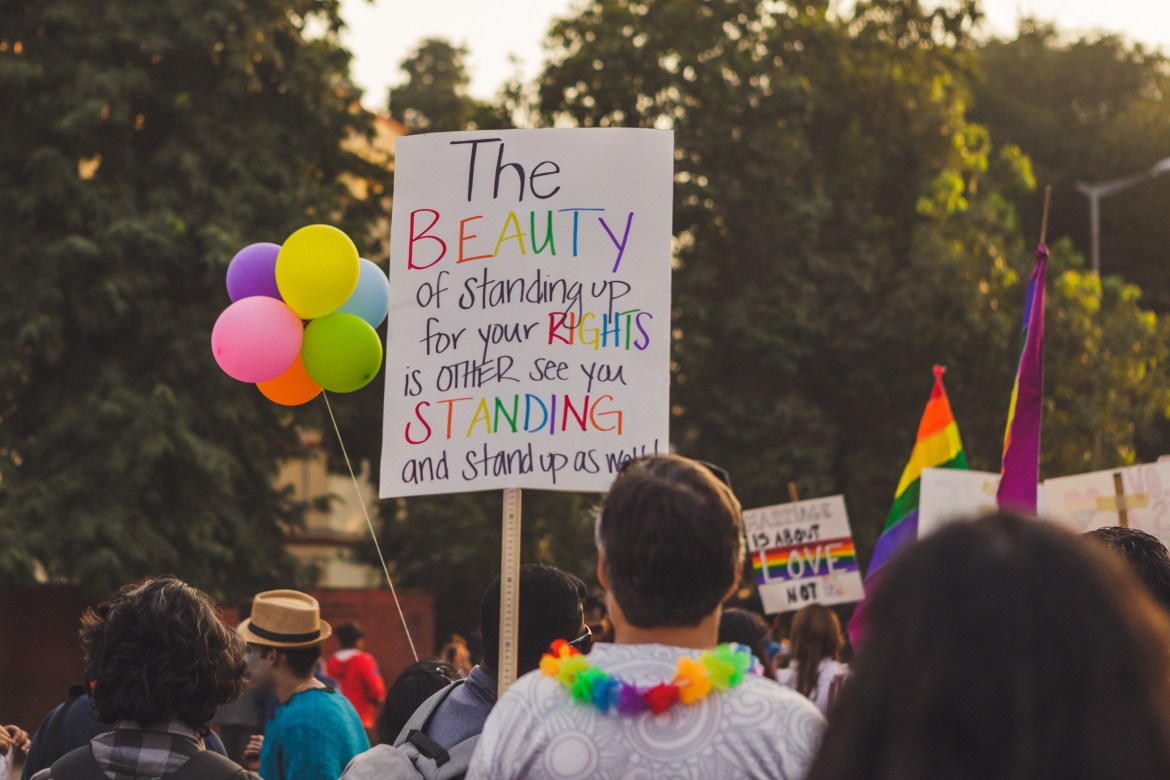 Love is simply the name of the desire and pursuit of the whole, doesn’t matter which body it is in, right? Around 120,000 people from the LGBTQAI i.e. Lesbian, Gay, Bi, Trans, Queer, Asexual, Intersexual community have killed themselves not because of their identity but because of the discrimination, oppression, insults and abuse that they face on a daily basis. Hundreds of kids are kicked out of their homes and abandoned because it is considered shameful in Indian society.

Trans comes from a Latin word meaning across. This can be interpreted as a sexuality beyond the binary of sexes, implying that the individual may be attracted to both genders. And beyond the definitions and semantics, it means loving a person truly for who they are, not determined by the body they come in. Trans is also used to describe people whose gender is not the same as the sex they were assigned at birth.

Understanding the difference between sex and gender

There is a huge difference between sex and gender. Sex refers to physical and biological features of the body, including chromosomes assigned at birth whereas gender is a psychological and socially constructed set of identities, roles and behaviours. There are many variations of sex characteristics that do not fit the standard definitions of male or female. People born with these variations are called intersexual. About 1.7% of the population is born with intersexual traits as compared to the 2% of them that are born with red hair.

The current state of affairs

The most shocking news is that even in the 21st century there is extremely little support towards the LGBTQ+ community and they face abuse on a daily basis. The President of the United States, Mr. Donald Trump has asked the Supreme Court to allow adoption agencies to discriminate against same sex couples in the name of religion. Why? “Because it adheres to the belief that marriage is a union between a man and a woman.” It also regards same sex couples as unmarried, who hence cannot get the status of a family. Eleven states have allowed state licensed agencies to claim religious exemptions and many are considering it. Where has the humanity in us vanished? I, for one, wish that in the future we live in a society where we will not be judged by our sexuality but by the content of our character.

Just imagine the plight of those who go for rallies and protests every year for a month just to feel accepted as human and get the basic rights that they deserve. The pride month is in the month of June where all supporters of the LGBTQ+ community gather together and celebrate who they truly are with colours of a rainbow that cannot be hidden anymore. It is the promotion of self-affirmation, dignity, equality and increased visibility as opposed to shame and social stigma.

A brief history of Pride

Pride month was first started in 1969 when cops invaded a gay bar in Greenwich village, Stonewall, killing 49 people and injuring 53 more. This included a black activist named Marsha P Johnson who played an active role in fighting for their rights. The term gay pride was first coined in 1970 by L. Craig Schoonmaker who in 2015 said that – “People did not have power then; even now, we only have some, but anyone can have pride in themselves, and that would make them happier as people and produce the movement likely to produce change”.

Till 1978, a pink triangle was used to represent this community, but later it was realized that it had been used by the Nazi Germans as a symbol of sexual deviants in the concentration camps, which seemed inappropriate and lacked hope. Artist Gilbert Baker created the first flag originally having eight colours for a march in San Francisco led by Harvey Milk. Each colour of the stripe represented an aspect of gay identity: hot pink for sex, red for life, orange for healing, yellow for sunlight, green for nature, turquoise for art, indigo for harmony and violet for spirit.

Recently, the Transgender Bill was passed in India which highlighted that a person can self-identify but has to get a certificate from the district magistrate after proof of sex assignment surgery has been provided. It also criminalizes begging but has no provision for employment or education. The bill strongly focuses on trans women but very little attention has been paid to trans men and intersex people. However, it’s not all dark and there is hope for light at the end of the tunnel.

On September 6, 2018, same sex relationships were legalised in India after the court unanimously ruled in Navtej Singh Johar vs Union of India that Section 377 was unconstitutional. Section 377 was added in the constitution by the British, criminalising same sex relationships as a serious offense against nature. The British established conversion centres for the LGBTQ+ community where they were subjected to heinous crimes such as rape by the opposite sex to convert them into heterosexuals. It is high time we stop treating it as an illness and change our views to live and let live.

Economic growth as a result of inclusion

Studies have shown that integration of the LGBTQ+ community has led to economic development and increased GDP (Gross Domestic Product). Inclusion in educational setting and health related contexts will increase and enhance human capital. Acceptance among the political class will help bring in new perspectives and increase equality among all. The four conceptual frameworks, namely human capital, post-materialist, strategic modernization and capabilities approach show a positive result from LGBTQ+ inclusion.

Human capitalist approach has helped in increasing productivity with lower labour costs, which has in turn helped in expanding businesses and bring in newer investments with higher profits leading to greater economic development.

Post materialist values was a theory by Ronald Inglehart which observed that countries with higher per capita income have more tolerance and inclusion towards the community. It establishes a converse relation between increase in GDP and inclusion of minorities.

Strategic modernization does not directly link the relation between per capita income and LGBTQ+ rights but establishes a causal relationship. It shows that the per capita GDP is higher in countries that have greater tolerance towards them as it represents an underlying culture that is open and conducive to creativity.

Capabilities approach is used to evaluate well-being which is designed beyond limitations to conceptualize development as an expansion of the freedom of what the LGBTQ+ community can and cannot do based on the identity groups they belong to.

The Global Index on Legal Recognition of Homosexual Orientation (GILRHO) is a three-fold policy index which includes establishing laws for protection of LGBTQ+ rights, taking surveys of different countries to analyse their situation and assigning numerical values based on those laws. As of now, only Africa has been able to get a perfect score of 8 whereas countries like Pakistan, Kenya, Morocco and Malaysia have remained at 0 since 1966.

The Transgender Rights Index has formulated certain laws related to recognition, protection, discrimination, hormone access and transgender related treatment that has helped in the upliftment of their community. A state-sponsored annual report on homophobia by the International Lesbian Gay Bisexual Trans and Intersex Association was published in 2006 giving details about the discriminatory policy in different countries.

There has been a significant rise in the per capita GDP of countries like China, Serbia, Venezuela, Thailand, Romania and many more after the inclusion of the LGBTQ+ community, as shown in reports of Human Development Index, GILRHO and the Transgender Rights Index. The GILRHO Index is associated with more than $1400 in a country’s GDP per capita and a higher value in the HDI.

Yet, even after all these reforms, the battle is not yet won. The LGBTQ+ community faces discrimination on a daily basis and it is time that we step in and show some kindness and compassion to those who need us.

It’s time that we live in a truly non-judgemental and fearless society, where they can stand tall for who they truly are.

Ishita is a sixteen year old who likes to think of herself as a free spirit. Her hobbies include reading, dancing and cycling.