PV Narasimha Rao And The Truth Of 1991 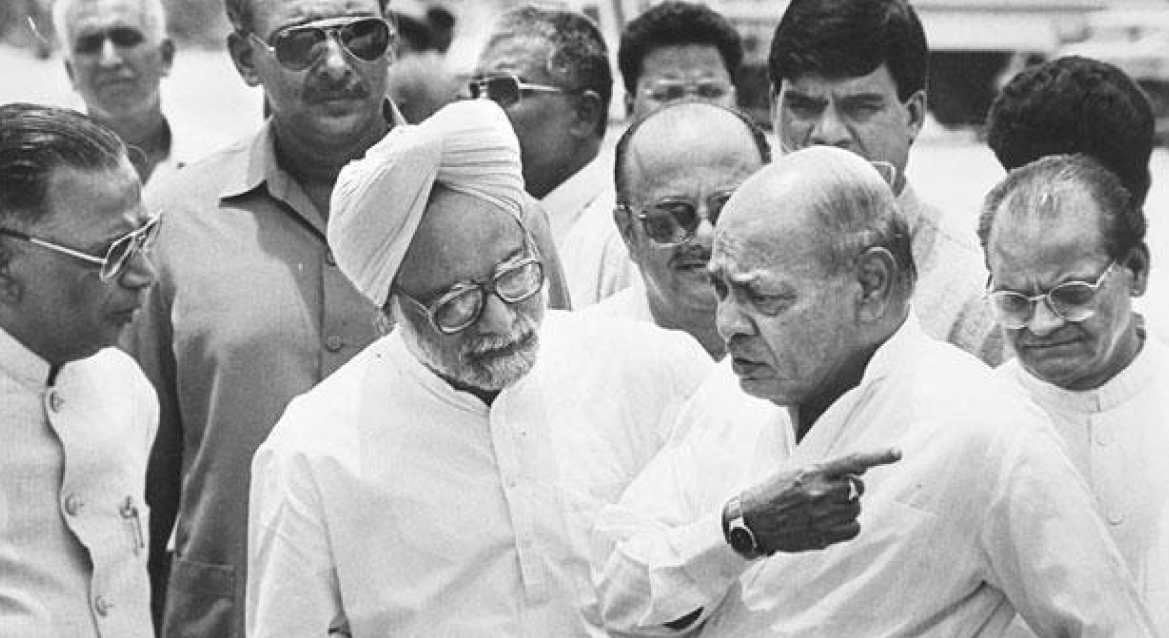 This is the story of India’s Half-lion – a character lost to the crinkly pages of history.

1991 was a chaotic year. The aftermath of the Cold War and the ongoing Gulf War had left the world in turmoil. In India, it had the effect of oil prices soaring and exports dipping. The country was almost bankrupt, crumbling under debt and due on its instalments. Only a fortnight worth of foreign exchange was left.

Few months earlier, in November 1990, Chandra Shekhar had taken oath as the Prime Minister. He had known very well that a loan from IMF could put an end to India’s woes. So, he’d tried and secured a partial loan of $1.8 billion in December, which the IMF said would be available in January. The rest would be sanctioned only if India officially accepted their terms in the finance budget.

But the budget was due one month later, in February – a long time in the world of politics.

It was amidst this chaos that PV Narasimha Rao was asked to sit on the Prime Minister’s chair and lead India back from the brink of disaster.

His two immediate concerns were – first, reclaiming faith in India’s ability to manage the crisis, and second, the economic reforms themselves. But PV took an extra step forward – after taking oath as the Prime Minister on 21 June, he proclaimed –

“The government is committed to removing the cobwebs that come in the way of rapid industrialization.” - PVNR

In that sentence, he indicated to the world that India was going to change forever. The historic day would come 33 days later, on 24 July 1991.

Until then, he made significant appointments that stabilised India. J.N Dixit was made the Foreign Secretary, who in Sanjaya Baru’s words “was known to have a mind of his own”. He made two calculated bets – extending a hand of friendship to Israel and implementing the ‘Look-East Policy’.

These bets paid off and Israel helped open the doors to U.S. while trade with East Asian countries finally took off.

By then Dr. Manmohan Singh had been appointed as the Minister of Finance. Between 1st and 3rd July, in a secret operation called ‘Hop Skip & Jump’, PV, Dr. Singh and the RBI Governor devalued the Indian Rupee by 17.4%, boosting India’s exports and bringing in the much-needed foreign exchange. This was followed by an order to do away with the CCS (it was making India uncompetitive in the global market).

On 24 July 1991, per PV’s instructions, P.J. Kurien (junior minister for Industry) rose to pay ritual obeisance to Nehru and his daughter in the Parliament. Then, in one fell swoop, he dismantled the license-raj they had left behind as legacy. Few hours later, Dr. Singh began the budget by claiming India’s fiscal deficit had come down from 8.4% to 5.9% and concluded with the following lines –

“But as Victor Hugo once said, ‘no power on earth can stop an idea whose time has come.’ I suggest to this august House that the emergence of India as a major economic power in the world happens to be one such idea. Let the whole world hear it loud and clear. India is now wide awake. We shall prevail. We shall overcome.”

That’s how PV the Half-lion, as Vinay Sitapati calls him in his book, put India on a one-way path to progress and faded into oblivion.