Rabindranath Tagore: A Mind Without Fear

Weaponising his writings in the ongoing territorial fight between “the Left” and “the Right” would be a betrayal of all that he championed. 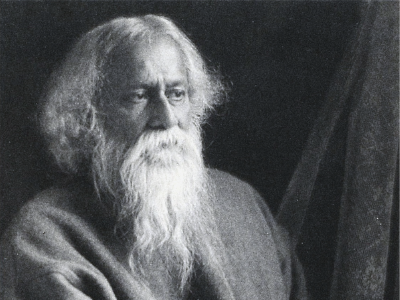 Poet, playwright, philosopher — Rabindranath Tagore is the quintessential polymath. His flowing locks and beard have become symbolic of his persona — austere, thoughtful, profound.

His achievements are many but they somehow fade in front of the values that have become synonymous with his name.

Born in 1861, Tagore lived and worked at a time when India was embroiled in colonial oppression. While his work covered more than politics, his political philosophy was, and remains, influential.

His political views are difficult to classify — while partaking in the fight for freedom, he was deeply critical of the nationalism that, in large part, drove the movement.

His critique of nationalism stands on several prongs, but central to it is his rejection of idolatry. When the nation becomes the be-all and end-all he argued, patriotism becomes a “sacred obligation”.

“I am willing to serve my country; but my worship I reserve for Right which is far greater than country. To worship my country as a god is to bring curse upon it,” Tagore would write.

Tagore, founder of Visva-Bharati University, held “freedom of mind” in the highest regard.

Nationalism was misplaced because it puts the nation on a pedestal, and shuns those who would not hold it up. The dangers of conformism are all too real.

“It would be an uninteresting but a sterile world of mechanical regularity if all our opinions were forcibly made alike… Opinions are constantly changed and rechanged only through free circulation of intellectual forces and persuasion."

"Freedom of mind is needed for the reception of truth; terror hopelessly kills it."

Tagore’s writings reveal him to be a cosmopolitan, but he never let go of his roots. This “rooted-cosmpolitanism” singled him out from the rest of the nationalist movement.

He felt alienated, as he expressed in a letter from New York, writing that he would “be rejected by my own people when I go back...In their present state of mind, my countrymen will have no patience with me..."‍

Today, with neo-nationalism coming into its own, Tagore’s writings are seeing a comeback.

But weaponising his writings in the ongoing territorial fight between “the Left” and “the Right” would be a betrayal of all that he championed — minds “without fear”, guided by the “clear stream of reason” to “ever widening thought and action”.