The greatest conquest of a foreign land by an Indian ruler, which forever changed the course of history for many nations 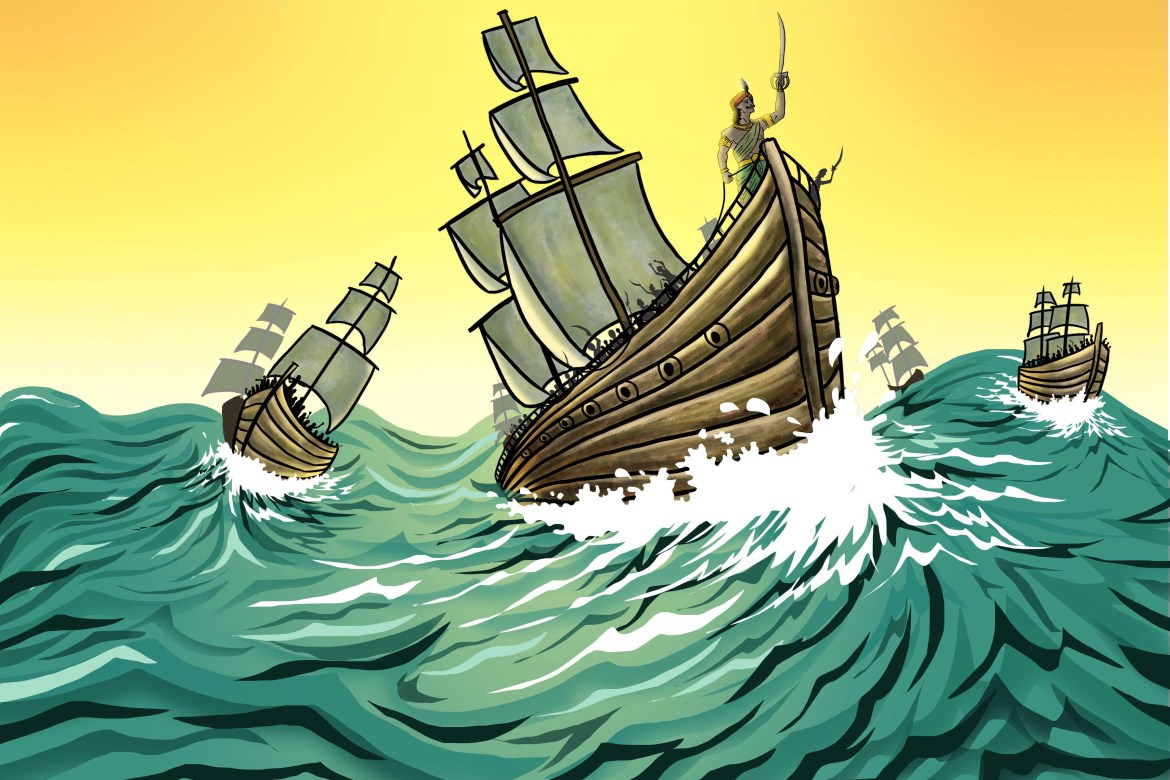 A depiction of Rajendra Chola and his naval fleet

Malaysia and parts of Indonesia are still called Srivijaya.

The mighty Shailendras are ruling the archipelago and Maharajah Sangrama Vijayottungavarman is their King. They are exceptionally wealthy, owing to their unchallenged influence over international trade. A strong navy enforces their might on sea.

Meanwhile in India, the Cholas are a formidable force. They now rule over entire Eelam (Sri Lanka), Kerala, Tamil Nadu, large parts of Karnataka and almost all of Andhra Pradesh. Parts of Odisha, Bengal and Bangladesh have been defeated and made Chola vassals. The Emperor is Rajendra Chola, a fearless conqueror who refuses to rest. His Kingdom is rich and the administration remarkably efficient.

At this point, relations between the two kingdoms are cordial. But that’s about to change.

The Khmer of Angkor (Cambodia) are facing repeated attacks from Tambralinga (Thailand). Tired, they’ve gifted a war chariot to the Cholas, hinting at a request for military aid. But one can’t be sure – what if it’s just a friendly gesture? On the other hand, Tambralinga, probably anticipating an armed response from the Khmer, have requested Srivijaya for help.

The Cholas, sensing an opportunity, choose to help the Khmer. Earlier, after they had helped Srivijaya defeat the Javanese, the Srivijayan king Maharajah Sangrama Vijayottungavarman had increased taxes on merchant ships which was hurting the Chola trade with Song (Chinese).

Cholan coffers were bleeding and something had to be done.

The conquest of Srivijaya

That’s how it began – the greatest conquest of a foreign land by an Indian ruler, which forever changed the course of history for many nations.

The Srivijayan defence was structured to protect its northern ports first. The Cholas knew this and prepared a strategy that would take Srivijaya by surprise, giving them an edge in the battle.

Instead of attacking from the North, Cholan battleships swiftly moved in from the West, sailed around and attacked from the South. Beginning at Palembang, they worked their way up the river - first attacking the capital and then the ports of Pannai, Malaiyuy, Talaitakkollam, Nakkavaram, and finally, the prized city of Kadaram itself.

The Maharajah was captured. His navy had fought hard but the Chola strategy was far superior. The odds had always been against Srivijaya.

The Cholas drained Srivijaya of its gold and left. They were not there to rule.

The four-hundred-year old Shailendra dynasty fell, effectively bringing the Srivijayan golden period to an end.  For the Cholas, normalcy in trade resumed. Taxes remained favourable and Tamil influence in the Srivijayan lands began to grow. The Arabs and the Khmer were greatly benefitted too. South East Asia flourished and Cholan maritime prowess remained unchallenged.

Till today, Rajendra Chola survives as the name of many Malay people – Raja Chulan.