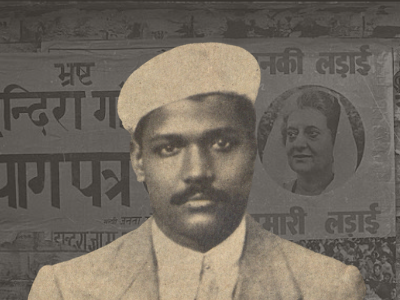 On the night of June 25, 1975, power supply to Delhi’s Bahadur Shah Zafar Marg, home to most of the country’s newspapers, was snapped. The infamous Emergency under Indira Gandhi had been imposed.

With the declaration of the Emergency, newspaper presses were raided, journalists jailed, and foreign correspondents expelled.

Famously, LK Advani admonished the press at the time, “You were asked only to bend, but you crawled.”

There were a few, however, who refused even to bend. Tallest among them was Ramnath Goenka — media baron, freedom fighter, and founder of the Indian Express.

When the Indian Express was able to resume publication on the June 28, Goenka directed his editors not to obey the new censorship rules. The paper carried an apology for being out of circulation, and reported unapologetically on the arrests that had taken place under the Emergency.

The most striking part of the Indian Express that day, however, was the blank column on its front page. The “Blank Editorial” as it came to be known, was a mark of protest against censorship of the press.

This was a metaphor soon to be adopted by several other newspapers across the country, as they rose against the curtailment of their freedoms.

The government made several efforts to crush Goenka’s dissent. The then Finance Minister, C Subramaniam, tried to coerce Goenka to sell the Express to Congress politicians.

When he refused, the government launched its might against the paper — probing alleged irregularities, imposing punitive taxes, and even threatening to imprison Goenka’s wife and son.

Financial stress eventually pushed Goenka to agree to the system of a board of directors who would manage the paper, comprising of representatives of the paper and the government. The board however, would not interfere with the daily functioning of the paper.

A blow to the media stalwart soon came in the form of a cardiac arrest, confining him to his bed.

The government took the opportunity to replace editors of the Express and increase its powers. These decisions were to be taken at a meeting of the board in Goenka’s absence.

It was therefore, to the government’s shock, that an ailing Goenka arrived at the meeting that day.

Fiercely reprimanding the board members, he cited a clause from the agreement stating that the selected editors had to be ratified by all stakeholders within a stipulated time. Since this hadn't been done, the board was dismissed.

Power was back with Goenka, and he was determined to keep it. This, the state saw as an open declaration of war, imposing unprecedented restrictions on the newspaper. Goenka, however, wouldn’t budge.

“I had two options,” Goenka later said, “to listen to the dictates of my heart or my purse. I chose to listen to my heart.”