Through Direct Beneficiary Transfer (DBT), the funds will now directly reach the schools. 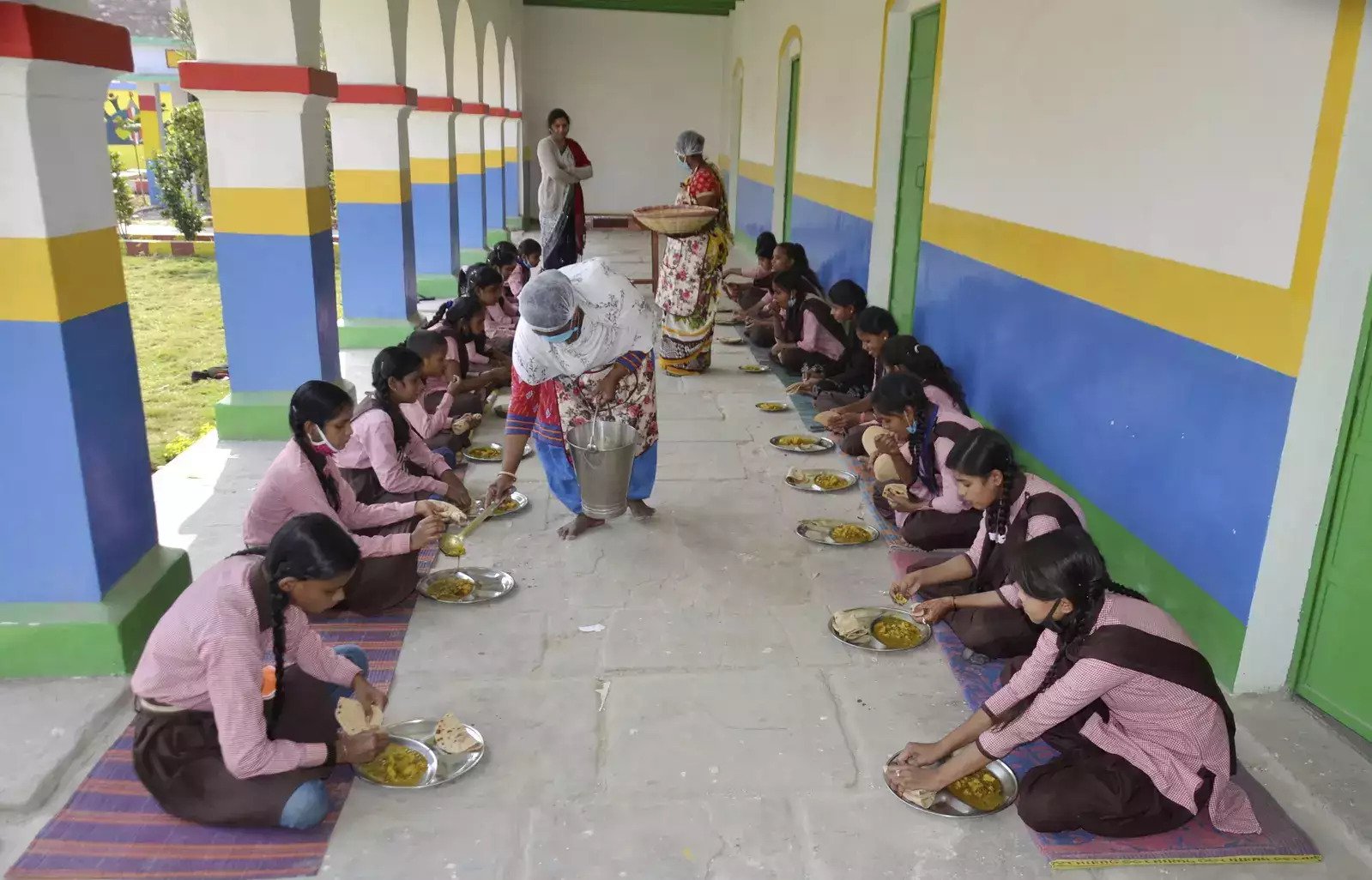 Students eating a midday meal at a school | Picture: PTI

Among a slate of decisions taken by the Union Cabinet recently, the move to expand the Midday Meal system is an important one. In a media briefing, Union Ministers Piyush Goyal and Anurag Thakur informed that the Cabinet had given its assent to expand the scheme into the PM-POSHAN (POshan SHAkti Nirman) scheme, while adding 24 lakh beneficiaries.

So far, the scheme covered 11.80 crore beneficiaries in 11.20 lakh schools across the country. Now, it also ropes in the age group of 5-6 years under Balvatika. Balvatika was started last year as a preparatory stage in government schools to add children younger than six years to the formal education system.

The new updates also seek to plug leakages that were prevalent earlier—money that flowed from the central government and the state governments to the nodal midday meal scheme authority at district and tehsil levels would escape before reaching the ultimate beneficiary. Through Direct Beneficiary Transfer (DBT), the funds will now directly reach the schools.

Malnutrition remains one of India’s biggest societal roadblocks—the Global Hunger Index (2020), calculated on the basis of total undernourishment of the population, child stunting, wasting and child mortality—puts India at the 94th spot in 107 countries.

The Midday Meal scheme was introduced for the dual purpose of tackling this malaise of malnutrition and to improve rates of school enrollment. The scheme has been lauded globally, and is reported to benefit not just the direct beneficiaries, but also the generations that follow. A study revealed that if a mother was a beneficiary of MDM during schooling, there is a 20-30% reduction in height deficits of her children. But its potential can be expanded. The revamped scheme is, thus, welcome but its implementation must also be carried out rigorously.