Revisiting The Bengal Partition - Have We Been Misled?

It is important to revisit the motives and aftermath of the partition. 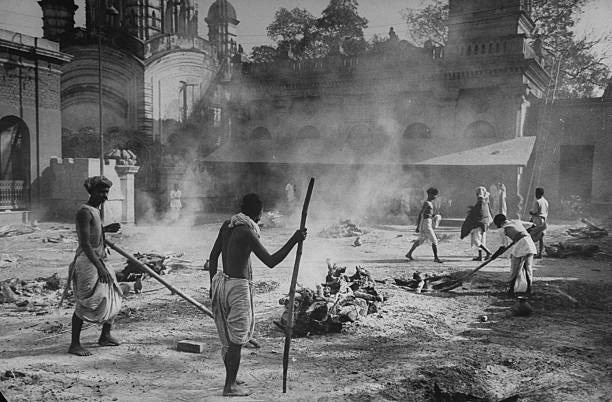 The partition of 1947 is something we are innately familiar with and about which we have heard numerous facts. However, there is a less spoken about partition which occurred in the east – the Partition of Bengal. The notorious partition of the Bengal province came into effect on 16th October 1905 and split it into two parts – Bengal Proper and East Bengal. The former consisted of present-day Bihar and Orissa, and the latter included places like Dacca, Chittagong and Assam. While this move was reversed in 1911, it is important to revisit the motives and aftermath of the partition. More importantly, our focus should shift to the unrelenting anti-partition movement over the course of six years.

The division of Bengal was carried out by one of the most consequential and controversial British viceroys in India – Lord Curzon. The Risley Plan of 1903 itself initially recommended some form of division to be carried out in the Bengal Province and support for this plan came from Lord Curzon and Lieutenant Governor of Bengal, Andrew Fraser. Despite formidable Indian nationalist opposition, especially from the Hindu middle-class, this move was carried out. Lord Curzon was well known for his imperialist attitudes which were clearly embodied in his Calcutta Corporation Act (1899) and the Indian Universities Act (1904). Given the objective of these acts, the Partition of the Bengal Province should have come as no surprise to the then Indian Nationalists. It was clear that the British were pursuing the infamous policy of ‘Divide & Rule’, by creating a rift between the Hindus and Muslims to secure British interests in the subcontinent. This policy did go as planned and evoked a sense of hostility between the Hindus and Muslims, especially in Bengal.

We have often heard contrasting views on the move of the partition – most prominently the views of the government and the nationalists. Bengal was one of the largest provinces in British India and thus the territory required some form of reconstruction. The government justified the partition as a measure for administrative convenience. East Bengal was far away from the administrative headquarters of the Bengal province, Calcutta. The transportation cost of tea from Assam to Calcutta Port was high. Reasons that can be called vague, at best. But it is evident that the motives of the government were entirely different.

The Muslims of Bengal felt that they couldn’t avail opportunities from East Bengal before the division – in terms of employment in schools, colleges, law courts, government offices, etc. They felt that they were being robbed of their livelihood by the educated middle-class Hindus. This was the spark that led to mainstream Muslim separatism in India, which eventually led to the 1947 partition. Lord Curzon, between 1903 and 1905, had made several tours of Bengal. Meeting with Muslims, particularly the nobles or the mollas to seek support from them for the partition, he justified his view by assuring them that he would create a Muslim dominant province as opposed to the existing one. There was also a view that the creation of a separate ‘Mohamadeen’ province would increase Muslim support for the government. Therefore, most of the Muslim population supported the partition. It is held that Sir Syed Ahmed Khan founded the Aligarh Society to do exactly just that – not only provide western education to Muslims, but also create a subtle sense of hatred towards the Hindus and generate support for the British. Through the Shimla Deputation and the formation of the Muslim League (1916), Muslim separatism was at its peak which would trickle down to the demand for partition. Indirectly, the British had rooted the seeds of the ‘two-nation theory’ at the beginnings of the 1900s itself.

But then again, the move of partition was a cleverly calculated move by the government, especially by Lord Curzon, to destroy the nerve centre of Indian nationalism – Bengal. To quote H.H Risley, “Bengal united is a power, Bengal divided will pull in several ways”. Bengali nationalism thus received a mortal blow through his move. The people suffered a physical and mental divide. However, they set aside their differences and agitated together in the anti-partition movement due to the tireless efforts of the leaders.

This view, supported by what is known as the Cambridge School of historians, suggests that only the ‘elitist or majority’ interest groups made the opposition to the partition. They believe that the middle-class groups started the movement to secure their own interests rather than for the welfare of the entire community.

For instance, the Babus of Vikrampore and East Bengal had apprehended that the partition will take away their opportunities for teaching and imparting education due to the creation of the new province of East Bengal and Assam. To add on to this, the Hindu Zamindars had to now appoint two sets of agents for the two provinces. Naturally, the cost of managing estates increased which did not please them. The lawyers lost their clients to the East Bengal High court, newspaper owners also lost their customers, it robbed politicians of their chances to sit in the legislative council. The prosperous Roys of Bhagayakul lost their monopoly trade of Jute and rice due to partitioning of the province.

The anti-partition movement of Bengal could be referred to as one of the first organised constitutional agitations against the British Raj, notwithstanding the violent revolutionary nationalist militant activities which occurred during the later parts of the movement. Another notable aspect is that during the initial phases of the movement, Gandhi was not in India, and the movement was spearheaded by iconic Bengali leaders like Rabindranath Tagore and Krishna Kumar Mitra. People were affected by the partition significantly – the so-called ‘anti-partition’ movement may or may not have been a cry for help by the middle-class groups of Bengal to secure their interests. Nevertheless, the scheme of partition was revoked by 1911 but had significant impact on the political, economic, social and territorial systems in the years to come.