Settling The ‘Permission Raj’ Debate – Is The Supreme Court Right?

The Supreme Court is right to intervene and put an end to notions that ways of protests are unquestionable. 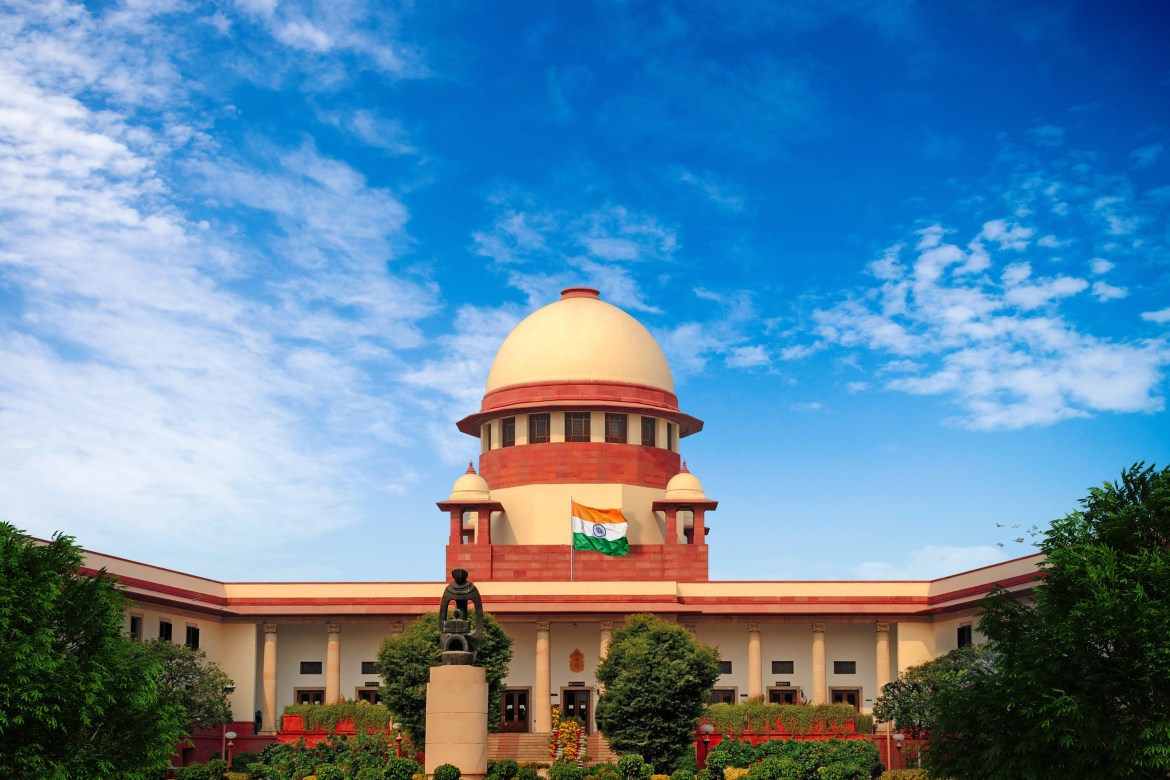 A disadvantage of not knowing about day-to-day ‘legal affairs’ (as opposed to a daily update on politics) is that op-eds have become central to our source of news; and with the added presence of social media, these opinions spread more rapidly than forest fires.

In the last few years, the Supreme Court of India has come under criticism for many judgments. While some of them hold true; in specific the Court’s inability to dispose off cases which demand quicker disposition, such as the Habeas Corpus petitions relating to the detention of people, the Public Interest Litigations (PILs) relating to the electoral bond scheme or the Internet Shutdown case in Kashmir, the mistakes of the Supreme Court have been cited in arguments criticising the judiciary even in cases where it has rightfully upheld the Indian constitution.

At the onset, irrespective of the constitutional validity of the Citizenship Amendment Act (CAA), 2019, the right to dissent against this (or any other) legislation is an inviolable fundamental right. The mode in which such dissent can be expressed are two – one, to challenge the law before the Courts in the hope that it is struck down; and/or two, protest (peacefully) against the legislature for passing the law, asking it to undo its action.

What are the facts?

A petition was filed in the Delhi High Court seeking a direction to the Delhi Police to withdraw the closure of Kalindi-Kunj road, that is the Shaheen Bagh Stretch, which had been closed on account of widespread protests against the CAA.

The Delhi High Court disposed the petition by simply asking the authorities to consider the petitioner’s prayer and act appropriately, keeping in mind the ground realities of the region.

Since the situation did not improve, the petitioner approached the Supreme Court by way of an appeal against the order of the Delhi High Court, which initially appointed two interlocutors to mediate with the protestors and find an amicable solution to re-opening the said stretch of the road. The efforts were unsuccessful.

Despite the protest sites being cleared due to the restrictions placed by the pandemic, the Supreme Court continued to hear the parties to decide whether such protests can be held at the cost of general public disadvantage.

What does the law state?

Article 19 of the Constitution of India, which deals with “Protection of certain rights regarding freedom of Speech”, enlists, among others, two rights which form the subject matter of the present issue.

(a) Freedom of Speech and Expression

(b) To assemble peaceably and without arms

(d) To move freely throughout the territory of India.”

Now the question to be considered, with the facts of the case in consideration is, whether the protestors’ right to freedom of expression trumps the general public’s right to freely move.

In other words, the protest should not cause excess inconvenience to the general public.

What did the judgement say?

The Court relied on the report submitted by previously appointed interlocutors to proclaim that commuters have been inconvenienced greatly due to the closure of the stretch (para 18).

“17) . . . Democracy and dissent go hand in hand, but then the demonstrations expressing dissent have to be in designated places alone. The present case was not even one of protests taking place in an undesignated area, but was a blockage of a public way which caused grave inconvenience to commuters. We cannot accept the plea of the applicants that an indeterminable number of people can assemble whenever they choose to protest . . .

19) We have, thus, no hesitation in concluding that such kind of occupation of public ways, whether at the site in question or anywhere else for protests is not acceptable and the administration ought to take action to keep the areas clear of encroachments or obstructions.

20) We are also of the view that the High Court should have monitored the matter rather than disposing off the writ petition and creating a fluid situation. No doubt, it is the responsibility of the respondent authorities to take suitable action, but then such suitable action should produce results. In what manner the administration should act is their responsibility and they should not hide behind the court orders or seek support therefrom for carrying out their administrative functions. The courts adjudicate the legality of the actions and are not meant to give shoulder to the administration to fire their guns from. Unfortunately, despite a lapse of a considerable period of time, there was neither any negotiations nor any action by the administration, thus warranting our intervention.”

Criticism of the judgment largely revolves around two arguments –

One, that ‘the judgment was a moral sermon against civil rights.’

Two, ‘protests are never meant to be comfortable and convenient. Very nature of a protest is meant to make others sit up & notice that a democratically elected government is doing something that it should not.’

It must always be kept in mind, and the fact respected, that if a person has the right to dissent against the law, another may hold a different opinion and find the same law appropriate and stand in its defence. Even though the latter may not have the right to question the former’s right to dissent, the latter’s right to not be caused substantial and indefinite inconvenience as a result of dissent is protected.

The criticism that the establishment may too often cite ‘inconvenience to the general public’ as a factor to clear off protests, thus interfering in this form of dissent, might be valid.

But one must be mindful that this is not a novel position of the Supreme Court. With respect to protests, this has been the jurisprudence for a long time, both by existing laws and by the rulings of the Court. For instance Kerala, the most literate state in the Country, has a separate law for this – Kerala Public Ways (Restriction of Assemblies and Processions) Act, 2011, which in Section 4 says –

“No meeting or assembly shall be conducted so as to obstruct any portion of the carriageway or footpath”, and,

“No demonstration or procession shall be conducted in such a manner that the entire carriageway or free flow of traffic is fully obstructed”.

Such a law is wholly valid and sensible as it balances both the right to assemble and express on one hand, and the right to freely move on the other. The Supreme Court has consistently, in various judgments, safeguarded the right of the citizens to organise peaceful protests by advising the government against imposing unreasonable restrictions them.

Has the Supreme Court argued against the right to protest or left it to the government to designate a place for such protests?

The answer is no on both instances. It is the right of a dissenter to make his stand known in public, albeit it does not provide the license to gravely inconvenience the general public. This is the context in which the term ‘designated places’ in the judgment is to be read, instead of interpreting it to mean that all protests must be conducted at a place where the general public will not witness it or have access to.

It is fair to be apprehensive that the government, in the present or the future, might cite the court’s decision to deny spaces for expression of dissent, but that has to be judged on a case to case basis, where facts play a huge role in deciding the outcome. The Government must ensure that protests are regulated in a responsible way and make provisions to hear dissent peacefully, without the fear of protests being called off. It must, at the same time, without delay, take affirmative action to minimise inconvenience to the larger public.

The Supreme Court is right to intervene and put an end to notions that ways of protests are unquestionable; even while it is true that the need for protests can not be questioned.

Surya is a student of law, pursuing his final year in the School of Excellence in Law at The Tamilnadu Dr. Ambedkar Law University, Chennai. He tweets at @nar_surya