The Assam-Mizo Conflict Is A Challenge to Co-operative Federalism

This is the first time after 1972 that the escalations between the states skyrocketed, leading to even deaths and injuries. 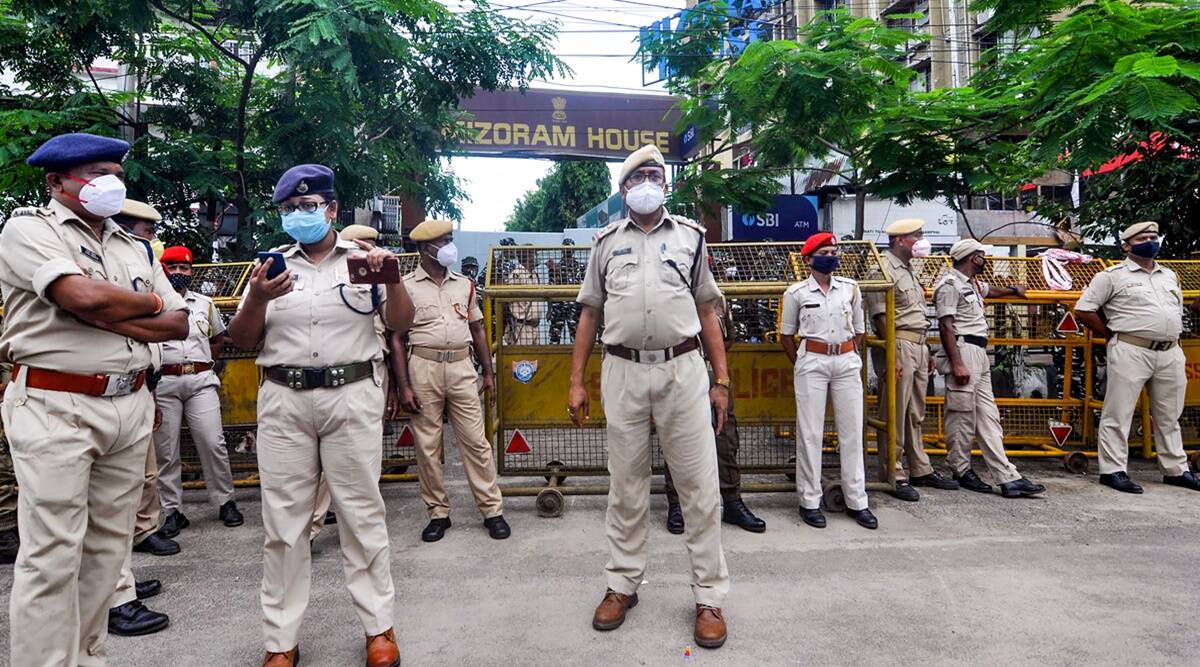 ‘Culture’ can be understood as a unifying system of the signification of normative values which provides people with the reason to identify themselves as members of a community. It does not only provide people with a sense of identity and togetherness but also criteria for evaluation of a person alien to their community or culture. Thus, political boundaries defined by such intricate features of culture often might bring in territorial and border disputes.

As put by Huth (1996) in his book ‘Standing Your Ground: Territorial Disputes and International Conflict’, a territorial dispute occurs when “at least one government does not accept the definition of where the boundary line of its border with another country is currently located, whereas the neighbouring government takes the position that the existing boundary line is the legal border between the two countries based on a previously signed treaty or document.”

Such disputes, which evolve from historical claims, are often the ones leading to territorial administrative dormancy, leading to adaptation of confrontational strategies by either side.

While disputes like these are often a common sight at the international level, one would hardly expect to see such a situation within a state. One such example of an internal border dispute, which dates back to at least a century, is the rift between Assam and Mizoram—a dispute recently in the news following the death of five personnel from the Assam Police during the alleged face-off with their counterparts from Mizoram.

The dispute traces back to the differences between a colonial notification dating back to 1875 derived from the Bengal Eastern Frontier Regulation Act, 1873 and the second notification of 1933 that demarcated the Lushai Hills of current day Mizoram and Cachar Hills of current day Assam differently. While both the regions were administered together, first by the colonial masters and then the erstwhile unified state of Assam, the problem emerged with the gradual disintegration of the state on the basis of ‘culture’. Mizoram was made a Union territory in 1972 and was further given statehood in 1987, following the Mizo Accord in 1986.

The present issue is with the claims of the Mizos who say that they abide by the colonial notification of 1875 that wanted complete sequestration of the Lushai Hills from the local indigenous Lushai tribes, while the Assamese claim to abide by the second notification of 1933, which demarcates the borders differently. The issue gets complicated as the then central government, under Rajiv Gandhi, accepted the 1933 notification for the formation of the state of Mizoram, while the indigenous Mizo groups kept on claiming that it is the 1875 notification that is the basis for the regulation of the inter-state borders.

While the Mizo Accord of 1986 did stop the massive uprising from the Mizo groups due to miscellaneous reasons, including the border disputes of 1972, to an extent, nothing conclusive was settled with the dispute. So was the case with several rounds of diplomatic settlement efforts that happened post-1995. However, this is the first time after 1972 that the escalations between the states skyrocketed, leading to even deaths and injuries.

Such a dispute could be attributed to a concept in sociological-anthropological-legal studies called ‘legal pluralism’, which, as explained by Griffiths (2001) “refers to the situation in a social field in which actors are confronted by more than one set of binding rules whose behavioural requirements are different and sometimes conflicting.”

Cases like these throw a significant challenge at the co-operative federal ethos of the Indian Republic, and solutions must be derived at the earliest for the greater interest of the country and its people. While tools such as remote sensing and satellite mapping have developed with the advancement of technology, which could be used to settle disputes with proper border mapping, the case needs to be dealt with in a further delicate way.

It becomes substantive for the Central government to invoke the inter-state council, as provided under Article 263 of the Constitution, to investigate and deliberate, formally, the interests and further nuances of both the states and try to conclude with a proper plan of action for effective coordination and policy implementation.

The centre should also consider establishing various sub-bodies to understand and deal with various intricacies that might be aroused while dealing with the same. Both the states and the centre having governments from the same party and coalition should ideally make the work a little better for a smoother and effective implementation of the same. Even if it does not, it has to be done at any cost in order to imbibe and protect the ethos of co-operative federalism in the country and for its people to keep faith in the same.

Anurag Dwibhashyam is a final year undergraduate pursuing his Integrated Masters in Sociology from the College for Integrated Studies, University of Hyderabad. An avid writer, debater and speaker Anurag has been a part of about 50 offline and online Model UN conferences and Youth Parliaments.