The Historic Significance Of A Temple’s Victory Against The State Of Kerala: Part II

It is indeed heartening to see constitutional institutions recognising the importance of the cultural ethos of this country. 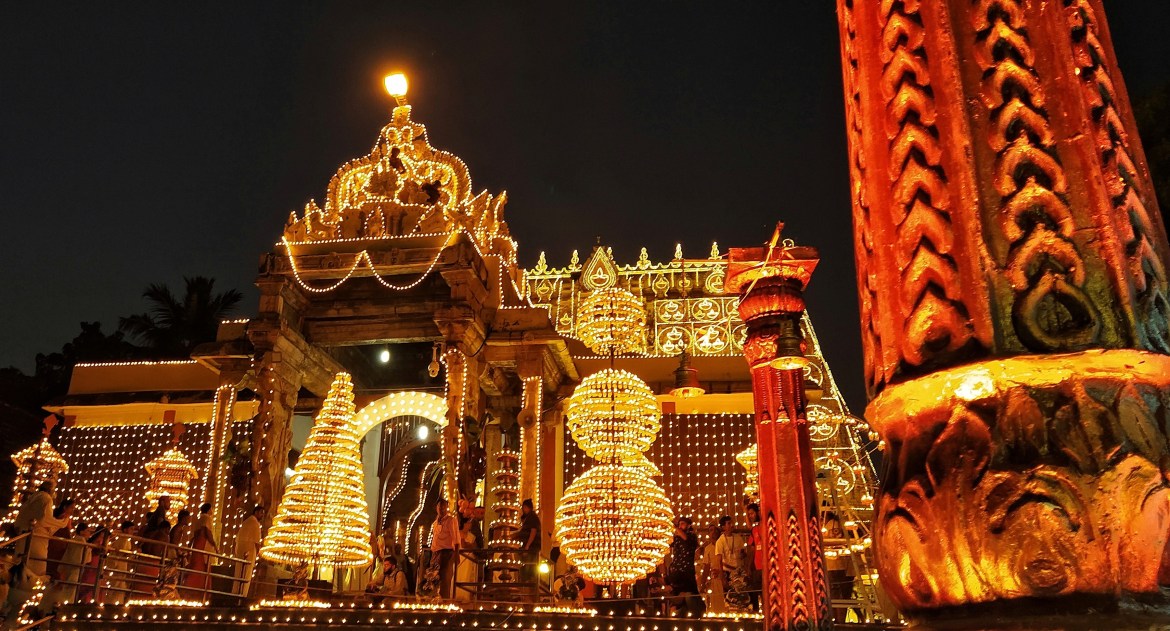 The 2009 petition and the subsequent legal battle

This case started off as a classic owner-tenant dispute wherein a practicing advocate was asked by the then executive officer to vacate the temple premises he had occupied. This led to the filing of a writ petition in the Kerala High Court which questioned the authority of the executive officer who was seeking his eviction specifically, and broadly challenging the legality of the officer’s appointment.

This argument was based on the assumption that no member of the family had the legal right to manage the temple after the death of Maharaja Balarama Varma, who was the original signatory of the covenant. This was further cemented by referring to the twenty-sixth Constitutional Amendment Act, 1971 which abolished the title ‘Ruler’.

The advocate sought the control and management of the temple to be transferred to the State Government. There were also three civil suits filed against the temple by its employees where it desired an order from the court to open the kallaras (vaults of the temple).

In 2010, the then head of the Royal Family, Marthanda Varma filed a writ petition to club all  these suits and transfer them to the High Court. This was to address the central question of authority bestowed by Article VIII of the Covenant, which directed the passing on of the temple management to the successors of the original signatory.

The 2011 judgement and the aftermath

The 2011 judgement answered this question negatively, wherein the High Court held that the Head/‘Ruler’ of the Travancore Royal Family and his successors had no right to control or manage the affairs of the Sree Padmanabhaswamy Temple after the death of the ‘Ruler’ in 1991 who had signed the Covenant.

This conclusion was also based on the abolition of all royal titles by the Constitution (Twenty Sixth Amendment) Act, 1971. The court also issued orders to the government to constitute a trust to take control over the management of the temple and its assets. It also directed the constituted trust to open all kallaras (vaults), audit all the contents and create a museum to display all of the exhibits.

There are two primary concerns regarding the outcomes of the judgement. One is that the old tradition of the Travancore Royal family to manage the temple was re-assigned to the ‘secular’ State. Secondly, the objects of worship of the temple, as per the court decree, were to be monetised by the State and put on display for the general public within the sanctimonious premises of the temple.

The display of these so-called ‘treasures’ by the State not only destroyed the sanctity of the temple but also posed a larger question regarding the ‘secular’ nature of the State. With the display of these invaluable items, the dependency on the State to protect these objects also increased.

It was only a matter of time before the 2011 High Court Judgement would be challenged before the Supreme Court in the special leave petitions of Sree Uthradom Marthanda Varma and the Padmanabhaswamy Temple Trust. The Chief Tantri of the temple and organizations like People for Dharma and Temple Protection Movement also entered the proceedings as intervenors to the petition.

After what can be considered a short time for the Indian judiciary, the fight for justice dragged on for nine long years before the Supreme Court pronounced a historic verdict on this case on 13th July, 2020. The judgement was iconic in many ways.

Firstly, the court recognized that Article VIII of the 1949 Covenant establishes the fact that the Union of India had acknowledged the special relationship of shebaitship that exists between the Travancore Royal Family and lord Padmanabhaswamy.

Secondly, the court also ruled that this special relationship predates the Twenty Sixth Constitutional Amendment Act , 1971, which only aimed to abolish the titles and privy purses that were an impediment in realizing the Republican aspects of India.

Thirdly, the Supreme Court concluded in its judgement that Article VIII of the Covenant formed the basis of sections 18-23, chapter III of the THCRI Act, 1950, thereby stating that these legal provisions provided the right to manage the temple to not only the original signatory of the covenant but also his successors.

Fourthly, this led to the Supreme Court setting aside the 2011 Kerala High Court judgement. It also laid down an administrative structure as per the suggestions of the Royal Family, which opined that the Ruler, who is bound by traditions, shall take all decisions on policy related matters of the temple. The Ruler however is to be advised by a committee of three members as per the section 20 of THCRI Act, 1950.

The Travancore Royal Family also said that a second Administrative Committee of five members shall exercise the powers of administration. However, under section 18(2) of the THRCI Act, the administration will be subject to the supervision of the Ruler.

The third suggestion made by the family was that the decision of the opening of the kallaras (vaults) are to be left to the discretion of the committees, which under the section 20, makes the Ruler’s word final.

Why this is rewarding

The Supreme Court’s judgement is in stark contrast to the 2011 verdict, which is clearly indicated by the return of the shebaitship back to the Royal Family. Paragraph 116 of the judgement also lays down twelve directions, among which are preservation of the religious practices of the temple, recovery of property of the temple and renovation of the temple, all of which are to be done in accordance with the advisory committee, which in turn is the Ruler.

The acceptance of the administrative structure proposed by the Royal Family itself is a huge relief for devotees, thereby placing the Padmanabhaswamy temple in a better place compared to other Hindu temples in India which have been wholly taken over the by the State.

The Supreme Court however, could have limited the number of government appointees (of both the Union and the State) in the various committees, thereby giving effect to Articles 25(2)(1) and Article 26.

Given the various aspersions cast regarding the invaluable treasures of this institution, it could have also addressed the security risks of the temple by ordering the appropriate government to bear the security expenses, which now has been left to the temple to take care of.

Despite these shortcomings, the verdict is a small but remarkable achievement for protecting the traditions of this diverse land. It must be viewed as the revival of the civilisational identity of Bharat, that is India.

It is indeed heartening to see constitutional institutions recognising the importance of the cultural ethos of this country. Whether this is the new normal or an exception, only time will tell.

This is the second article in a two part series. Read the first one here.