The Sepoy Mutiny, A Whirlwind Army And Captain Bhau – Stories Worth Retelling

Many of our history textbooks are filled with misinformation and glorification of a few freedom fighters. 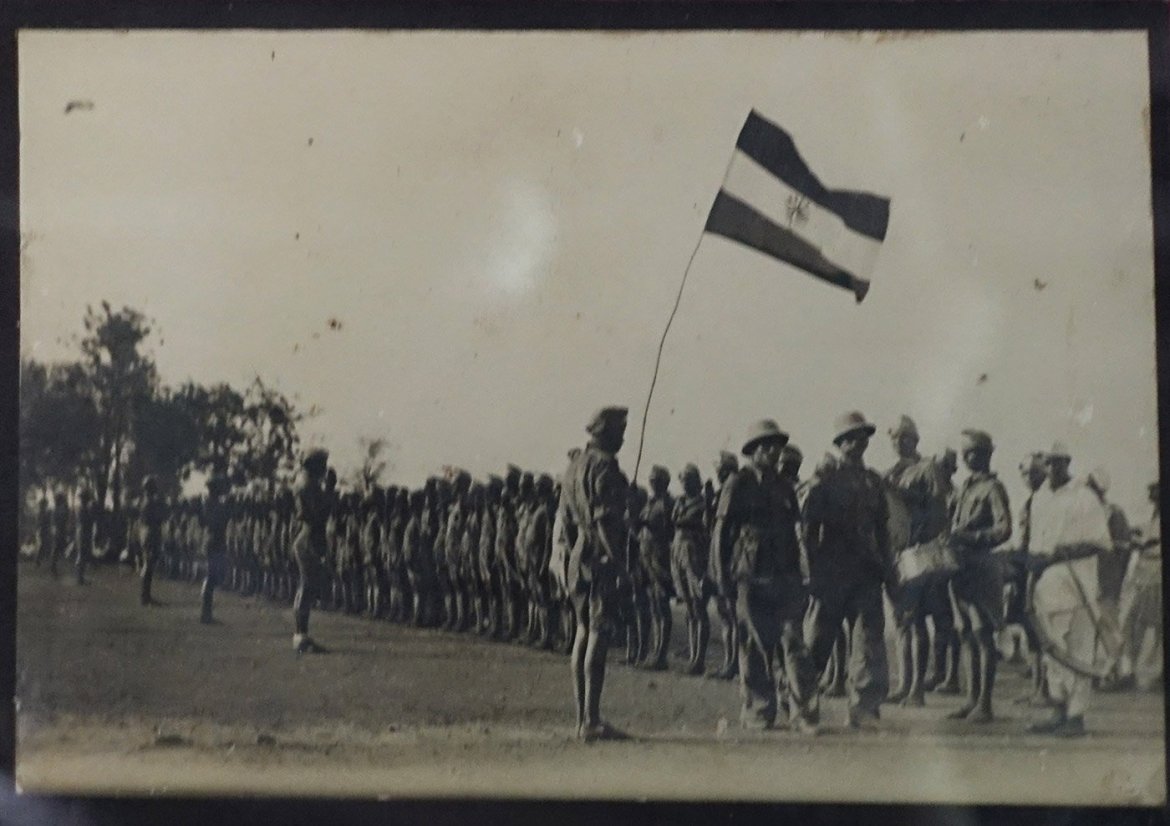 As India transitions into her 74th year of independence, millions of Indians across the world commemorate the birth of an independent and sovereign nation, laid on ideals of freedom and secularism, striving to prove itself to the world. The nation woke on the stroke of midnight on the 15th of August, 1947 after 200 years of colonial oppression suffered at the hands of the British Empire.

If we ask the youth today as to who they think are the greatest freedom fighters, we will hear the usual names – Gandhi, Sardar Patel and Jawaharlal Nehru among others. History textbooks have taught us that India achieved its independence only through the eloquence of prominent freedom fighters such as these. But of course, there were more.

Indian independence was achieved through the mass mobilization of Indians irrespective of caste, creed, gender and other social divisions, millions and millions of whom led countless rallies to fight for the sovereignty of the Indian State, and countless more who sacrificed their lives.

Many of our history textbooks are filled with misinformation and glorification of a few freedom fighters that overshadow the contributions of others, while clearly that was not the case.

Misinterpretation of the Revolt of 1857

A vivid example of this is the Revolt of 1857, popularly referred to as the Sepoy Mutiny. The very fact that it has been referred so, represents the crime of misinformation that plagues Indian history textbooks.

A ‘sepoy mutiny’ is an open rebellion against authorities, effected especially by soldiers. Here, the term ‘authorities’ refers to a legally constituted authority. But the British Government was not a legally constituted authority. Hence, what we witnessed in the year 1857 was not a mutiny of soldiers but the greatest agrarian uprising ever witnessed in Indian history.

In this agrarian uprising, the inconceivable revolts of the adivasis and dalits were somehow never taught to us when we were young. The adivasis and dalits were one among the first communities to lay down their lives for the country and fight for freedom, but unfortunately the last to receive credit for it or reap its benefits. These communities played a pivotal role in our independence and yet we continue to stigmatize and oppress them owing to the tyrannical caste system which continues to dictate Indian lives even in the modern contemporary society.

The Revolt of 1857 is but one example of this gross miscarriage of history. Several fighters such as Tirupur Kumaran (fondly addressed as ‘Kodi Kaatha Kumaran’), Matangini Hazra and Subash Chandra Bose and his Azad Hind Fauj’s (Indian National Army) contributions remain forgotten in contemporary Indian narrative.

A prominent hero among them is Captain Bhau. Now 94, Ramachandra Sripati Lad, fondly called Bhau (brother in Marathi), was the founder of the Toofan Sena or Whirlwind Army.

The Toofan Sena had led a massive raid on a train that contained the salaries of British Government officials. It which was travelling across Shenoli in the Satara district of Maharashtra. Even while recalling the incident several years later, Captain Bhau firmly asserts that the raid they executed was not a ‘loot’ but a necessary recapturing of the money the British stole from helpless Indians. The Toofani soldiers had blocked the movement of the train by moving boulders in-front of, and behind the train, forcing it to a complete halt.

Prati Sarkar – A force to reckon

The Toofan Sena was the armed wing of Prati Sarkar – a parallel government in the modern-day Satara-Sangli region of Maharashtra, which was run by a group of revolutionaries in the wake of Quit India Movement of 1942.

The Sarkar was a legitimate government formed and supported by people in at least 150 villages, effectively overthrowing the British in that region. The Prati Sarkar, headed by yet another unknown freedom fighter Krantisinh Nana Patil, was a powerful force to reckon with. It functioned as the government in the villages it controlled, set up supply and distribution systems of food grains, developed a coherent structure and even established a reliable judicial system.

The Sarkar’s power can be gauged by the fact that it instilled fear in the British police. Even when members of the Prati Sarkar or Toofan Sena were jailed, the guards treated them with respect. Between 1943 and 1946, it was the Toofan Sena and the Prati Sarkar that held sway in Satara until Indian independence became certain. Even against the backdrop of colonial oppression, the Prati Sarkar perfected a system of bureaucracy and exercised democratic principles – something the Biritsh could not.

The Prati Sarkar and its Toofan Sena created some of the most important leaders of India’s freedom movement without receiving any recognition from fellow Indians and the post-independence Indian government. Many also went on to join communist parties.

Even at the age of 94, Captain Bhau fondly reminisces, “We dreamed of bringing freedom and independence to the common man. It was a beautiful dream. India achieved independence but we never fully realized that dream. Today, the man with money rules and that is the state of Indian freedom.” And with that, no greater truth has ever been spoken. The Captain believes that the Toofan Sena still exists and will rise at the advent of another revolution.

All ideological spectrums of Indian politics stand to benefit from the accurate retelling of Indian history. Why then, must this wrong not be righted?