The Simmering Discontent Over NEET

Aside from the political back-and-forth, though, is the question of the legality of the move. 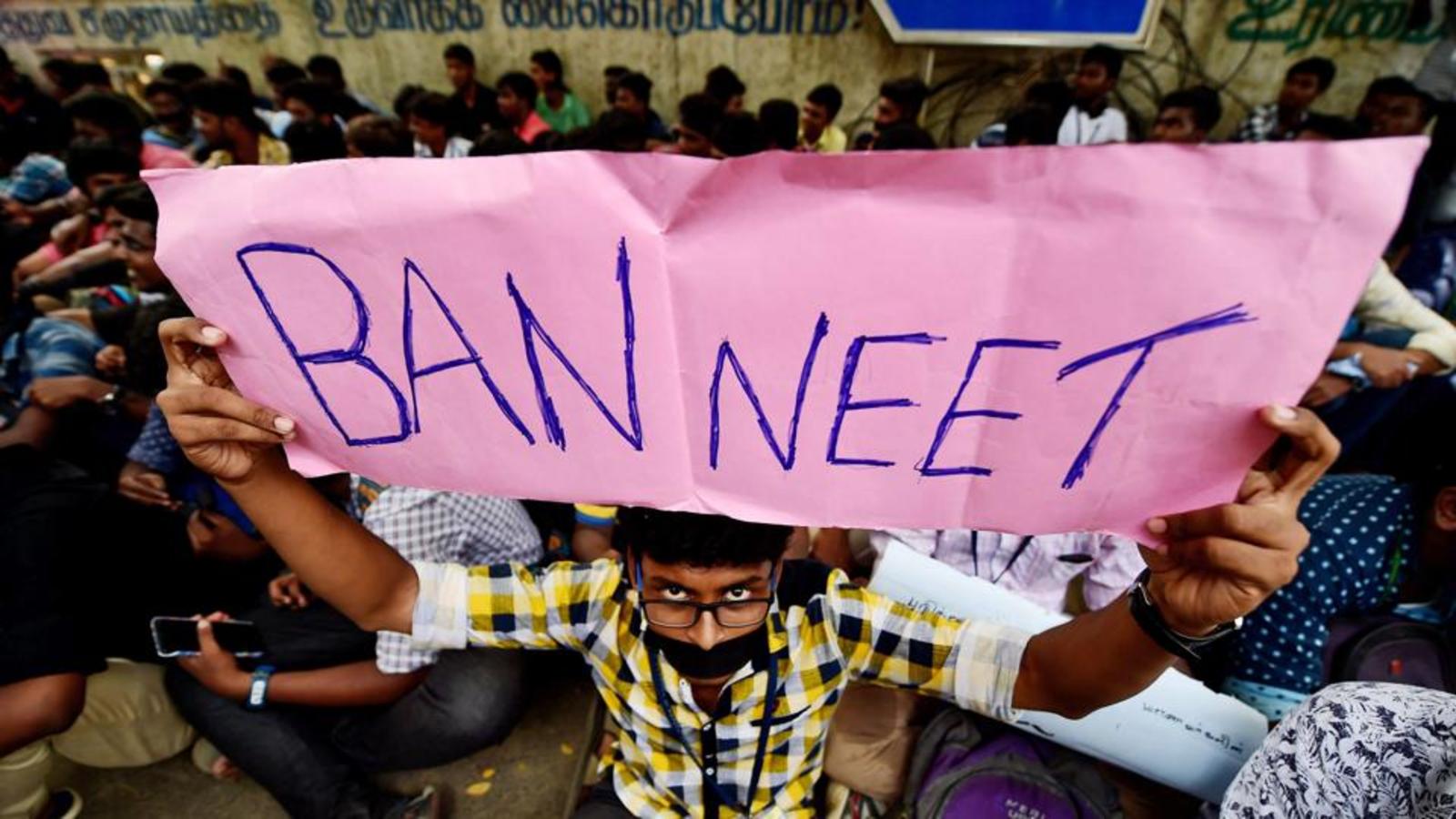 The Tamil Nadu government passed a bill opting out of the National Entrance-cum-Eligibility Test. The issue has been simmering for long, and has sharply divided the state’s politics, even as the DMK and the AIADMK found themselves on the same side.

The Bill seeks to exempt medical aspirants from taking the exam for entry into undergrad courses on Indian medicine, dentistry and homeopathy, opposing NEET because it “undermined the diverse societal representation in MBBS and higher medical studies, favouring mainly the affordable and affluent sections of the society and thwarting the dreams of underprivileged social groups.”

The furore began as cases of suicide by NEET aspirants rose in number. Both the DMK and the AIADMK place the blame on the structure of the NEET, saying it favours the upper classes, and leaves out the marginalised communities.

There has been ample criticism of the move, which is held to be done to gain political brownie points, even as academic quality by all other standards has continued to drop.

Aside from the political back-and-forth, though, is the question of the legality of the move. Does the Tamil Nadu government have the law on its side? The state’s case seems a little bit shaky. It argues that because education as a subject is under the Concurrent list, it has the power to make the amendments it desires. And while that may be true, Article 254 of the Constitution, which talks about the powers of the Centre and the States, holds that if there is a conflict between a Central law and a State law, it is the Centre’s law that will prevail.

The bill currently awaits the nod of the President. Since there is a fundamental difference between what the Centre currently mandates and what the state of Tamil Nadu is trying to do, it is unlikely that the President will approve it, given that he too acts on the counsel of the Centre.

Tamil Nadu is pinning its hopes on a special exemption from the Centre, with the sensitivity around the issue. How it finds a way out of the legal quandary is another matter.