The Supreme Court's Overreach Is A Threat To Our Democracy 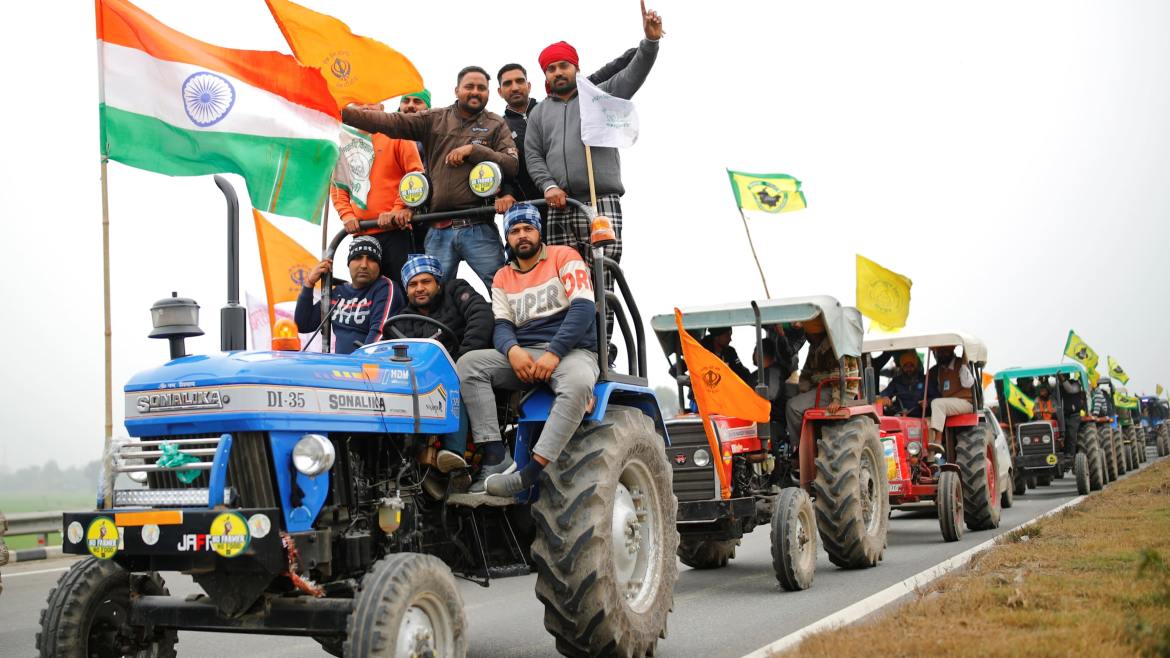 Let’s trace back to the first petition, which was heard on December 17, 2020. The SC ruled that farmers are well within their right to protest. But it also observed that other citizens are denied their right to free movement when roads are blocked. While it protects core democratic freedoms, this ruling was different from that of the Shaheen Bagh protests. In that instance, the SC had ruled that significant disruption of public services and movement aren’t legitimate forms of peaceful protest.

The farmers then expected the SC to examine the constitutional validity of the bills. State governments like Punjab, claimed that agriculture is a state subject. The Centre’s decision to hastily pass a bill without any consultation, they said, subverted constitutional provisions. The Centre, for its own part, justified its move citing its power under the Concurrent List to legislate on aspects of “trade and commerce”. But several experts have argued that farmers do not trade their produce but market their goods. Senior advocate Mohan Katarki claimed that markets are classified as a state subject under entry 28 of List II and that the Centre has no jurisdiction over this.

This takes us to the batch of petitions heard by the Supreme Court on January 11, which asked the SC to revisit its earlier stance. Here, the farmers were not before the SC per se, but had been dragged there as respondents. The Supreme Court, however, stuck to its previous ruling on the protests and declared that there was nothing unconstitutional about the demonstrations. But it didn’t stop there. The real issue, which the court pointed at, was the hasty ramming through of the laws without considering the interests of the farmers. It claimed that the government had to take responsibilities for the impacts of the farm bills and the discontent that it had caused. CJI SA Bobde observed that the court was ‘upset’ with the Centre’s dealing of the issue and felt a need to intervene by implementing a suggestion from the petitions – setting up of an expert committee to review the bill. Pending review, the farm laws were temporarily stayed for 18 months.

There are two critical issues with this. Firstly, the mediation between farmers and the union government is a political process that must be undertaken by the legislature. In principle, any mediation to break the stalemate is welcome. If there is no unconstitutionality involved, Parliament must fix what it broke. Secondly, the court is setting a dangerous precedent by putting on hold laws passed by the Parliament without adequate arbitration about the bill’s contents. The judiciary is supposed to act independent of public pressure and make judgements solely based on the constitution and its interpretation. This precedent offers the judiciary undue power which can threaten the very foundation of democracy. Markandey Katju, former CJI, has written that courts should exercise restraint and avoid the temptation to legislate or exercise executive functions, not only because that is the function of the other organs of the state, but also because the court is not equipped with the technical expertise or resources.

The issues in the farm bills are complicated. Most readers might think of these details as insignificant, which have no relevance outside of theory. But we must understand the role that the judiciary plays in the country and how the SC is interpreting its function. All organs of the state are equipped with the right amount of power in order to balance each other out and keep them in check. It might take months to resolve the various concerns that all parties have with respect to the farm bills. But this must be done by negotiations and democratic tools of engagement, instead of a knee jerk intervention by organs of the state acting beyond their power. Time is a cheap price to pay in the pursuit of protecting India’s democracy.

Harsith Ravichandran is a freshman majoring in physics and mathematics. He’s curious about technology, environment and their interaction with politics and economics. He enjoy’s debating, hiking and a nice cup of tea.