The opposition has accused the government of arbitrarily creating laws to leave out Muslims from the 'idea of India'. 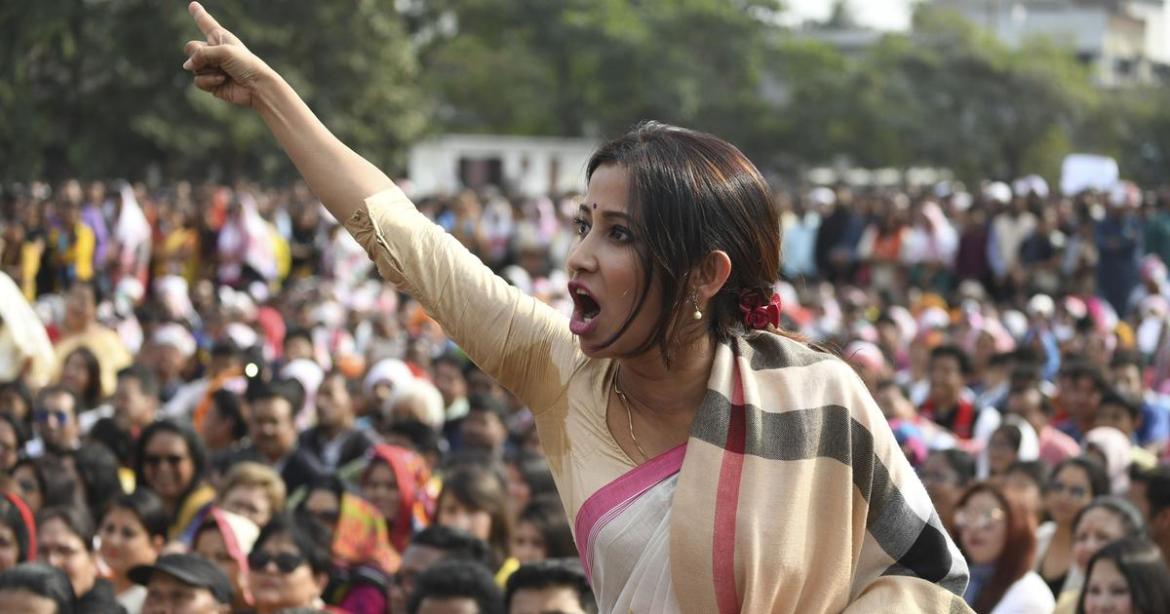 "A revolution is not a dinner party or writing an essay, or painting a picture, or doing embroidery; it cannot be so refined, so leisurely and gentle, so temperate, kind, courteous, restrained and magnanimous. A revolution is an insurrection, an act of violence by which one class overthrows another."

What does the Citizenship Amendment Act (CAA) 2019 aim to achieve?

In simplistic terms, it amends the Citizenship Act 1955 to make it easier for illegal immigrants who fled religious persecution (Buddhism, Sikhism, Jainism, Hinduism, Christianity and Parsi only) from either of the three countries (Afghanistan, Pakistan and Bangladesh) and entered India before 31st December 2014 to get an Indian citizenship.

The act also empowers the Government to cancel a person’s Overseas Citizen of India (OCI) registration if the individual is found to violate any of the laws notified by the Central Government. OCI cardholders are people of Indian origin living in foreign countries (or their descendants) who are entitled to travel, work and study in India.

What are the primary reasons for armed protests against CAA?

A section of people believe that the CAA is a tool by which the BJP led Union Government is making changes to the demography of India by excluding Muslims from the Amendment Act. It is being speculated that a pan-India registry of citizens might be made, which will also exclude Muslims in particular, and the CAA which has been passed will make it difficult for these excluded Muslims to regain their citizenship, while allowing people from other religions a quicker process. This obtusely designed conspiracy theory is behind some of the worst protests some parts of India have seen in recent times.

A detailed study of the Act exposes several loopholes in the anti-CAA movement, and the recent media coverage of protests provide sufficient grounds to argue that most of these protests are emotionally driven, ill-informed, and stand on shaky ground when tested for rationale. This is proven by several journalists who went on ground and asked protestors basic questions about the CAA only to receive hilarious answers.

Arguments in favour of the CAA

The CAA is a specific and purposeful piece of legislation, tailored to rehabilitate minorities that have been subjected to heinous crimes like rape, murder, second-class treatment, loot and inhumane torture simply because they were non-Muslim residents of Afghanistan, Pakistan and Bangladesh, which are theistic countries (ruled by governments subscribing to a particular religion).

The opposition has accused the government of arbitrarily creating laws to leave out Muslims from the 'idea of India'. However, that is not true as the criteria used for creating the CAA is watertight – a) India has a historic obligation towards certain religious-minorities because of the partition, b) neighbouring theistic countries have given primacy to one religion and c) these are countries where broad evidence of persecution is available. Now, Afghanistan may not have been involved in the partition, but there is clear evidence of thousands of Sikhs being persecuted in the past, descendants of whom India is historically obliged to rehabilitate.

Another accusation is that the CAA leaves out the persecuted Ahmaddiya Muslims (who are not considered Muslims in their land). However, India does not hold any moral obligation whatsoever to shelter immigrants that are a victim of infighting between different sects of the same religion in a foreign country. The constitutions of these three countries only differentiate Muslims from non-Muslims, making the persecution of Ahmaddiyas an internal issue that must be dealt with in their homeland. Also, providing asylum to immigrants significantly affects a country’s resources (which are strictly limited), over which the residents of that country have the first right.

It is being said that countries like Myanmar and Sri Lanka are also theistic, where Rohingya Muslims and Tamil Eelams have been persecuted. However, Tamil Eelams are a linguistic minority group and don’t qualify under the ‘religious’ criteria. Yes, Rohingya Muslims are religious minorities, but there are clear signs of economic opportunity in their choice of migrating to India instead of Bangladesh, which is a declared Islamic nation. Bangladesh shares borders with Myanmar; and globally, priority is given to victims of religious persecution over ones that are seeking economic opportunity. It is only fair that India, being a developing country itself, acts frugally when it comes to immigration policies. It must also be noted that article 14, which secures equality for all citizens and foreigners, allows for religious differentiation if the rationale behind doing so serves a reasonable purpose, which in my opinion, the CAA does.

We largely find only the political far-left protesting against the CAA. What is unacceptable in their ways of protest is the use of violence, justified by Mao himself (revolution is not a dinner party...). In response to such violence and hate, the State is well within its power to respond appropriately and set a precedent for the future. Media, the 'fourth pillar of democracy', has only contributed to more confusion by misrepresenting the magnitude of the protests and skewing on-ground realities. Thousands of people in various parts of the country are on the streets showing their support to the CAA without receiving any coverage at all. What the media is missing is the fact that thousands of Dalits will be rehabilitated because of CAA.

To conclude, one must not forget that the NRC was a long-pending Supreme Court-mandated exercise conducted under judicial supervision. In a democracy as vibrant as India, which is powered by one of the most powerful constitutional frameworks in the world, I refuse to believe that any government can escape public scrutiny, alert media houses, the judiciary, large advocacy groups and powerful Human Rights Commissions to get away with selective annulment of citizenships of the largest minority group in the nation. We are kidding ourselves by buying that argument.