This was the optimal use of India’s soft power and diplomatic prowess. 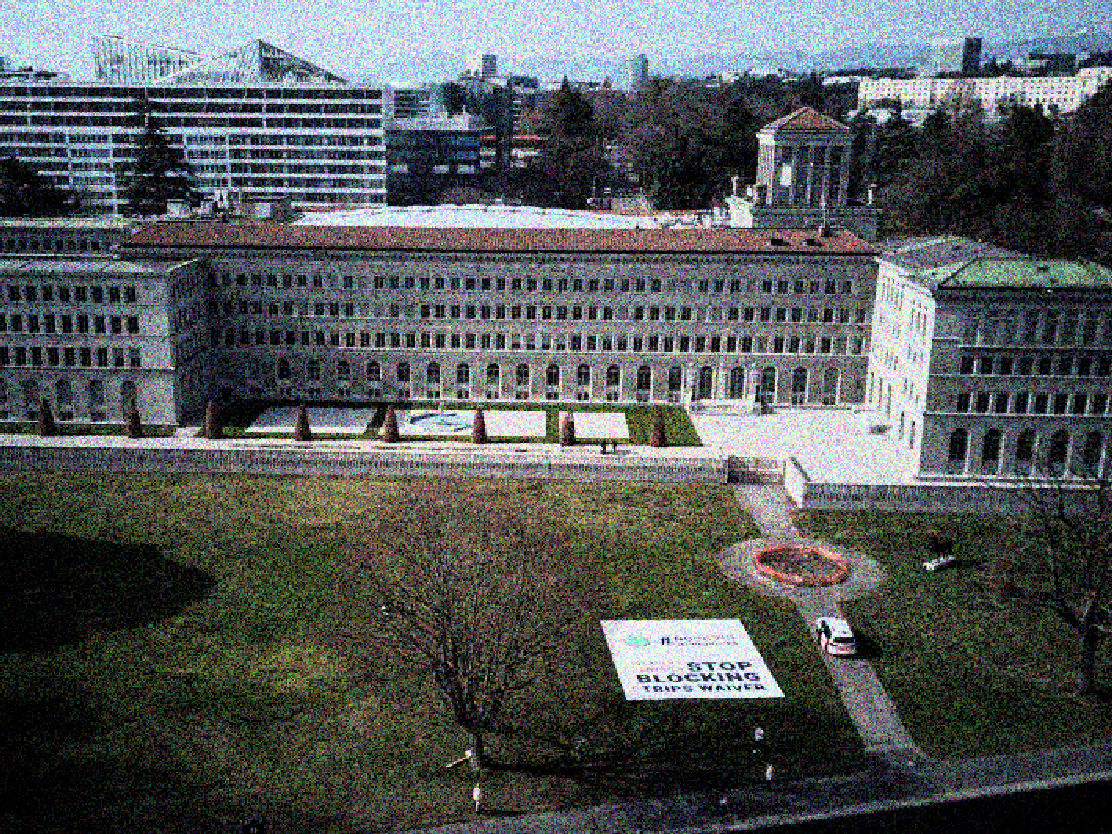 As the pandemic rages on, vaccine and inoculation seem to be the only fix. The question of vaccine equity is a rising concern with narratives of ‘vaccine nationalism’ dominating global geopolitics. At this juncture it is important to analyse how the patent waiver proposal of India and South Africa at the World Trade Organisation (WTO) will pan out in addressing this issue at hand.

The proposal at the WTO

On 2nd October, 2020 India and South Africa submitted a joint proposal at the WTO titled “Waiver from certain provisions of the TRIPS agreement for the prevention, containment and treatment of COVID-19.” The proposal requests that a waiver be granted to members of the WTO so that the member states do not have to enforce intellectual property requirements under several sections pertaining to copyrights and related rights, industrial design, patents, and protection of undisclosed information under Part Two of the Trade-Related Aspects of Intellectual Property Rights Agreement, also known as TRIPS.

As per the waiver, members would be restricted from challenging “any measures taken in conformity with the provisions of the waivers contained in this Decision under subparagraphs 1(b) and 1(c) of Article XXIII of GATT 1994, or through the WTO’s Dispute Settlement Mechanism.”

The proposal was taken into consideration on a WTO General Council meeting on 30th April, 2021. On 21st May 2021, India and South Africa submitted a revised document, adding that under the Doha Declaration the waiver should be in force for at least three years from the date of decision.

The dire situation of vaccine inequity

The director-general of the World Health Organisation Dr. Tedros Adhanom Ghebreyesus issued a rather politically incorrect statement where he called this vaccine disparity “a scandalous inequity” and also sternly remarked that the world was “on the brink of a catastrophic moral failure” while indicating how this disparity could lead to a replay of the 2009 Influenza Pandemic. Recently, the newly elected President of the UN General Assembly Abdullah Shahid, in an interview, commented on the necessity to avoid vaccine nationalism at all costs.

The data echoes their concerns. A report by the American Association for the Advancement of Science (AAAS) shows that more than 85% of the vaccines manufactured have been used to inoculate citizens of high and upper-middle income countries while the countries with lowest per-capita GDP have access to only 0.3% of this pool. According to the Duke Global Health Innovation Centre, America is expected to stockpile 300 million additional doses by July.

While the GAVI initiative of the WHO aims to provide vaccine stockpiles to the 92 most poor countries in the world, it has only 68 million doses via the COVAX initiative. CEO of the GAVI alliance, Seth Berkely recently made a statement where he said that the GAVI alliance will be short of 190 million by the end of June if no concrete international vaccine distribution mechanism is installed.

Global reception of the waiver: A diplomatic victory for India

The waiver comes as a respite to the WHO with the ability to bolster production. According to some projections, all manufacturers are estimated to produce 5.5 billion doses this year while the target set by the WHO is 14 billion. To quote the Indian Ambassador at the WTO, “If we fail in the next one or two quarters by not delivering on the TRIPS waiver, let me tell you we will not just fail on the question of equity, we are coming in the way of global growth and livelihoods. It is not only that we are coming in the way of life.”

On 17th May 2021, this proposal received co-sponsorship by more than 60 countries.  On 1st June, 2021, the BRICS group at a foreign minister level meeting too pledged their support to the India proposal at the WTO. This reflects the geopolitical goodwill that India enjoys among various multilateral forums.

However, the biggest booster to this proposal was on 5th May, 2021 when the US Ambassador to the WTO Katherine Tai had expressed the Biden administration’s support for the proposal. This solidarity from the US is expected to come after difficult backdoor negotiations from the Indian envoy at Washington by reaching out to key members of the House and Senate. Ambassador Sandhu of India along with his South African counterpart is said to have played an important role in convincing the Foreign Affairs Subcommittee on Africa and Global Health at the US Congress. This was topped up by a call by POTUS to Prime Minister Modi which as per diplomatic protocol. The Prime Minister of India also raised the importance of this proposal and the macro issue of vaccine inequity at the recently concluded EU Summit.

The US support to the proposal is expected to have a snowball effect on the other countries who have taken an opposing stance on the waiver. This was the optimal use of India’s soft power and diplomatic prowess to ensure not only vaccine parity among countries but also provide a space for India as an entrant to the 'superpower' club at least among the developing nations.