We Need To Rethink The Rules Of Warfare

Although it needs to be avoided at all costs, there exists an undeniable proposition that war is inevitable. 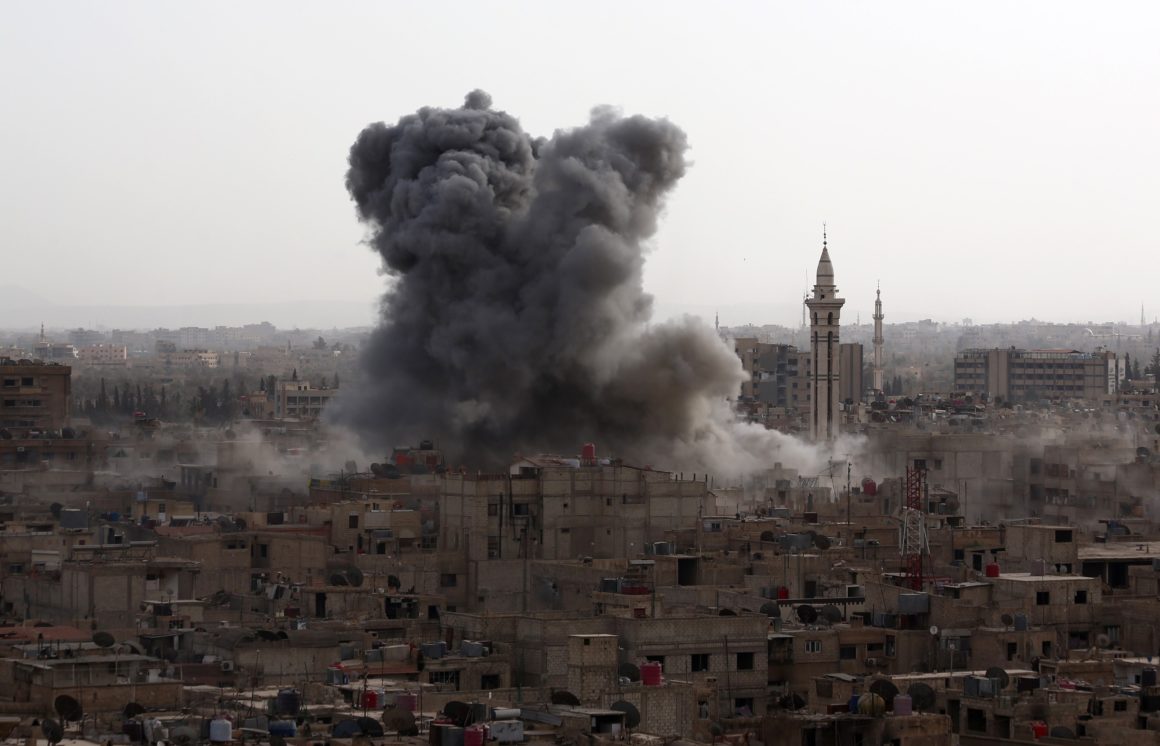 Smoke from an explosion in a city in Syria | Picture: AFP

In concepts of warfare and diplomacy, morality is always an element. A war without morality and conventions governing it result in a dystopian society rid of human dignity, as seen in examples throughout history. Although it needs to be avoided at all costs, there exists an undeniable proposition that war is inevitable. We also live in a world that no longer prevails under the classical dichotomy of war and peace. To say the least, there at most should be a set of principles governing this unavoidable phenomenon to prevent actions that shake the moral conscience of the international community.

The Geneva Conventions seek to accomplish this very purpose. Although often blatantly regarded as a suggestion rather than a protocol, it still upholds the values of human dignity, strives to reprimand the actions of perpetrators of horrific war crimes and works toward the rehabilitation of those affected by the scourges of warfare.

The set of criteria under which war is justifiable was established to make the process of declaration of war non-circumventable. The feat of a formal declaration of war sets into motion a series of conventions and proprieties that are mandated to be followed during an engagement.

Under the practice of international law and laws of war comes the theory of ‘just war’, or more specifically jus ad bellum (Latin, right to war). The phrase refers to a set of binding and defined conditions required for the declaration of war by one state on another. In other words, it is what makes waging a war or using armed force ‘just’.

It derives its legitimacy from the United Nations Charter which clarifies under Article 51 the exceptions for using armed force. The UN Security Council, acting on the basis of Chapter VII of the Charter, may also decide to resort to the collective use of force in response to a threat to peace, a breach of peace or an act of aggression. The acts of immediate self-defence in conformance with the Charter allows “the use of force to maintain or restore international peace and security.

The principles of jus ad bellum are subject to scrutiny in the modern world of warfare, departing from the classical dichotomy and traditional symmetrical war and moving towards haphazard realities. This includes the involvement of non-state actors such as terror groups, asymmetric warfare, technological warfare and even the mere act of the use of armed force without the official declaration of war. In contemporary diplomacy, there is a necessity to delimit the extent and coverage of the provisions of jus ad bellum.

Instances of flouting the ‘just war’ legality and the Geneva convention are widespread in countries such as Syria, Iraq, Yemen, Afghanistan, Libya, South Sudan and Somalia to name a very few. The nuances of modern warfare need to be included within the domains of jus ad bellum to ensure an ethical and legitimate causes belli (justification for war).

The probability of success is a principle that defines that war can only be conducted if there is a ground of moral success attained at the end of it. An intervention should not be for intervention’s sake but rather with a significant amount of certainty of upholding peace. These grounds are rather obscure and impractical, especially when proxy conflicts are involved.

The NATO intervention in Kosovo, though an act of war against Serbia, was deemed to be a success on the grounds of putting an end to the human rights abuses that were then being perpetrated against the ethnic Albanian population. Though a formal declaration entailed, no one could exactly earmark whether the ‘humanitarian war’ would be a success or not. On the converse, the United States involvement in Vietnam was not justified on similar grounds.

Proportionality entails that armed force can only be used if the risks involved are proportional to the military objectives. If the objectives of declaring war outweigh the risks or collateral, aggression may be allowed in certain conditions. Infamously, the principle of proportionality has resulted in the killing of civilians through airstrikes, in the simple justification of neutralising a high-value target.

Last resort stipulates that war, although unavoidable, should only be used as a last resort measure after all other non-aggressive means such as sanctions or diplomatic back channeling have been exhausted. Further, it demands a non-exaggerated response to any act of aggression.

Depending on the circumstances, this ability could be significant from a strategic and tactical perspective. Yet, this principle does not take into consideration the act of aggression without the declaration of war. The concept of varied methods of warfare has also been discredited. The practice of cyber warfare whose purpose is to cause destruction, but not through active aggression, will not fall under the domains of what the present jus ad bellum stipulates.

In current diplomatic discourse, there is consensus that jus ad bellum needs to keep up with the dynamic changing methods of war. In their current form, albeit complemented by the Geneva Conventions, the principles are vague and ambiguous.

There are visible fissures in its values including discounting the presence of non-state actors, pre-emptive declaration of war and the use of armed force without the act of formal pronouncement of war. Quite visibly, the law and its allied decrees need to be renewed enveloping any and all types of aggression binding under the charter of the UN and the Geneva Conventions.

An airtight conditional mechanism should replace the archaic provisions to ensure that perpetrators of unjust war should be brought to justice. War remains a fated actuality. Whatever the circumstance may be, the laws governing war should prevent what diplomacy could not at first achieve- the respect for human dignity and conscience.