What Is Religion's Place In 'Modern' Society?

Religion as a social institution is far too pervasive to disappear with the rise of the ‘modern, secular intellectual’. 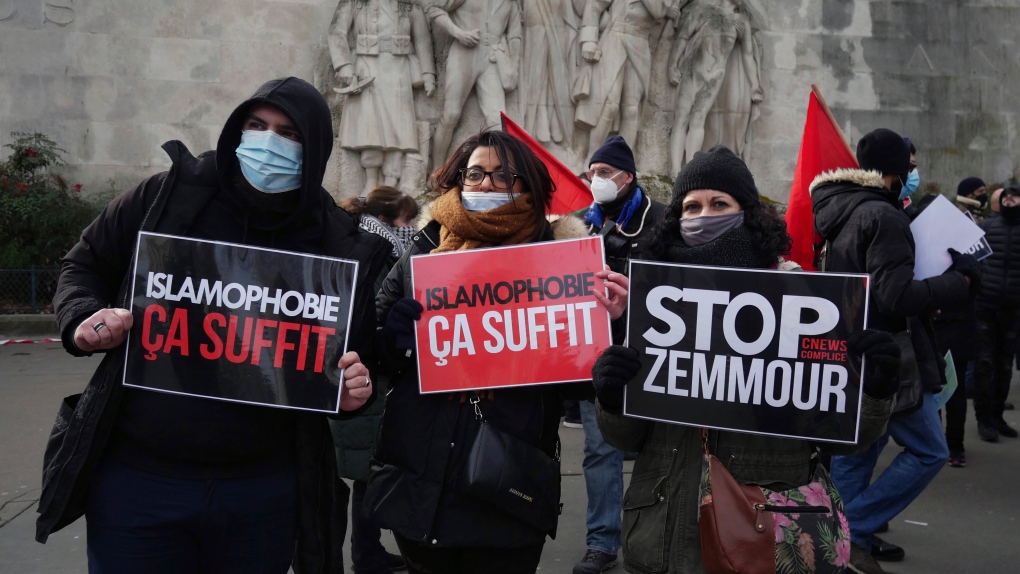 With the rise of religious fundamentalism, the term ‘religion’ itself has come to acquire negatively charged connotations. To add to the tension, ‘modernity’ is being equated with a form of secularism that is devoid of any space for religion. In other words, it appears as though one cannot be modern and secular without showing religion the door. It becomes a zero-sum identity marker, a case of either/or. However, religion as a social institution is far too pervasive to disappear with the rise of the ‘modern, secular intellectual’ as many a modern, secular intellectual have predicted.

How do we define secularism?

Separating the religious and political spheres has been at the crux of several policy debates in almost all nations, and manifests itself in the form of the varied definitions ascribed to the term ‘secularism’ in different parts of the world.

The French notion of secularism caused quite a stir following Emmanuel Macron’s Anti-Extremism Bill, reflecting France’s determined pursuit to establish a society that does not allow any form of public expression of religion. This version of secularism has caused uneasiness across the globe due to what is held to be a suppression of religious freedom. The French defence is that religion is a matter that belongs to the private sphere alone and therefore, secularism necessarily involves removing all religious elements from the public space.

The American approach, on the other hand, involves ignoring religion entirely in the public sphere, without any active effort to suppress or reform religious elements. It simply does not seek to engage with anything related to religion. Apathy becomes the central tenet of secularism in this approach.

Secularism in India is yet another variation, where the state is supposed to treat all religions equally. This does not imply disengagement; in fact, state intervention to reform religions is a normalised aspect of Indian secularism. While the variations as defined above may not seem very problematic, the ambiguity that persists within these defined categories is a cause for concern.

What needs to be noted before we progress any further in our discussion is that the concept of religion exists at multiple levels. It exists at the macro-level—in the form of group identities in politics, and in the form of national holidays that trace religious origins but in most cases are celebrated by all groups. It exists at the community level—in the form of village temples, Sunday Mass, and the call for 'Maghrib' (the evening call for prayer in Islam). It exists at the individual level, in highly private matters such as donning a particular item of clothing, eating choices, organising daily routines around prayer times, and so on. Religion, here, is simply a part of one’s everyday existence, and not a cause of communal unrest.

And yet, despite the ordinariness with which religion exists in most of our lives, there exists a gap between the ‘modern’ values of liberty and progressiveness and that of being religious. At the extreme end of such a perspective would be the idea that a religious person cannot be secular. We understand that religious fundamentalism, in all its forms, is the culprit. However, in our attempts to not tolerate the extremes, perhaps we have pushed away religion in its entirety, leaving no space to comment, critique or reform it.

Religion in the public sphere

At this juncture, it becomes necessary to clarify what I am referring to when I use the rather ambiguous term ‘secular’—the important difference between mere tolerance and genuine religious freedom. Tolerance involves a dominant authority that is tolerating all other systems of faith. It inherently involves a hierarchy where one system is treated as the standard against which all others are measured. On the other hand, liberty of conscience or religious freedom involves an acceptance of all faiths (including agnostic and atheistic ones) and an equal treatment of all individuals, regardless of their religious affiliation. Liberty of conscience, as discussed by the English minister Richard Price, involves discarding the assumption that one’s own faith is unquestionably true and thereby superior to all others.

Leaving religion to be confined within spaces of devotion, and harbouring the belief that religion only dictates and cannot be questioned, makes the institution resistant to change. However, change is the only constant in today’s rapidly globalising world. If religion cannot keep up with these changes, the divide between adherents of various faiths as well as between believers and non-believers will widen. When these differences gain traction in the political sphere, one’s religious affiliation directly translates to the degree of access one has to scarce resources such as political power and representation in the government. Communal politics tend to pave the way for communal violence, and the consequences of this can be devastating.

Even as I argue for religion to be de-linked from politics and governance, it would be unrealistic and unnecessary to advocate for erasing religion from the public sphere entirely. Instead, redefining the secular space could lead to a real reformation of religion, especially in the Indian context, where the term has come to acquire varied meanings. Religion needs a space where it can be questioned and critiqued, and this is usually not found amongst the unbendingly religious, or the opportunistic communalist.

If secularism entirely shuns any mention of religion in academia, civil society or other spaces in the public sphere, religion becomes a rigid category and the religious feel alienated. Moving away from the prejudiced notion that the term religious implies anti-modern or illiberal would free up the space required to question, criticise and reform elements of religion that do not conform to liberal ideals. Creation of this space requires active effort from the side of the religious as well as those who advocate for secularism. Such a space could be the first step towards reforming religions in accordance with liberal values.

Devika Dinesh is currently a second-year Integrated Masters student at IIT Madras, who is as undecided about her major as she is about most things in life. She is a Freedom Fellow with South Asia Students for Liberty.